UNSW scientists will co-lead the fastest ever survey of stars in our galaxy, following the launch of a revolutionary Australian instrument that can observe more than a million stars a year. 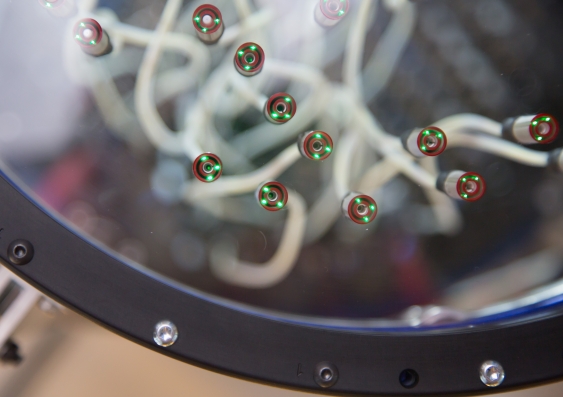 Some of the 150 Starbugs inside the TAIPAN instrument attached to the UK Schmidt Telescope at Siding Springs Observatory. Photo: David Brown, AAO

UNSW scientists will co-lead the fastest ever survey of stars in our galaxy, following the launch on thursday of a revolutionary new Australian instrument that can observe more than a million stars a year.

The $7 million TAIPAN instrument, which contains 150 mini-robots called Starbugs that rapidly and accurately align the optical fibres of a telescope to target stars and galaxies, was launched by the Assistant Minister for Science, Jobs and Innovation, Zed Seselja.

Designed by the Australian Astronomical Observatory (AAO) and installed on the UK Schmidt Telescope at Siding Springs Observatory near Coonabarabran in NSW, TAIPAN will allow astronomers to make new discoveries about dark energy, dark matter, and galaxy and star formation and evolution.

Two astronomical surveys will be conducted using TAIPAN: the FunnelWeb stellar survey of more than 3 million stars, co-led by UNSW and the Australian National University (ANU); and the Taipan galaxy survey of two million galaxies, co-led by ANU and the AAO. 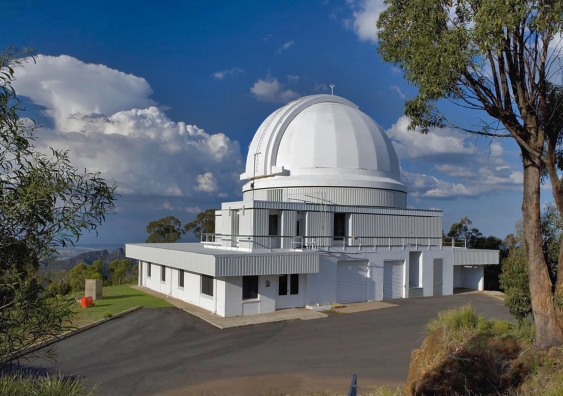 “The technology built into TAIPAN is revolutionary because it allows all 150 Starbugs to independently move to new targets, saving enormous amounts of time,” said UNSW astronomer Professor Chris Tinney, co-leader of the FunnelWeb stellar survey.

“This means we can reposition and observe another 150 stars roughly every six minutes. That means about 15,000 stars a night, or more than a million stars a year. It’ll be the fastest survey of the stars in our galaxy ever obtained.”

From the observations, the team will create a detailed spectrographic database for millions of stars in the Southern Hemisphere.

“This will allow us to search for new planetary systems. We will be able to identify the youngest stars – the stellar nurseries where young planets have recently been born,” says Professor Tinney, head of Exoplanetary Science at UNSW.

“And it will provide us with an unprecedented map of the structure, history and future of our home – the Milky Way – all thanks to Australian innovation and vision.” 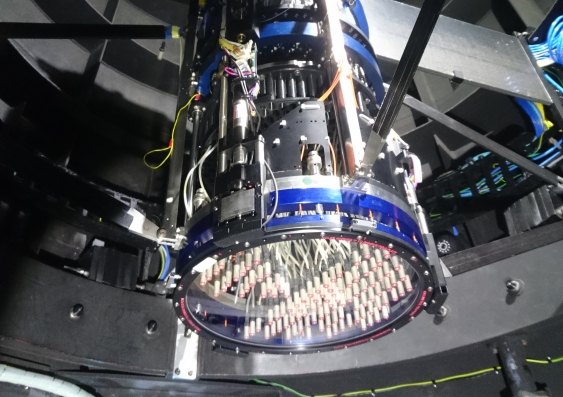 The TAIPAN instrument with its 150 Starbugs inside the UK Schmidt Telescope at Siding Springs Observatory. Photo: David Brown, AAO

The Taipan galaxy survey will be the most comprehensive spectroscopic survey of the Southern Hemisphere ever undertaken and will, for the first time, measure the current expansion rate of the universe to 1% accuracy.

Senator Seselja said Australia had always punched above its weight in astronomy: “TAIPAN is a fantastic example of our world-renowned capability in building and using specialised fibre-optic spectroscopic technologies.

“I’ve seen the StarBugs technology first hand at the AAO in North Ryde and now on the telescope itself. It’s an extraordinary innovation with tremendous opportunities for researchers and discovery here and overseas,” he said.

TAIPAN project scientist at AAO, Dr Kyler Kuehn, said: “We’ll be able to do an enormous amount of science that was barely conceivable a few years ago, thanks to the Starbug fibre positioners that are the cornerstone of TAIPAN.”