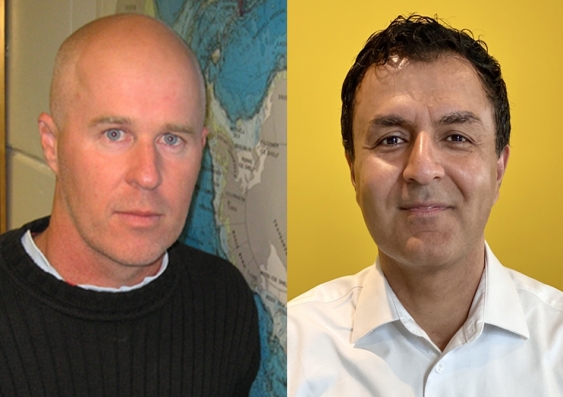 The Royal Society of NSW has announced its 2019 awards for outstanding achievements in research.

Scientia Professor Matthew England FAA FRSN, from UNSW’s Climate Change Research Centre, has won the Royal Society’s 2019 James Cook Medal. He is recognised as a world-leading expert on how the world’s oceans control regional and global climate on time scales from seasons to millennia.

One of the Royal Society’s most prestigious awards, the James Cook Medal was established in 1947 and is awarded periodically for outstanding contributions to science and human welfare in and for the Southern Hemisphere.

The 2019 James Cook Medal recognises Professor England’s sustained track record of outstanding research and discovery in areas that impact human welfare, both in Australia and across the Southern Hemisphere. His research has led to improved predictions of rainfall and climate variability, discoveries of the oceanic drivers of severe drought and flooding rains, and quantification of the impacts of climate change and the fate of ocean pollution.

“This is a tremendous honour – the Royal Society of NSW is one of the oldest learned societies in the world and I’m delighted to receive the Society’s James Cook Medal this year,” Professor England says. “The past recipients are all legends of Australian science and I’m humbled to be added to the honour roll.

“Winning this award wouldn’t be possible without the tremendous work of my team at UNSW. I have the privilege of working with a group of outstanding PhD candidates and early career scientists. As a team, we get to do science I couldn’t imagine undertaking as a lone researcher. This award goes out to them as well.”

Professor Kourosh Kalantar-Zadeh FRSC FIET, from the School of Chemical Engineering, has been awarded the Royal Society’s 2019 Walter Burfitt Prize. The professor is renowned for his research and development in the areas of liquid metals, atomically thin materials and ingestible sensors.

The Walter Burfitt Prize is awarded every three years for research in pure or applied science deemed of the highest scientific merit.

This year’s Royal Society prize recognises Professor Kalantar-Zadeh’s prolific research – he was deemed a ‘highly cited researcher’ by Clarivate Analytics in both 2018 and 2019. His research outcomes have frequently been first-in-world and have set the international agenda in areas such as two-dimensional (2D) materials, liquid metals and microfluidics, and point-of-care diagnostic systems and sensors.

“I am truly honoured to receive this award,” Professor Kalantar-Zadeh says. “More than for me, this is recognition of the hard work of my past and present group members.

“It’s important to me that it is a prize for those who are involved in applied sciences and that the multidisciplinary nature of my group – working on various areas of two-dimensional materials, ingestible sensors and liquid metals – could potentially receive it.

“This is also very special for me, because it is my first award that is largely associated with my work at UNSW.”

This year marks the third time in a row that UNSW Sydney researchers have won Walter Burfitt Prize. Scientia Professor Justin Gooding from the School of Chemistry was awarded the prize in 2016 and Scientia Professor Michelle Simmons, Director of the Centre of Excellence for Quantum Computation and Communication Technology, won in 2013.