A proposal by a UNSW scientist to study the DNA of a wild-born Australian desert dingo called Sandy has been announced as one of five finalists in the World’s Most Interesting Genome competition. 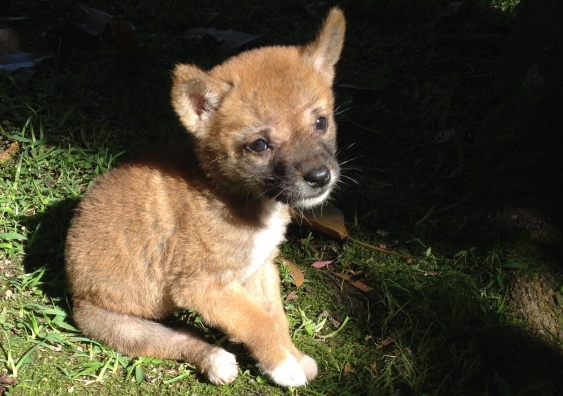 A proposal by UNSW scientist Bill Ballard to study the DNA of a two year old Australian dingo called Sandy Maliki has been announced as one of five finalists in the World’s Most Interesting Genome competition.

More than 200 international entries were received for the Pacific Biosciences SMRT Grant, which provides services worth about $13,000 to sequence the complete genome of a particularly fascinating or important plant or animal.

The general public will decide the winner and Sandy fans are encouraged to vote on the competition website. Sandy’s progress can also be followed on the DancingwithDingoes Facebook page.

Sandy and her sister and brother were found as three-week old pups in the central Australian desert near the Strzelecki Track in 2014 by NSW animal lovers Barry and Lyn Eggleton, who have hand-raised them ever since.

“They were dehydrated, covered in parasites and close to death,” says Professor Ballard, of the UNSW School of Biotechnology and Biomolecular Sciences.

“Fortunately these three amigos were saved and have been raised under idyllic conditions by Barry and Lyn, who have devoted their lives to them. Our initial genetic testing has already shown that Sandy is a pure desert dingo.”

If funded, the project would be the first to test Charles Darwin’s 1868 hypothesis that the process of domestication of plants and animals can be divided into two steps that we now call unconscious and artificial selection. Unconscious selection may be defined as non-intentional human selection, while artificial selection is the breeding by humans of desirable traits.

“As a wild-born pure dingo, Sandy provides a unique case study,” says Professor Ballard. “Pure dingoes are intermediate between wild wolves and domestic dogs, with a range of non-domesticated traits. 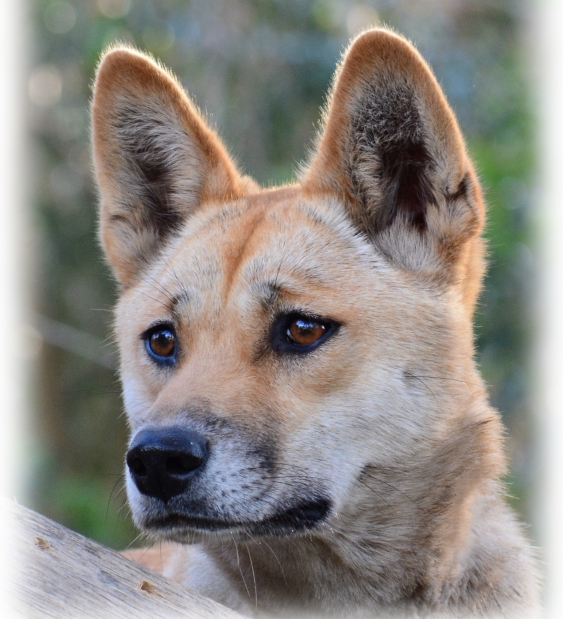 “Obtaining the genetic sequence of a wild-born pure dingo would be ground-breaking in helping pinpoint some of the genes for temperament and behaviour that underlie the transition from wild animal to perfect pet.

“It would allow us to better understand the DNA changes between wolves and dingoes (unconscious selection) and dingoes and domestic dogs (artificial selection) for the first time. And we would love it if people voted for our proposal,” he says.

Barry Eggleton adds: “Dingoes are highly intelligent and very well adapted to the extremely harsh conditions found in many arid parts of Australia. Sandy is very fast and agile and a real treasure. Dingoes are different to domestic dogs. We should protect them. And I am sure the DNA will show some intriguing information.”

The research team includes Professor Claire Wade of the University of Sydney, Dr Richard Melvin of UNSW, Dr Robert Zammit of the Vineyard Veterinary Hospital and Dr Andre Minoche of the Garvan Institute of Medical Research.

Dingoes were introduced to Australia about 5000 years ago, with genetic evidence suggesting they originated from East Asian domestic dogs. They bred in isolation until the arrival of domestic dogs after European settlement.

UNSW researchers have developed a test using more than 20 genetic markers which can provide an estimate of the percentage of dingo ancestry in a dog. It is available commercially from the university.

Both Barry and Lyn Eggleton have kept dogs all their lives and understand how they interact with people, which gives them good insights into the different behaviours of their three dingoes.

“Being hand reared we are their parents, and the bond and affection that has developed is as strong as with domestic dogs, if not more so. So there is not a lot of difference on that front,” says Barry.

“Dingoes are incredibly independent. Our three musketeers would survive without question even now if taken to an outback location. They have not lost their hunting skills.

“No adult dingo has taught the unusual behaviours we witness in these three. It’s natural. They are highly intelligent, they learn so quickly and they are observers. They do not need humans to survive.

“Genetics and physique I believe are honed for survival. The central Australian desert where these three come from reaches 40 to 48 degrees through the summer months and easily down to zero degrees in winter. And they are so athletic – not quite tree climbers, but they love to try,” he says. 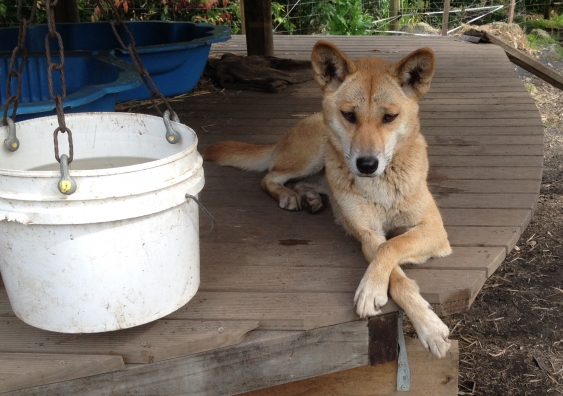