The writing is on the wall for coal-fired power in Australia, writes Mark Diesendorf. 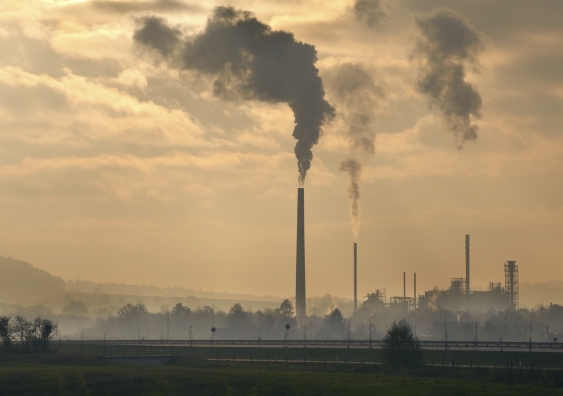 OPINION: The writing is on the wall for coal-fired power in Australia. Despite federal government attempts to stop the growth of renewable energy, all they can do is delay the inevitable transition.

South Australia, with no freshwater hydro-electric potential, is the leading mainland state in the transition to renewable energy. Last year 33 per cent of its annual electricity consumption was generated by the wind and 6 per cent from rooftop solar. Furthermore, its electricity system has already operated reliably and stably for hours when the contribution of variable renewable energy reached two-thirds of demand. Recently wind power and gas coped admirably when the coal-fired Northern power station went unexpectedly offline.

Coal power will soon disappear from SA and eventually from the whole country. Because wind has no fuel cost, it can bid the lowest price into the electricity market and so is ranked higher in operating order than coal. The result: coal is displaced from operating as base-load (24/7) power, coal's economics become worse and incidentally the wholesale price of electricity decreases.

This is the real reason our Prime Minister is trying to stop the growth in wind power. It has nothing to do with aesthetics or the sham 'wind turbine syndrome', but everything to do with Mr Abbott's misguided commitment to coal.

Hourly computer simulation modelling by Dr Ben Elliston and colleagues at UNSW show that the National Electricity Market could be operated entirely on scaled-up, commercially available, renewable energy sources. Some of this research is summarised in my 2015 report to the Conservation Council of South Australia, now available online.

The NEM could be supplied reliably by a combination of variable renewable energy sources (wind and solar PV) and flexible, dispatchable sources (hydro with dams, gas turbines and concentrated solar thermal power with thermal storage). It is the combination of variable and flexible sources, together with geographic dispersion of wind and solar farms, that is the basis for reliability of 100% renewable electricity systems.

Biofuelled gas-fired turbines (essentially jet engines) and demand management via 'smart' meters and switches could manage the infrequent small lulls in wind and solar supply. Gas turbines have low capital cost and, if operated infrequently, low running costs. Therefore, until other kinds of energy storage become cheaper, gas turbines can play the role of reliability insurance with a low premium.

As pointed out by Professor Andrew Blakers at ANU and a research group at the University of Melbourne, pumped hydro-electricity, based on small dams that supply high power for short periods, could also handle the small lulls.

Our simulations show that the NEM does not need any baseload power stations, such as coal or nuclear. Indeed, the inadequate operational flexibility of coal and nuclear makes them poor partners for high penetrations of variable renewable energy.

Given the political will, I estimate the renewable energy transition would take 15-25 years. Increased interstate trading of electricity, possibly assisted by a new direct transmission link joining SA to NSW, would assist in smoothing the fluctuations in wind and solar.

In Europe, moving to 100% renewable energy is not controversial. The north German states of Mecklenburg-Vorpommern and Schleswig-Holstein are already operating on 100 per cent net renewable electricity, mostly from wind. The 'net' indicates trading electricity with each other and their neighbours.

Denmark is on track to achieve its goal of 100 per cent renewable electricity and heat by 2035. It already generates 39 per cent of its electricity consumption from the wind and about 10 per cent from biomass in the form of agricultural residues. However, unlike northern Europe, Australia has the advantage that it is very sunny as well as windy.

Transitioning to renewable energy will deliver environmental, social and economic benefits. The transition will reduce Australia's greenhouse gas emissions, air pollution and associated respiratory diseases. Once the initial investments have been made, it will cap electricity prices.

Renewable energy could create a wide range of new jobs in manufacturing, installation, grid connection, technical support and sales, which could compensate for the job losses in the coal industry.

The key policies needed are state and territory renewable energy targets together with a reverse auction system for commissioning wind farms and solar power stations, as in the ACT. The winning bidders are paid by feed-in tariffs or 'contracts for difference' funded by a small increase in retail electricity prices. This could be offset by the decrease in wholesale electricity prices caused by large-scale renewable energy, provided governments ensure that the wholesale savings are passed on to retail customers.

Renewable energy is technically and economically feasible, and environmentally and socially desirable.

Mark Diesendorf is Associate Professor and Deputy Director of the Institute of Environmental Studies at UNSW.

Coal closures give South Australia the chance to go 100% renewable