Scientists have reconstructed the brain architecture of the enigmatic Tasmanian tiger for the first time, revealing new information about its intelligence and social life. 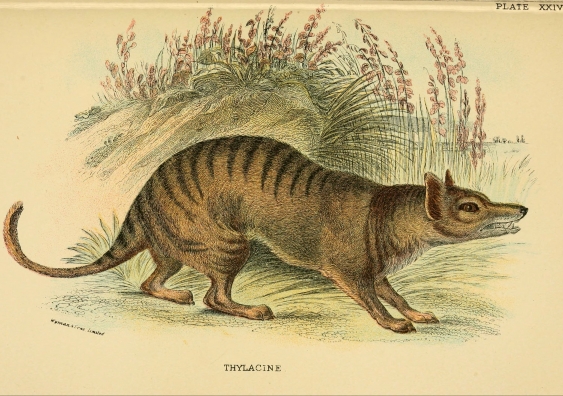 More than eighty years after the death of the last known Tasmanian tiger, scientists have used high tech imaging techniques to reconstruct the brain architecture of the apex predator for the first time, revealing new information about its intelligence and social life.

The UNSW and Emory University study, published in PLOS ONE, used magnetic resonance imaging (MRI) and diffusion tensor imaging (DTI) to scan postmortem specimens of two thylacine brain specimens, both of which were about 100 years old.

MRI imaging of the preserved brains of rare, extinct and endangered species is an exciting innovation in the study of brain evolution.

The results, when compared to the Tasmanian tiger’s closest living relative, the Tasmanian devil, suggest that the larger-brained thylacine had a larger cortex, which was required for planning and decision making while hunting.

“The natural behavior of the thylacine was never scientifically documented, and what we know comes from observation of zoo animals, whose behaviour is not indicative of wild animals and stories from trappers,” said Professor Gregory Berns, a neuroscientist at Emory University and the lead author of the study.

"The scans provide a new way to learn something about their intelligence and possibly their social lives, and are consistent with anecdotal evidence that the thylacine occupied a more complex, predatory ecological niche, versus the scavenging niche of the Tasmanian devil. 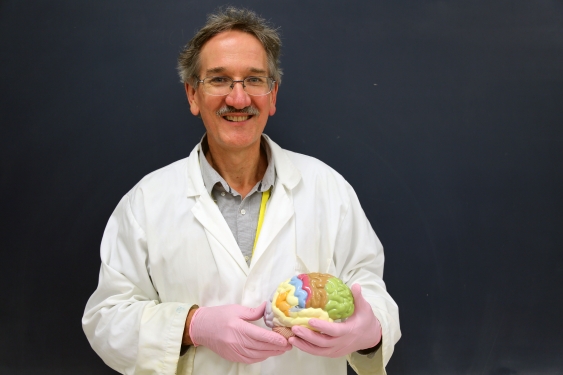 UNSW anatomist Professor Kenneth Ashwell is an expert on the brain evolution of marsupials and monotremes. Photo: Dan Wheelahan.

UNSW Professor Kenneth Ashwell, an anatomist and expert on the brain evolution of marsupials and monotremes, co-authored the study.

“MRI imaging of the preserved brains of rare, extinct and endangered species is an exciting innovation in the study of brain evolution,” said Professor Ashwel, from UNSW's School of Medical Sciences.

“It will allow us to track pathways and study functional connections that could never be analysed using older experimental techniques. It also avoids the ethical and conservation problems of doing experiments on rare and endangered animals.”

The fossil record shows that the Tasmanian tiger appeared about four million years ago in Australia. By the 20th century it was extinct, or extremely rare, on the mainland but was still found in Tasmania, the island state off Australia’s southern coast. Its demise is attributed to loss of habitat through farming activity, coupled with a bounty scheme placed on the animal after it was suspected of killing sheep and other livestock. The last known Tasmanian tiger died in 1936, in Tasmania’s Hobart Zoo.

Professor Berns, who was the first to conduct MRI experiments on awake, unrestrained dogs to learn more about their neural processes, was particularly intrigued by the thylacine due to its physical resemblance to dogs.

“The thylacine appears to be an example of convergent evolution, filling a similar niche that members of the canid family did elsewhere,” Professor Berns said.

“It’s interesting, however, that the thylacine brain is very different than the canine brain, despite the physical resemblance of their bodies.”

Only four specimens of the brains of Tasmanian tigers exist, and the study gained access to two of them. One was provided by the Smithsonian Institution, taken from a male Tasmanian tiger after it died at the National Zoological Park in 1905. The other specimen, loaned to the researchers by the Australian Museum in Sydney, came from an animal that died during the 1930s. 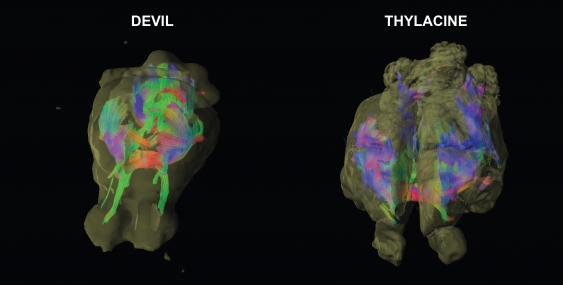 The technique of using DTI on a non-living brain is mainly applied to research on recently deceased humans, primates and rats. Professor Berns is pioneering the use of a special form of DTI to digitally reconstruct the neural networks of other animals, using archived brain specimens from zoological and museum collections.

"The current digital reconstruction of the brain of the Tasmanian tiger is particularly important, not just because the animal is extinct but because the specimens used were much older than those of the dolphins," Professor Berns said.

“While it is easier to study the brains of animals that have recently died, we’ve shown that we can successfully use our scanning techniques on specimens that are 100 years old. We now have the technology available to make use of the treasure trove of museum collections around the world.”

Head space workshop at UNSW is a no-brainer

Why did the Tasmanian tiger go extinct?