New Dean of Science Emma Johnston is excited by the unprecedented opportunities that lie ahead for the faculty she dubs a “living treasure”. 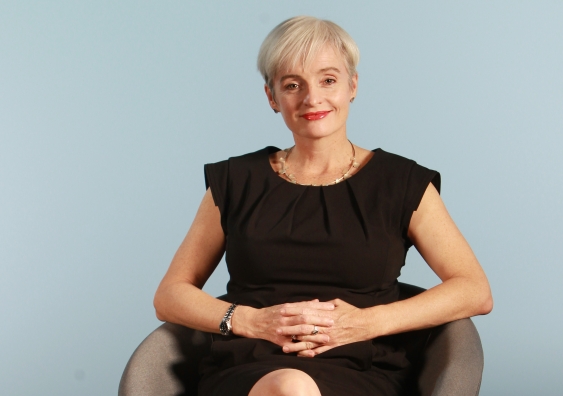 Emma Johnston came to national prominence for her work as a trailblazer in her underwater laboratory in Sydney Harbour, but the award-winning marine ecologist has her feet planted firmly on the ground as she prepares to take on a new role as Dean of Science.

The position, which brings together her strengths in research, leadership, advocacy and communication, is a natural fit. “It’s an honour to lead UNSW Science, which is a living treasure and recognised nationally as a symbol of curiosity and creativity,” says Professor Johnston, who will move to the Faculty from her current role as Pro Vice-Chancellor Research in May.

“I relish the opportunity to be given guardianship of this science powerhouse to help us grow in our discovery and impact, and to inspire our staff and students to even greater heights,” she says.

A passionate advocate for science, Johnston believes scientific literacy has never been so important. “The 21st century is a time of profound, science and technology–led global disruption and change. Many political and business leaders now agree that innovation and the scientific, technological and creative processes that underpin it are necessary to secure global sustainability, and social and economic prosperity.

“In this dynamic environment, we have an unprecedented opportunity to play a key role in generating new knowledge and finding solutions to many of the complex challenges we face.”

Emma has emerged as a highly influential voice in the broader public realm. She is a true role model.

As an authority in her field and a skilled communicator, Johnston has engaged with government and industry here and overseas to influence policy and is President-elect of Science & Technology Australia. She is also an effective advocate for gender equity – she addressed the National Press Club in March on the role and future for women in science.

The quality of her research, outreach and leadership has been recognised with numerous awards, including a NSW Science and Engineering Award for Excellence in Biological Sciences, the inaugural Nancy Millis Medal for Women in Science from the Australian Academy of Science, and the 2015 Australian Museum Eureka Prize for Promoting Understanding of Australian Science. She is a regular media commentator and, as co-presenter for the Foxtel/BBC television series Coast Australia, has helped take Australian marine science to an international audience.

Last month she won the Emerging Leader category in The Australian Financial Review Higher Education Awards. The judges said Johnston had “not only distinguished herself within her discipline and her institution, but has also emerged as a highly influential voice in the broader public realm … she is a true role model for future generations of higher education leaders.”

Johnston has shown a new generation of Australians, particularly women, the professional possibilities that flow from science.

After completing her PhD at the University of Melbourne, Johnston joined UNSW in 2001. There she quickly gravitated towards leadership roles, serving as the inaugural Director of the Sydney Harbour Research Program for the Sydney Institute of Marine Science from 2012 to 2015 before moving to Pro Vice-Chancellor Research and an appointment to the federal government’s Great Barrier Reef Marine Park Authority, both in 2016.

“I am very excited by Emma’s appointment as Dean and I believe her vision, proven leadership ability and participatory approach will ensure that science is at the forefront of implementing the UNSW 2025 Strategy,” he says.