UNSW scientists are members of a consortium chosen by the NSW Government to restore one of the most important wetlands in the Murray-Darling Basin – the Nimmie-Caira system of the Lowbidgee wetlands. 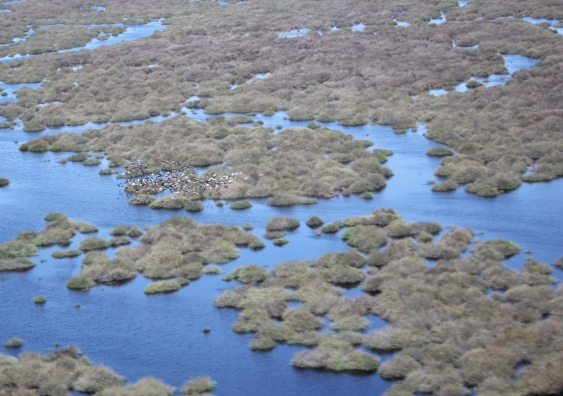 The Nimmie-Caira system of the Lowbidgee wetlands on the Murrumbidgee River system. Image: Richard Kingsford

UNSW scientists are members of a consortium chosen by the NSW Government to restore one of the most important wetlands in the Murray-Darling Basin – the Nimmie-Caira system of the Lowbidgee wetlands on the Murrumbidgee River system.

The NSW Minister for Primary Industries, the Hon. Niall Blair MLC, has announced that a consortium led by The Nature Conservancy and including the UNSW Centre for Ecosystem Science was the successful proponent for future stewardship of Nimmie-Caira – an 85,000 hectare area of Murrumbidgee floodplain in southern NSW.

“Nimmie-Caira is a magnificent ecosystem, with outstanding biodiversity,” says UNSW Centre for Ecosystem Science Director Professor Richard Kingsford, who carried out much of the original science highlighting the international significance of Nimmie-Caira’s wetlands.

“We are extremely excited to be part of this vital, high-impact restoration project, which involves environmental conservation, collaboration with local Aboriginal communities, as well as sustainable development and agricultural production.”

The Australian and NSW Governments originally bought back the land and water rights for this extensive wetland, including 11 farms and their water rights along the Murrumbidgee, in 2013 in a project costing $180 million. This was the largest water buyback under the Murray-Darling Basin Plan, designed to return 137 gigalitres of water a year to the wetlands.

Under the management scheme to be implemented by the consortium, commercial activities such as low impact grazing, tourism and carbon farming will boost the local economy around Hay and Balranald. Commercial proceeds will be reinvested in environmental works to protect habitats for threatened animals and plants, such as the Southern Bell Frog, Mossgiel Daisy and Australasian Bittern.

The Nari Nari Tribal Council will play a critical role in the management of the property, providing new opportunities for Indigenous employment, improved health, education and reconnection to country.

Professor Kingsford, who has worked closely with state and federal governments and the local people in the region, says the restoration of Nimmie-Caira provides an unparalleled chance to learn how best to manage environmental flows in the Murray-Darling Basin.

“We can potentially manipulate large volumes of environmental flow and study how native fish respond, the impact on waterbird breeding and on the re-establishment of flood-dependent vegetation,” he says. 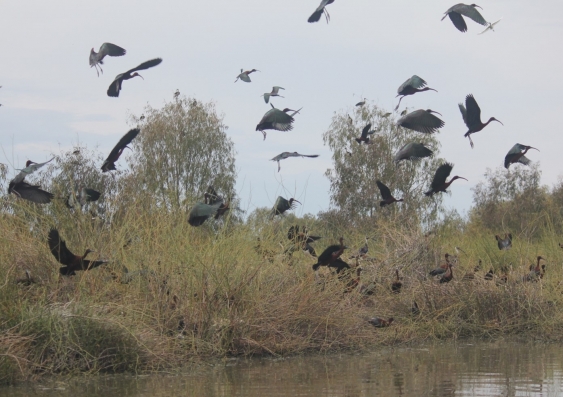 Dr Kate Brandis, a Research Fellow with the Centre for Ecosystem Science, says: “Nimmie-Caira is one of the more important sites in Australia for the breeding of colonial waterbirds, such as Straw-necked Ibis, Royal Spoonbills and cormorants. These species need large floods to trigger breeding.”

Professor Kingsford says the kind of partnership represented by the consortium offers great opportunities for improving the effectiveness of conservation efforts.

“I am looking forward to implementing clear goals and measuring key objectives, so we can track our successes and failures in restoring this great part of NSW.”