A newly identified mechanism that regulates a particular enzyme could lead to the development of new, cholesterol-lowering drugs. 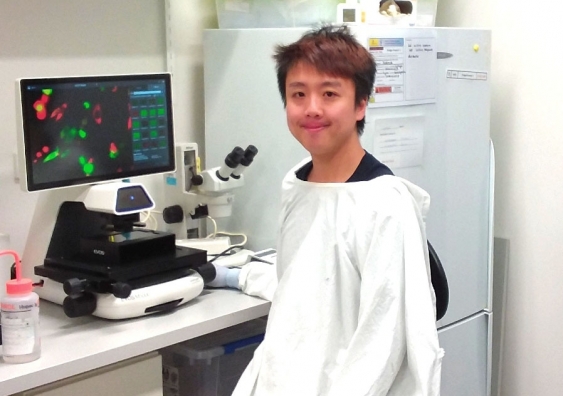 UNSW PhD Candidate Jake Chua is the lead author on a paper that shows how a key enzyme that contributes to cholesterol production can be regulated – and destroyed – using a particular molecule.

A team of UNSW scientists at the School of Biotechnology and Biomolecular Sciences led by Professor Andrew Brown have shown how a key enzyme that contributes to cholesterol production can be regulated – and destroyed – using a particular molecule.

The findings have implications for the development of cholesterol-lowering drugs: knowing how to regulate this enzyme – squalene monooxygenase – may offer a new way to control its abundance in a bid to lower cholesterol levels.

In the paper – published today in the Journal of Biological Chemistry – the scientists demonstrated how squalene monooxygenase, when linked to a particular molecule called ubiquitin, gets destroyed and inhibits the synthesis of cholesterol.

The scientists showed that squalene monooxygenase has a “destruction code” that acts to bind ubiquitin when unlocked, initiating its own destruction.

“Knowing the molecular mechanisms of how this enzyme – which plays a key role in cholesterol production – is regulated will allow us to understand how drugs can help maintain healthy levels of cholesterol in the cells of our body,” says UNSW PhD candidate Ngee Kiat (Jake) Chua, the paper’s lead author. 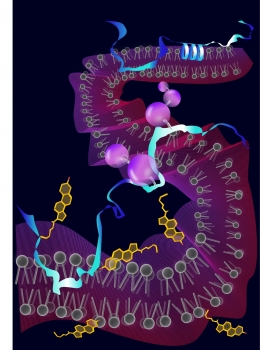 For nearly twenty years, squalene monooxygenase has been proposed to be an enzyme in the pathway which should be investigated as another drug target to lower cholesterol.

More recently, squalene monooxygenase has also been linked to high cholesterol in human cancers, including liver, breast and prostate cancers.

Cholesterol is an essential component of the membranes that enclose all of our cells. Cholesterol is also the starting material for bile acids that allow us to digest fat as well as for steroid hormones like estrogen and testosterone. But high levels of cholesterol are still a major health concern, given their connection to heart disease.

“What a lot of people don’t realise is that our body produces the bulk of cholesterol to meet our metabolic requirements – dietary cholesterol contributes a smaller proportion,” Mr Chua says.

The body produces cholesterol through a pipeline called the cholesterol synthesis pathway. That’s the pipeline that statins – the most common cholesterol-lowering drugs – target. Statins limit cholesterol production by blocking one of the enzymes that is responsible for one early chemical reaction in this pathway.

“Statins are not without their shortcomings – for example, they have been linked to muscle pain in some people who take them and some patients experience statins intolerance.

“That’s why researchers are investigating other enzymes in the pathway, with hopes of finding alternative druggable targets to help lower cholesterol.

“Enzymes are proteins that are made up of combinations of about 20 different building blocks called amino acids. In this paper, we reported that joining ubiquitin to a serine amino acid in squalene monooxygenase triggers its destruction. New knowledge of this initial chemical linkage raises new prospects to control cholesterol production. For instance, enhancing the formation of this chemical linkage speeds up the destruction of squalene monooxygenase,” Mr Chua says.

“Why biology has introduced such an unusual chemical modification is still not well-understood,” Mr Chua says.

“In the entire cholesterol synthesis pathway, which has about 20 steps each carried out by separate enzymes, squalene monooxygenase is the first-known enzyme to possess this unusual chemical linkage with ubiquitin.”

With the emergence of newer techniques in modulating enzymes, including gene-editing and chemical molecules to trigger enzyme destruction, researchers are trying new approaches, rather than conventional drugs that simply block enzyme activity.

“While our study has identified the molecular destruction code, future research should focus on identifying ways to unlock it for initiating the destruction of squalene monooxygenase as a strategy to lower cholesterol levels,” Mr Chua says.