Scientists show how using only water, iron, nickel and electricity can create hydrogen energy much more cheaply than before. 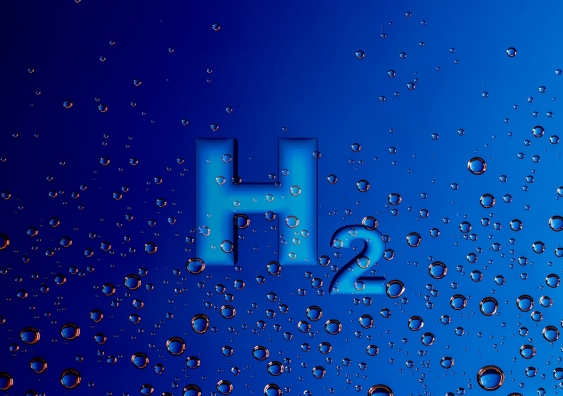 Hydrogen-powered cars may soon become more than just a novelty after a UNSW-led team of scientists demonstrated a much cheaper and sustainable way to create the hydrogen required to power them.

In research published in Nature Communications recently, scientists from UNSW Sydney, Griffith University and Swinburne University of Technology showed that capturing hydrogen by splitting it from oxygen in water can be achieved by using low-cost metals like iron and nickel as catalysts, which speed up this chemical reaction while requiring less energy.

Iron and nickel, which are found in abundance on Earth, would replace precious metals ruthenium, platinum and iridium that up until now are regarded as benchmark catalysts in the ‘water-splitting’ process.

UNSW School of Chemistry’s Professor Chuan Zhao says in water splitting, two electrodes apply an electric charge to water which enables hydrogen to be split from oxygen and used as energy in a fuel cell.

“What we do is coat the electrodes with our catalyst to reduce energy consumption,” he says. “On this catalyst there is a tiny nano-scale interface where the iron and nickel meet at the atomic level, which becomes an active site for splitting water. This is where hydrogen can be split from oxygen and captured as fuel, and the oxygen can be released as an environmentally-friendly waste.”

In 2015, Prof Zhao’s team invented a nickel-iron electrode for oxygen generation with a record-high efficiency. However, Prof Zhao says that on their own, iron and nickel are not good catalysts for hydrogen generation, but where they join at the nanoscale is “where the magic happens”.

“The nanoscale interface fundamentally changes the property of these materials,” he says. “Our results show the nickel-iron catalyst can be as active as the platinum one for hydrogen generation.

“An additional benefit is that our nickel-iron electrode can catalyse both the hydrogen and oxygen generation, so not only could we slash the production costs by using Earth-abundant elements, but also the costs of manufacturing one catalyst instead of two.”

A quick glance at today’s metal prices shows just why this could be the gamechanger needed to speed the transition towards the so-called hydrogen economy. Iron and nickel are priced at $0.13 and $19.65 a kilogram. By contrast, ruthenium, platinum and iridium are priced at $11.77, $42.13 and $69.58 per gram – in other words, thousands of times more expensive.

“At the moment in our fossil fuel economy, we have this huge incentive to move to a hydrogen economy so that we can be using hydrogen as a clean energy carrier which is abundant on Earth,” Prof Zhao says.

“We’ve been talking about the hydrogen economy for ages, but this time it looks as though it’s really coming.”

Prof Zhao says that if the water-splitting technology is developed further, there could one day be hydrogen refuelling stations much like petrol stations today where you could go and fill up your hydrogen fuel-cell car with hydrogen gas produced by this water-splitting reaction. The refuelling could be done in a matter of minutes as compared to hours in the case of lithium-battery powered electric cars.

“We’re hoping our research can be used by stations like these to make their own hydrogen using sustainable sources such as water, solar and these low cost, yet efficient, catalysts.”