Opinion Scientists must speak out in the ‘post-truth’ world

Unprecedented "marches for science" through major cities across the globe in April will bring leading scientists, including Nobel Laureates, together around  a political, and a more fundamental, challenge, writes Emma Johnston. 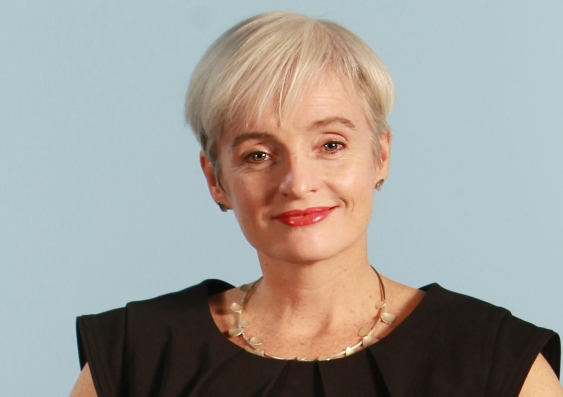 OPINION: When the world's scientists emerge from their labs and take to the streets there must be something very important at stake. For the most part, scientists are most unlikely activists and public figures. We've been explicitly taught, perhaps erroneously, that our profession is above politics. Yet, an unprecedented series of "marches for science" through major cities across the globe in April will bring leading scientists, including Nobel Laureates, together around both a political, and a more fundamental, challenge.

On the face of it, the planned marches, including those in Sydney, Canberra and Melbourne, are a protest against US President Donald Trump's anti-science stance on critical global issues, such as the irrefutable contribution of human activity to climate change, and his steady stream of "alternative facts".

But there's something bigger in play. That is, the rise of a wider "post-truth" political culture in which opinion and ideology are overriding facts, and in which populism, not a credible evidence base, is informing policy-making – well beyond the new US administration. As such, we scientists find ourselves with an unfamiliar, even uncomfortable, role to play in the public arena.

Why march in defence of a method? Science is not the only lens through which we can understand the world, nor is the scientific method immune from challenge.

Scientists generally agree that a real, physical, world exists and that we can observe it, albeit imperfectly. We also acknowledge that our values and prejudices (our heuristics) can "blindside" us. So, we have, over time, developed a suite of techniques for reducing those influences. Our techniques include replication, randomisation, the use of procedural controls and the assessment of results without knowledge of the initial treatment. We also explicitly encourage – indeed, we require – that knowledge is continuously challenged. We invent ever-more detailed ways of observing the world (such as the Laser Interferometer, which first observed gravitational waves) to test theories and challenge or refine old understandings.

Our objective is to build ever-more reliable understandings of the world. We may never reach the absolute truth. But we will get closer, and that is where the value and excitement lies.

Our scientific methodology, our tool kit of investigative approaches, has given the scientific "brand" many successes. It is why scientific peer-reviewed understandings of the world are used to build our technology, to inform our farming and to care for our sick. It's also why it's never been so important to resist our introvert tendencies and speak out.

As public intellectuals, I believe scientists can play two critical roles. First, we can become invaluable moderators, the sifters and sorters. In the public domain, instant, digital global communication has collapsed the filters – the editors, publishers and media producers – who once separated the authoritative, insightful, knowledgeable and entertaining out from the rest. Today, anyone can speak, write, tweet and post. Yet, despite this cacophony, we have a dwindling supply of authoritative voices in the mix. We have far fewer professional journalists, analysts and writers to rely to on to make well informed, reasoned sense of the world. Instead, we have torrents of unsubstantiated opinions and prejudices being passed off as facts.

To truly reap the many benefits of open communication we need to be able sift the wheat from all those vested interests that make up the chaff. As scientists, we can use our research and analytical skills to identify what is credible among all the "white" noise that passes for public discourse.

And, second, we can, and must, take the next step. That is, actively seek to influence public debate by pushing it towards evidence-based arguments and points of scientific consensus and by countering fake news and anti-intellectualism.

For scientists, more accustomed to closely scrutinising our specialist fields, this may not be an easy transition. In an information free-for-all there is considerable confusion in the public domain over who to trust and there's no shortage of bloggers, shock jocks, tweeters (and some self-serving politicians and public figures) peddling anti-intellectualism. These active and enthusiastic proponents of brand "populism" are more willing than ever to attack and undermine any evidence-based argument that stands in their way.

As trite as it sounds, maybe we need to reinforce our own brand, "science". Can we counter fake news by promoting science, and scientists, as the ambassadors of brand "knowledge" and brand "truth"? As public intellectuals, our scientific qualifications and practices could, and should, be shorthand for reliability and credibility. That would enable us to amplify evidence-based stories and positions in public debate.

What would this take? Global marches are an important start, if we don't then retreat to our labs. If we pick up the baton of public intellectualism we must be willing to run with it. As a profession, we need to learn how to play an effective public role. We need to be free, and willing, to communicate openly. On an increasingly crowded public stage, we need as many science voices in the hullabaloo as possible.

Professor Emma Johnston is a marine ecologist and television presenter for Coast Australia. She is Pro-Vice Chancellor (Research) at UNSW and president-elect of Science & Technology Australia. She tweets at @DrEmmaLJohnston