A new centre launched by industry and UNSW will bring the power of networking, artificial intelligence – and even sensor-laden drones – to the farm gate. 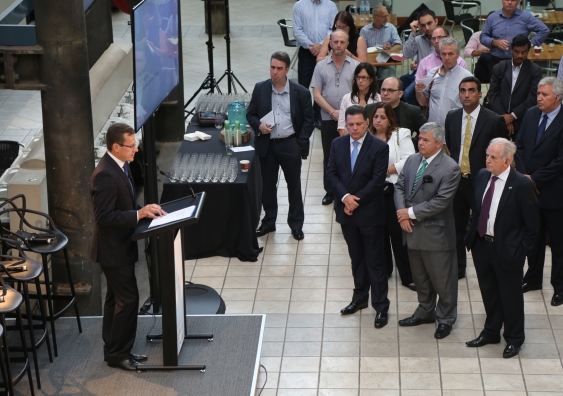 Ken Boal, vice president of Cisco in Australia, at the launch of Innovation Central Sydney.

A new centre launched by industry and UNSW will bring the power of networking, artificial intelligence – and even sensor-laden drones – to the farm gate.

Known as Innovation Central Sydney, it is a partnership between UNSW and networking company Cisco Systems, along with Data61, the National Farmers’ Federation, the NSW Farmers’ Association, the NSW Department of Primary Industries and ATP Innovations.

Innovation Central will focus on developing new uses for Internet-of-Things (IoT) technologies in agriculture as well as ‘smart cities’: from monitoring crop nutrition, soils, weeds and diseases using imaging sensors on drones, to bus shelters that stream data to smart phones and provide transport updates on their exterior.

The centre will be based at Australian Technology Park, with a new innovation hub based at UNSW, the latter focusing on cyber security – ensuring that autonomous IoT devices are not hacked.

Launching the centre, Alan Finkel, Australia’s Chief Scientist, said IoT would soon permeate everyday life. “The Internet of Things isn’t just a refrigerator connected to the internet – it is deep, it is complex, and it is transformational.” 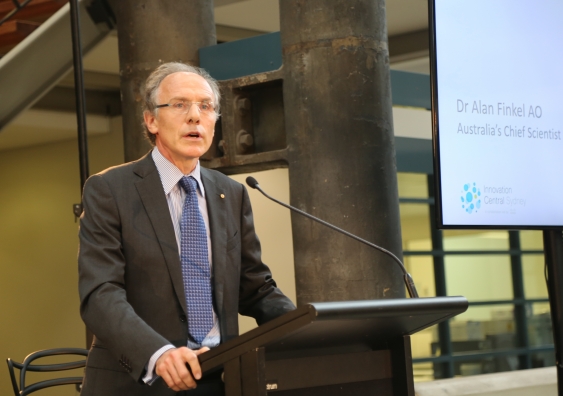 Mark Hoffman, Dean of Engineering at UNSW, agreed. “The potential applications of IoT are astounding,” says “If you add computer chips, sensors and networking to anything – fridges, cars, bus stops, traffic lights, biomedical implants such as pacemakers and hearing aids – they can communicate with you via smartphones and computers. Your self-driving car navigate around traffic jams, your fridge can order milk online or the hospital can give you a call for a check-up."

UNSW will be a key player in the centre, and in IoT, Hoffman added: “We have about 1,500 students studying computer science and engineering – we have this incredible resource of really bright people who are very motivated, very, very entrepreneurial and they're going to be the ones creating the industries of the future.”

Scott Hansen, Director-General NSW Department of Primary Industries, said that agriculture may be an ancient industry, but it had always adapted and innovated. Productivity used to be “based on how many cows, how many crops you had – we then modernised and moved to how many staff you could employ. Since industrialisation, machines [have been] replacing that manual labour. We’re at the next wave of utilising technology to better use the natural resource assets to control the machines in a more efficient and effective manner.” 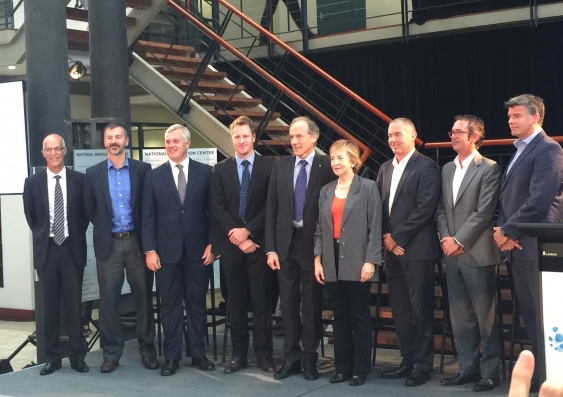 The Sydney centre follows the opening of a sister IoT facility in Perth last year focused on resource applications, and the two will work together, with Cisco ­– an American multinational technology company whose hardware runs much of the Internet ­– investing $15 million over five years in the two centres.

These are, in turn, part of a nine other collaborative nodes around the world established by Cisco. Others are in Berlin, Barcelona, London, Montreal, Paris, Rio de Janeiro, Tokyo, Toronto, and Songdo in South Korea.

Cisco estimates the market for IoT technologies to be worth US$19 trillion by 2020, and data traffic on mobile networks to grow eightfold by then – from 44.2 to 366.8 exabytes (an exabyte is one quintillion bytes, or 1 followed 19 zeroes).