A UNSW engineer who helped energise "lazy" hydrogen to increase the efficiency of the solar cell has won a prestigious Green Talents award and a three-month research placement in Germany. 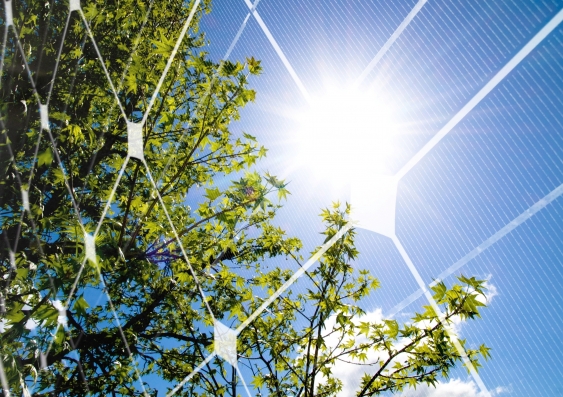 Even after years working in the field, Dr Brett Hallam is astounded by the transformative abilities of the photovoltaic cell. “It still amazes me that we can shine light on a material and get electricity out,” he says .

The solar engineer compares it to the wonder of physics that allows “a large aircraft like an A380 to lift off the ground”.

The aeroplane analogy is fitting considering the UNSW postdoctoral scholar recently celebrated his 31st birthday between flights and airports on his way to Berlin.

In October, Hallam was named a prestigious Green Talents award-winner by the German Federal Ministry of Education and Research. Held every year since 2009, the Green Talents International Forum honours 25 young researchers from around the world for their outstanding contributions to sustainable development. This year 757 people applied from 104 countries. 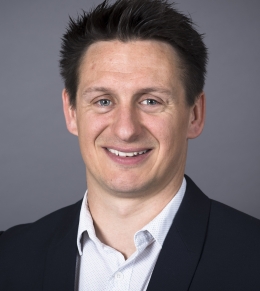 Hallam’s achievement was in the field of photovoltaics, to which he has devoted the last 13 years of his life, nearly all of them at UNSW.

“For photovoltaics, UNSW is a world leader,” he says. “I get to work with an incredibly nice and smart bunch of people in an exciting area.”

“I can also go surfing every day,” he adds, noting the close proximity of the University to some of Sydney’s best beaches.

Between catching waves, Hallam completed undergraduate science and engineering degrees at UNSW, focusing on physics and physical oceanography/meteorology, and photovoltaic and solar energy engineering, respectively. He graduated in 2009, and for his Bachelor of Engineering received first class honours and the University Medal.

As a UNSW postgraduate student, Hallam began working on ways to correct defects in silicon solar cells, which can reduce their performance by more than 10%. Atomic hydrogen offers a fix to improve efficiency and lower costs: it can be applied to the surface of the silicon cell kind of like a Band-Aid, he says. “It is like the defects were never there.”

This is all about making the hydrogen more energetic. We use light to manipulate the charge state of the hydrogen, and dramatically increase its mobility and reactivity.

“The challenge is that hydrogen is lazy,” he says. “It naturally goes into a charge state that has low mobility and low reactivity. This makes it extremely difficult to passivate some key performance limiting defects in solar cells.”

The conventional approaches being used by industry weren’t effective at correcting the defects. So Hallam developed an advanced hydrogenation process, which allows defects to be more effectively, and more swiftly, corrected.

“This is all about making the hydrogen more energetic,” he says. “We use light to manipulate the charge state of the hydrogen, and dramatically increase its mobility and reactivity.” 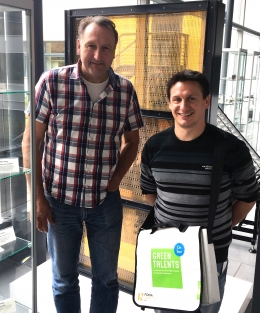 Today, the process is being incorporated into solar cell production lines around the world, he says.

Hallam, who has consulted for some of the world’s largest solar power companies, helped fabricate record-setting commercial solar cells, and is now a postdoctoral fellow at the Australian Centre for Advanced Photovoltaics at UNSW, was excited to learn he’d cracked the list of winners at the Green Talents awards, which features researchers from every continent.

“The jury especially valued Dr Hallam’s personal and professional contribution towards an energy revolution, evidenced in his high number of publications on this topic,” the Green Talents program noted in a press release. The jury also “sensed his deep commitment to finding a global solution for clean electricity and efforts to reduce the potential impacts of climate change”.

Hallam will receive full funding for a three-month research placement in Germany. He’s also been on a two-week science tour around the country, visiting companies and research labs working on issues related to sustainable development, and meeting top scientists in his field.

Already he’s seen the production of gas turbines at engineering giant Siemens and the Potsdam Institute for Climate Impact Research, collected water samples from the North Sea aboard a research vessel, and has gotten up-close-and-personal with a supercomputer modelling the impacts of climate change, and a reactor device being used to study controlled nuclear fusion.

Hallam has also relished the opportunity to meet and share ideas with the other Green Talents recipients, and the wider network of alumni, all of whom are committed to sustainability and promoting clean energy.

While he still marvels at the photoelectric effect, his passion for his research is fundamentally driven by the indisputable importance of the problem facing society:  “We need to shift away from fossil fuels, both due to their limited availability and their negative impact on the environment,” he says. “Solar allows us to do that.”