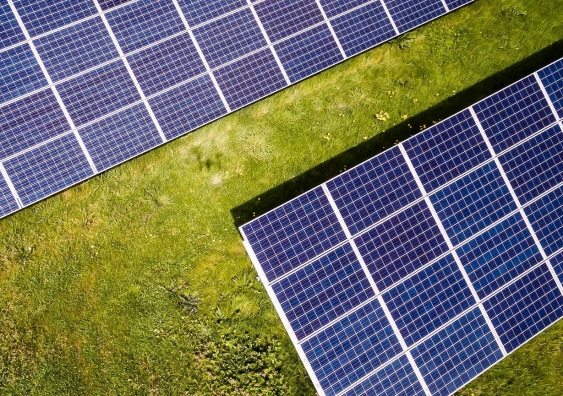 The cost of turning sunlight into electricity has fallen more than 90% over the last decade. Solar is now the cheapest form of newly built energy generation.

Job done? Not quite. Right now, solar works well at cost-competitive prices and can help us cut emissions significantly. But with less than 5% of the world’s electricity delivered by solar, we are just at the start.

The solar panels of 2022 are like the chunky mobile phones of the 1990s. Much more is possible with the same underlying technology.

Australia is likely to play a key role in global progress. For decades, we’ve been at the forefront of solar technology development and deployment. We’ve held the performance record for silicon solar cells for 30 of the last 40 years. We now have more solar deployed per capita than any other OECD country, meeting close to 15% of our electricity needs. More than 80% of the world’s new solar panels rely on the PERC cell, a technology developed in Australia.

So what’s next for solar? Hundreds of researchers across Australia are focused on two goals: cutting costs even further and generating the most electricity possible out of incoming sunlight.

Why does solar need to improve?

Solar has the potential to transform our industries, transport and the way we live – if we push the technology as far as it can go.

Ultra-cheap electricity unlocks huge possibilities, from turning water into green hydrogen to serve as energy storage or to use in industrial processes, through to electrifying transport, energy systems and everything else we use fossil fuels for.

Last year, Australia’s renewable energy agency laid out its vision for ultra low-cost solar. The goal is ambitious but achievable.

By 2030, the agency wants commercial solar cells to hit 30% efficiency, up from 22% today. It wants large scale full system costs (panels, inverters and transmission) to fall by 50% to 30 cents per watt.

It will take intensive research. More than 250 Australian researchers are working towards these goals at the Australian Centre for Advanced Photovoltaics, a collaboration between six universities and the CSIRO. 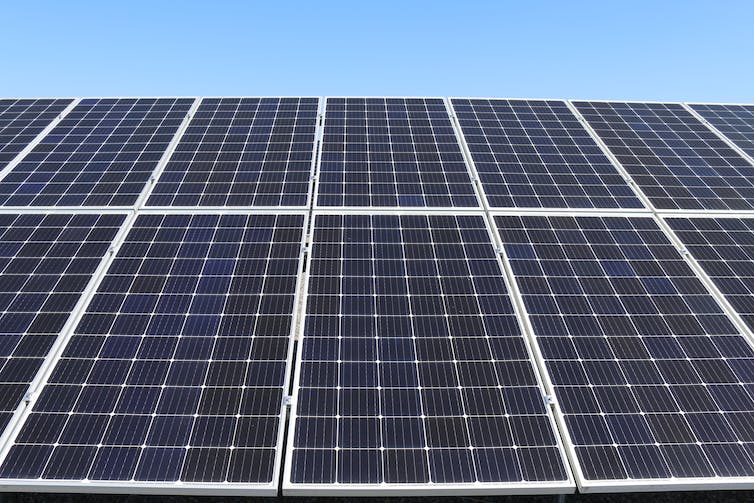 Silicon has more to give - with a few new materials layered on top. Michael Wilson/Unsplash, CC BY

Can silicon really keep on giving?

Solar cells convert sunlight into electricity with no moving parts. When sunlight hits silicon – the material commonly used in solar cells – its energy frees up an electron able to move within the material, just as electrons move in wires or batteries.

The solar panels on your roof probably began as desert sand, melted down to silica, refined into silicon and refined again to form 99.999% pure polysilicon. For decades, this versatile material has been at the heart of solar’s success. Importantly, it’s scaleable – from the size of a pinhead to arrays covering square kilometres.

But to get the absolute maximum out of sunlight falling on these panels, we need to go beyond silicon. We can’t reach efficiencies of 30% with silicon alone.

Meet the tandem cell – a solar sandwich. Because silicon can only absorb a maximum of 34% of visible light, researchers are focused on adding layers of other materials to capture different wavelengths of light.

Perovskites are one option. This family of materials can be printed or coated from a liquid source, making them cheap to process. When we stack this material atop silicon, we see a major jump in the solar cell efficiency.

While promising, there are still problems to iron out – specifically, ensuring perovskites can last the 20-plus years we’ve come to expect from silicon panels. 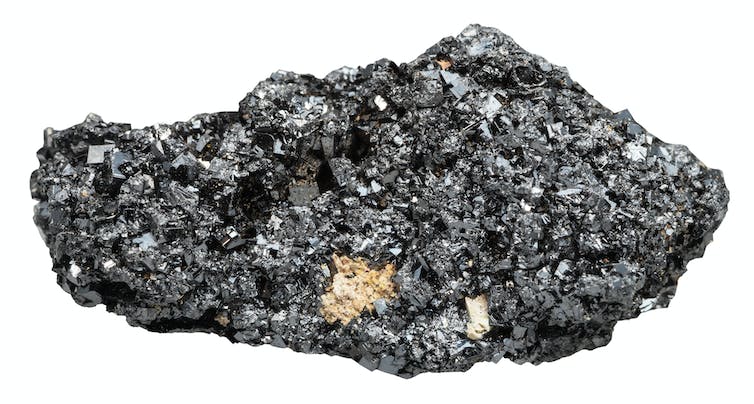 Perovskites are abundant and useful - but the trick is making them last. Shutterstock

Researchers are also looking at other materials, such as polymers and chalcogenides, a group of common minerals including sulfides which have shown promise in thin, flexible solar cells.

Any new material must not only work well at converting sunlight to electrons, but be abundant in the earth’s crust, available at low cost and stable enough to ensure long lifetimes. Chalcogenides, for example, are made of common elements such as copper, tin, zinc and sulphur.

If we can get to 30% efficiency, it would pay enormous dividends. The costs of establishing a large solar farm would be slashed. With more efficient solar cells, you need fewer panels and less land for the same power output.

It would also make fossil fuels even less competitive. Coal-fired power and car engines are around 33–35% efficient, meaning most of the energy embodied in fossil fuels is actually lost as heat and noise. You also have to pay to continuously supply the fuel. Solar and wind come at no cost once you’ve established the plant.

How can we cut costs further?

At present, the cost of power from new solar in Australia is A$50 per megawatt hour. (Black coal is around $100/Mwh.) That’s according to the CSIRO’s 2021–22 assessment of energy costs.

By 2030, our renewable energy agency wants to slash that to just $15/Mwh, or 1.5 cents per kilowatt hour. Solar energy at this cost – coupled with storage – would deliver low-cost, reliable power 24/7.

Costs will come down as we increase efficiency of the solar cells, as the modules last longer, and as we come up with more cost effective ways to manufacture and deploy the solar technologies.

Ultra-low-cost solar electricity will be transformative, allowing Australia to build new capability in current and emerging industries, such as turning hydrogen and ammonia into fuel sources, the green processing of steel and aluminium and even the processing of silicon itself, so we can make more solar panels.

Even with today’s technology, demand for solar is expected to double and double again in the next ten years. That means there will also be a need to figure out how the solar industry can grow sustainably – and how to recycle solar panels as early solar panels reach the end of their useful lifetimes and need renewing.

Australian innovation kickstarted the solar boom. As climate change intensifies – and the need for clean, locally produced energy grows – the sun-drenched country may once again be able to help speed up the world’s transition away from fossil fuels.