In a landmark study, scientists have used CRISPR gene editing to introduce beneficial natural mutations into blood cells to boost their production of foetal haemoglobin. 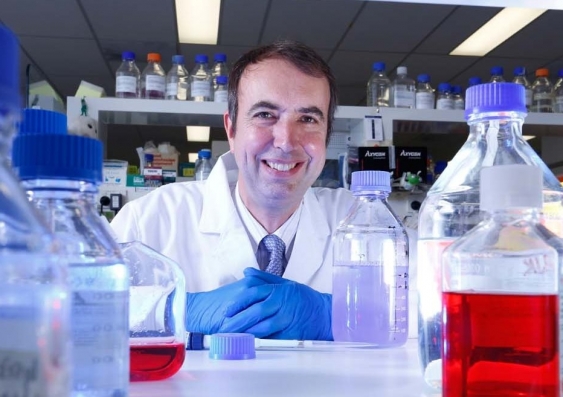 In a landmark study that could lead to new therapies for sickle cell anaemia and other blood disorders, UNSW-led scientists have used CRISPR gene editing to introduce beneficial natural mutations into blood cells to boost their production of foetal haemoglobin.

The research solves a 50-year-old mystery about how these mutations – which are naturally carried by a small percentage of people – operate and alter the expression of human genes.

The study, by an international team led by UNSW scientist Professor Merlin Crossley, is published in the journal Nature Genetics.

“Our new approach can be seen as a forerunner to ‘organic gene therapy’ for a range of common inherited blood disorders including beta thalassaemia and sickle cell anaemia,” says Professor Crossley, who is also UNSW Deputy Vice-Chancellor Academic.

“It is organic because no new DNA is introduced into the cells; rather we engineer in naturally occurring, benign mutations that are known to be beneficial to people with these conditions.

“It should prove to be a safe and effective therapy, although more research would be needed to scale the processes up into effective treatments.”

People with thalassaemia or sickle cell anaemia have defective adult haemoglobin – the vital molecule that picks up oxygen in the lungs and transports it around the body – and require life-long treatment with blood transfusions and medications.

However, some people with these diseases have reduced symptoms because they also carry mutations which switch on the gene that produces foetal haemoglobin, which compensates for their damaged adult haemoglobin.

“The foetal haemoglobin gene is naturally silenced after birth. For 50 years, researchers have been competing furiously to find out how it is switched off, so it can be turned back on,” says Professor Crossley.

“Our study, which is the culmination of many years of work, solves that mystery.

“We have found that two genes, called BCL11A and ZBTB7A, switch off the foetal haemoglobin gene by binding directly to it. And the beneficial mutations work by disrupting the two sites where these two genes bind.”

“This landmark finding not only contributes to our appreciation of how these globin genes are regulated. It means we can now shift our focus to developing therapies for these genetic diseases using CRISPR to target precise changes in the genome,” says Professor Crossley. 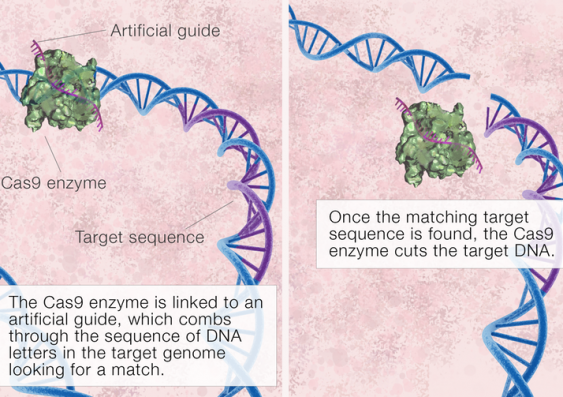 The latest findings were spearheaded by three of Crossley’s PhD students, over a period of five years.  Study co-first author and UNSW PhD student Gabriella Martyn discovered that BCL11A, which was already known to switch off the foetal haemoglobin gene, binds directly to it.

Study co-first author, Dr Beeke Wienert, now working in the department of one of the creators of CRISPR, Professor Jennifer Doudna of the University of California, Berkeley, identified the second repressor gene, ZBTB7A.

Lu Yang, a UNSW PhD student supported by a China Council Scholarship, devised a new method that allowed the visualisation of proteins binding to the foetal haemoglobin gene for the first time.

Dr Alister Funnell, a former post-doctoral researcher at UNSW, who initiated the project, is now a successful team leader working on gene editing at the Altius Institute for Biomedical Sciences in Seattle.

Other members of the group included experts on bioinformatics, Manan Shah and Dr Jon Burdach, and Japanese researchers Ryo Kurita and Dr Yukio Nakamura. UNSW Scientia Fellow Dr Kate Quinlan helped lead the project. The studies relied on the cutting-edge expertise of the Ramaciotti Centre for Genomics at UNSW.

The Australian team’s results were first presented at an international conference at Asilomar, California, 18 months ago and a race between UNSW and other labs in the world ensued with the UNSW-led study being published in Nature Genetics.

Sickle cell anaemia and beta thalassemia are the most common single-gene genetic disorders in the world, affecting millions of people, with enormous costs to health systems. These debilitating inherited diseases are highly prevalent in regions where malaria was present, now or in the past, including South East Asia, southern China and India, South America, Africa, the Mediterranean and the Middle East. They are also found in other countries, such as Australia and the United States, due to migrations of populations over time. 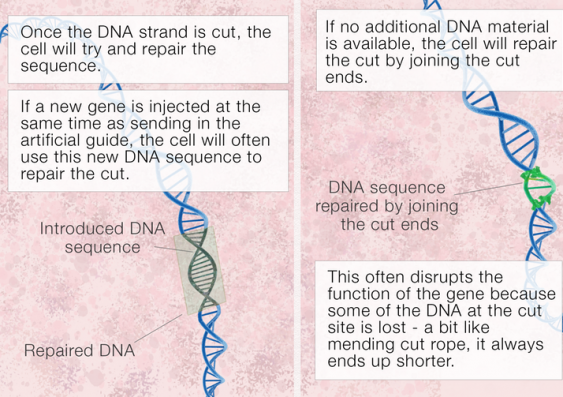 The globin genes are perhaps the best understood of any human genes, with world famous scientists and some of the most competitive labs around the globe having worked on these conditions.

Nobel Laureate Linus Pauling was the first to determine that sickle cell disease was due to a change in an amino acid in a protein. Dual Nobel Laureate Fred Sanger was involved in identifying the genetic mutation causing the condition – the first human mutation to be understood at a molecular level.

The structure of the haemoglobin protein was determined by another Nobel Laureate, Max Perutz. And Francis Collins, who led the Human Genome Project, first described some of the mutations analysed in the current work, more than four decades ago.