Opinion Sorry women: we don’t believe you earn more than the random dude next to you

We are not only judged on our looks, deeds and works, but also by the company we keep, writes Rob Brooks. 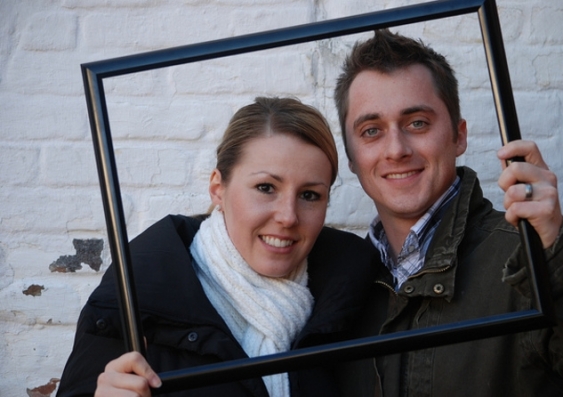 We don’t judge these two independently. Not by a very long shot. David Amsler/flickr, CC BY

OPINION: As if it weren’t hard enough. Being assessed and judged all the time, on our looks, our deeds, our works, the contents of our refrigerators. We are also judged by the company we keep, and in ways that leave me pessimistic about the prospects for gender equity.

My wonderful PhD student Amany Gouda-Vossos just published her first scientific paper, in the journal PLoSONE. Amany came to our research group, the SexLab with an interest in sexism and how it might grow from the evolutionary conflicts among men, among women and between women and men that infest human sexuality. Yes, sex can be beautiful, cooperative bliss. But in the animal world it is often competitive, manipulative and even destructive. And humans are, demonstrably, nothing but mammals.

Amany wanted to see how the judgements observers made about a (target) person’s attractiveness or their status was modified presence of another person. So she gathered three photographs each of 20 women and 20 men. In one photo the person of interest was alone, in another they posed alongside a man, and in the third, alongside a woman. We then invited people from all over the world to rate, on a website, the pictures. Each observer rated either the attractiveness or the status of the target person. Our imperfect measure of status was to ask the observer to predict how much the target person earns.

The attractiveness results did not surprise us. Observers rated men as more attractive when they were photographed alongside a woman, an effect that has been documented before and called “mate choice copying”. The idea is that a man already associated with a woman may be more attractive than he would have been alone. Any number of reasons could underpin this: such men may be more pleasant, safer to be around, or the woman in frame might have already found he had charms that were not immediately visible.

Not every study that tests for them finds evidence of mate choice copying effects, but they are sufficiently common to suggest something important is going on. That great branch of applied evolutionary psychology - dating advice - has already cottoned on to the value of a good “wingwoman” to the single man trying to pick up.

Company also altered women’s attractiveness, but not in the same way. Women photographed alongside another woman were rated less attractive than those with a man or alone. Again there exist too many possible reasons to get much of a grip on, beginning with the social implications of encountering women in pairs or groups rather than alone or as part of a heterosexual couple.

Company also altered how the observers rated a person’s likely earnings. And here we find the most interesting result. Men who were photographed alongside men were rated as earning more than those photographed alone or with a woman. We speculate that men at obvious ease in another man’s company might be inferred to be adept at negotiating the blokey politics of success in the workplace. But a thousand other possibilities exist and our study was not designed to distinguish them.

Women who were presented alone were predicted to earn most, almost 10 percent more than those photographed with other women, and 20 percent more than those photographed alongside a man. But the truly surprising bit was that the effect the man had on a woman’s earnings depended on how much he had been rated to earn in the male side of the experiment. Men who observers had rated, when they viewed the man alone, to be the highest earners did not constrain the women’s earnings when they were photographed together. But men who observers thought were not high earners put an effective ceiling on the amount that women they were photographed with were thought to earn.

Our study should be replicated, and probed, in order to see how general this finding is. But the implications for those of us interested in eliminating arbitrary inequities are clear: how we judge women’s status and economic clout, even in a very abstract study of photographs, is constrained by the status and clout of the bloke standing next to them.

This kind of effect might present yet another factor contributing to wage inequalities. As Amany put it in our paper:

Stereotypical or implicit assumptions that women earn less money than the men they work with, are romantically involved with, or whose company they otherwise keep, can be both shaped by and feed back into sex-differences in earnings.

These assumptions also distort the blend of evolutionary and economic factors that shape dating and mating. In speed dating scenarios, men value women’s intelligence and ambition, but only to the point where they match the men’s own, beyond which men become less attracted to smarter and more ambitious women. And some fabulous work on large data sets of American marriages, led by Marianne Bertrand, shows that when the woman’s income approaches or exceeds her husband’s, the marriage becomes more likely to dissolve. Or else the high earning woman compensates for her failing of ‘earning too much’ by quitting work, working fewer hours, embracing extreme feminine grooming and behavioural stereotypes, or taking up more household chores.

Can you see why I’m pessimistic?

There remains so much to learn about how and why women’s earnings, and our judgements of their status, are constrained by the male company they keep in ways that simply do not pertain in the reverse. The vague society-wide forces so often demonised in the study of gender can only take us so far; understanding how and why high-achieving women are so often socially and romantically excluded will take a focus on individual drivers and the evolutionary and economic dynamics that shape them.

Men are from Mars, women are from ... Mars? How people choose partners is surprisingly similar