Opinion To stop new viruses jumping across to humans, we must protect and restore bat habitat. Here’s why

Bats host many viruses dangerous to humans. But it’s only when their habitats are destroyed that we’re at risk. 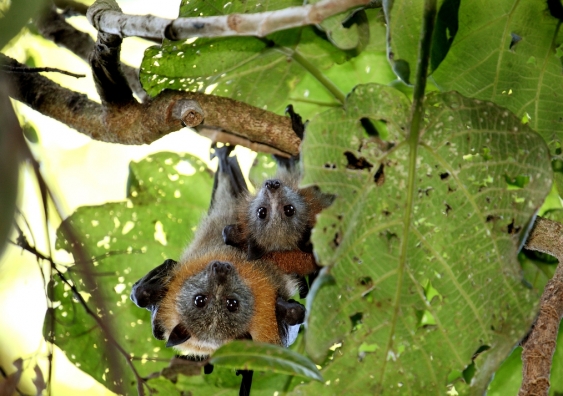 Bats have lived with coronaviruses for millennia. Details are still hazy about how one of these viruses evolved into SARS-CoV-2, which causes COVID in humans. Did it go directly from bats to humans or via another animal species? When? And why? If we can’t answer these questions for this now-infamous virus, we have little hope of preventing the next pandemic.

Some bat species are hosts for other viruses lethal to humans, from rabies to Nipah to Hendra. But their supercharged immune systems allow them to co-exist with these viruses without appearing sick.

So what can we do to prevent these viruses emerging in the first place? We found one surprisingly simple answer in our new research on flying foxes in Australia: protect and restore native bat habitat to boost natural protection.

When we destroy native forests, we force nectar-eating flying foxes into survival mode. They shift from primarily nomadic animals following eucalypt flowering and forming large roosts to less mobile animals living in a large number of small roosts near agricultural land where they may come in contact with horses.

Hendra virus is carried by bats and can spill over to horses. It doesn’t often spread from horses to humans, but when it does, it’s extremely dangerous. Two-thirds of Hendra cases in horses have occurred in heavily cleared areas of northern New South Wales and south-east Queensland. That’s not a coincidence.

Now we know how habitat destruction and spillover are linked, we can act. Protecting the eucalyptus species flying foxes rely on will reduce the risk of the virus spreading to horses and then humans. The data we gathered also makes it possible to predict times of heightened Hendra virus risk – up to two years in advance. 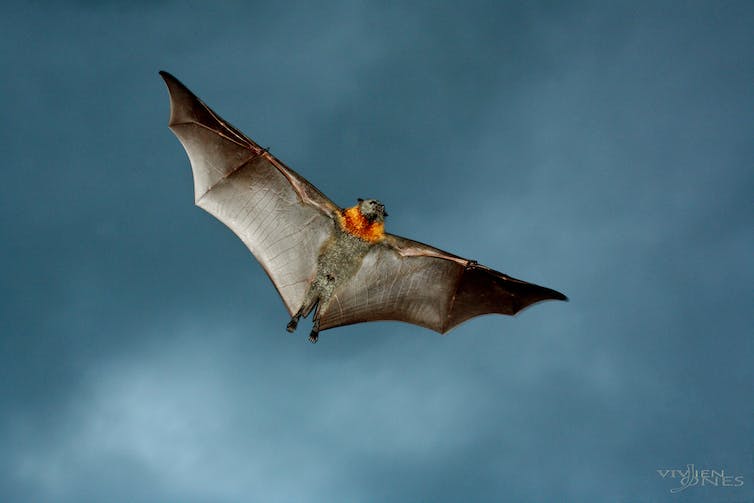 Grey headed flying foxes prefer to roost in huge groups, feeding on eucalypt nectar. But if there are no eucalypts, they look for food in rural and suburban areas. Photo: Vivien Jones, Author provided.

What did we find out?

Many Australians are fond of flying foxes. Our largest flying mammal is often seen framed against summer night skies in cities.

These nectar-loving bats play a vital ecosystem role in pollinating Australia’s native trees. (Pollination in Australia isn’t limited to bees – flies, moths, birds and bats do it as well). Over winter, they rely on nectar from a few tree species such as forest red gums (Eucalyptus tereticornis) found mostly in southeast Queensland and northeast NSW. Unfortunately, most of this habitat has been cleared for agriculture or towns.

Flying foxes are typically nomadic, flying vast distances across the landscape. When eucalypts burst into flower in specific areas, these bats will descend on the abundant food and congregate in lively roosts, often over 100,000 strong.

But Australia is a harsh land. During the severe droughts brought by El Niño, eucalyptus trees may stop producing nectar. To survive, flying foxes must change their behaviour. Gone are the large roosts. Instead, bats spread in many directions, seeking other food sources, like introduced fruits. This response typically only lasts a few weeks. When eucalypt flowering resumes, the bats come back to again feed in native forests.

But what happens if there are not enough forests to come back to?

Between 1996 and 2020, we found large winter roosts of nomadic bats in southeast Queensland became increasingly rare. Instead, flying foxes were forming small roosts in rural areas they would normally have ignored and feeding on introduced plants like privet, camphor laurel and citrus fruit. This has brought them into closer contact with horses.

In related research published last month, we found the smaller roosts forming in these rural areas also had higher detection rates of Hendra virus – especially in winters after a climate-driven nectar shortage. 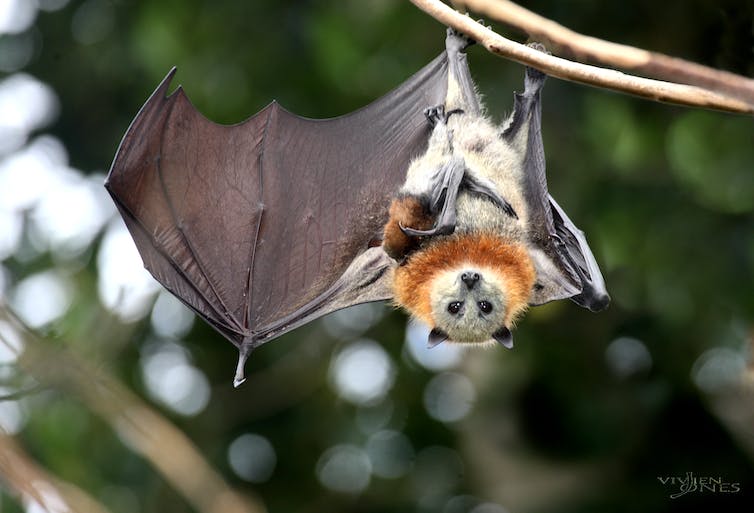 Importantly, the models showed a strong link between food shortages and clusters of Hendra virus spillovers from these new roosts in the following year.

This means by tracking drought conditions and food shortages for flying foxes, we can get crucial early warning of riskier times for Hendra virus – up to two years in advance.

Biosecurity, veterinary health and human health authorities could use this information to warn horse owners of the risk. Horse owners can then ensure their horses are protected with the vaccine. 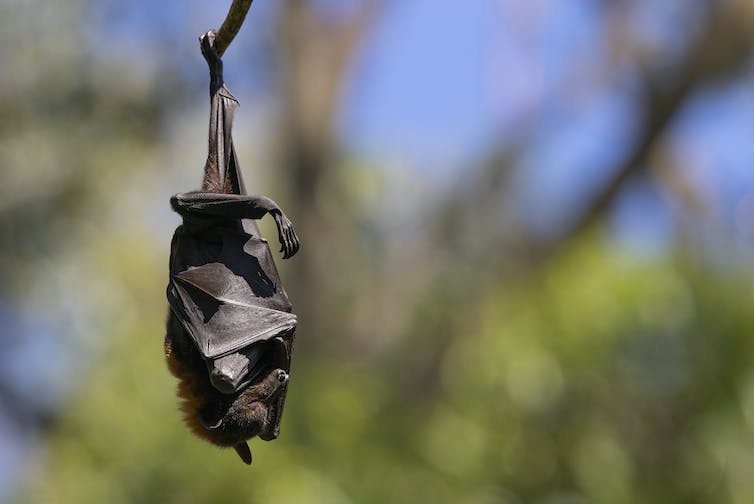 How can we stop the virus jumping species?

Conservationists have long pointed out human health depends on a healthy environment. This is a very clear example. We found Hendra virus never jumped from flying foxes to horses when there was abundant winter nectar.

Protecting and restoring bat habitat and replanting key tree species well away from horse paddocks will boost bat health – and keep us safer.

Flying foxes leave roosts in cities or rural areas when there are abundant flowering gums elsewhere. It doesn’t take too long – trees planted today could start drawing bats within a decade.

SARS-CoV-2 won’t be the last bat virus to jump species and upend the world. As experts plan ways to better respond to next pandemic and work on human vaccines built on the equine Hendra vaccines, we can help too.

How? By restoring and protecting the natural barriers which for so long kept us safe from bat-borne viruses. It is far better to prevent viruses from spilling over in the first place than to scramble to stop a possible pandemic once it’s begun.

Planting trees can help stop dangerous new viruses reaching us. It really is as simple as that.