Stronger westerly winds in the Southern Ocean could be the cause of a sudden rise in atmospheric carbon dioxide in a period of less than 100 years about 16,000 years ago. 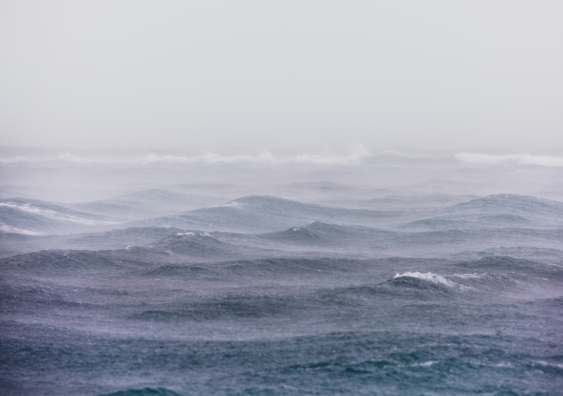 Researchers seeking answers to the cause of a sudden rise in atmospheric CO2 in a period of less than 100 years about 16,000 years ago have revealed in Nature Communications how stronger westerly winds in the Southern Ocean could be the cause.

The westerly winds during that event strengthened as they contracted closer to Antarctica, leading to a domino effect that caused an outgassing of carbon dioxide from the Southern Ocean into the atmosphere.

This contraction and strengthening of the winds is very similar to what we are already seeing today as a result of human caused climate change.

“With this in mind, the contraction and strengthening of westerly winds today could have significant implications for atmospheric CO2 concentrations and our future climate.”

Heinrich event 1, which occurred about 16,000 years ago, is a favorite to study because alterations in ocean currents, temperature, ice and sea levels are clearly captured in an array of geological measures. This allows theories to be tested against these changes.

Until now, many of the propositions put forward for the carbon dioxide spike struggled to explain its timing, rapidity and magnitude.

But when the researchers used climate models to replicate an increase in the strength of westerly winds as they contracted towards the Antarctic, the elements began to align. The stronger winds caused a domino effect that not only reproduced the increase in atmospheric carbon dioxide but also other changes seen during Heinrich 1.

The stronger winds had a direct impact on the ocean circulation, increasing the formation of bottom water along the Antarctic coast and enhancing the transport of carbon rich waters from the deep Pacific Ocean to the surface of the Southern Ocean. As a result, about 100Gt of carbon dioxide was emitted into the atmosphere by the Southern Ocean.

Today, observations suggest westerly winds are again contracting southwards and getting stronger in response to the warming of our planet.

“The carbon exchange in particular between the Southern Ocean and the atmosphere matter deeply for our climate. It is estimated the Southern Ocean absorbs around 25% of our atmospheric carbon emissions and that ~43% of that carbon is taken up by the Ocean south of 30S,” said Dr Menviel.

“With westerly winds already contracting towards Antarctica, it’s important to know if this event is an analogue for what we may see in our own future.

“For this reason, it is vital to bring more observational networks into the Southern Ocean to monitor these changes. We need a clear warning if we are approaching a point in our climate system where we may see a spike in atmospheric carbon dioxide and the rapid temperature rise that inevitably follows.”