The high rate of ice melt along the West Antarctic Peninsula is being driven by strengthening winds on the opposite side of the continent, up to 6000km away, new research suggests. 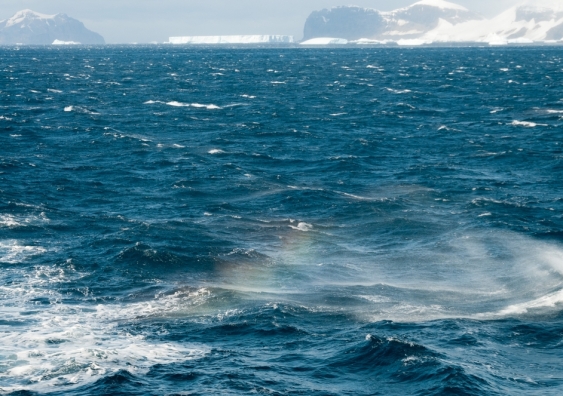 New research published today in Nature Climate Change has revealed how strengthening winds on the opposite side of Antarctica, up to 6000km away, drive the high rate of ice melt along the West Antarctic Peninsula.

Researchers from the ARC Centre of Excellence for Climate System Science found winds in East Antarctica can generate sea-level disturbances that propagate around the continent at almost 700 kilometres per hour via a type of ocean wave known as a Kelvin wave.

When these waves encounter the steep underwater topography off the West Antarctic Peninsula, they push warmer water towards the large ice shelves along the shoreline. The warm Antarctic Circumpolar Current passes quite close to the continental shelf in this region, providing a source for this warm water.

“It is this combination of available warm water offshore and a transport of this warm water onto the shelf that has seen rapid ice shelf melt along the West Antarctic sector over the past several decades,” said lead researcher Dr Paul Spence, who is based at UNSW's Climate Change Research Centre.

“We always knew warm water was finding its way into this area but the precise mechanism has remained unclear. That remote winds on the opposite side of Antarctica can cause such a substantial sub surface warming is a worrying aspect of the circulation at the Antarctic margin.”

The changes in the Antarctic coastal winds, particularly along East Antarctica, might themselves be related to climate change. This is because as the Earth warms the strong westerly winds associated with storms over the Southern Ocean contract toward the poles, in turn changing the winds near the Antarctic continent.

When the researchers modelled the impacts of these altered winds on Antarctica they found that they could drive warming of up to 1 degree C of the waters at the depth of floating ice shelves along the Western Antarctica Peninsula.

This could have significant implications for Antarctica’s ice shelves and ice sheets, with previous research showing that even small increases in ocean temperatures can substantially increase melt rates around the Peninsula.

“For lack of precise estimates of future change, scientists have remained conservative in what this melting means for the globe, but recent estimates suggest Antarctica could contribute more than a metre to sea-level rise by 2100 and over 15 metres by 2500 under current emissions trajectories,” Dr Spence said.

“This would be disastrous for coastal regions and displace hundreds of millions of people worldwide.

“If we do take rapid action to counter global warming and slow the rise in temperatures, southern storms tracks are likely to return to a more northerly position. That may slow the melting in Western Antarctica and bring more reliable autumn and winter rains back to the southern parts of Australia.”

“It would also limit ocean warming and give some of the world’s major marine-terminating ice sheets a chance to stabilise. It’s vital we achieve this or we are likely to see more calving of large ice shelves, similar to the recent Larsen C event.”

Why remote Antarctica is so important in a warming world