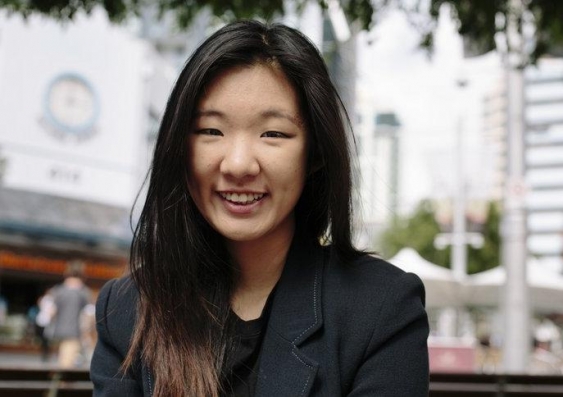 She received the $10,000 AMP grant at an awards dinner held last night in Sydney.

The grants are offered to people “who have a talent or a passion for something that will ultimately benefit Australia,” according to AMP, which received more than 3,000 entries for this year’s competition.

Wu said the grant “means a lot” and will aid Austern International’s growth and expansion, including setting up offices in Australia and overseas and employing operations staff.

Austern’s first internship program was held in June and July of this year, and introduced 35 students to businesses in China.

Wu described it as “hugely successful” and said the company is recruiting a fresh round of students for internships over the summer of 2014/15.

Wu has also received support from the Student Entrepreneur Development program run by UNSW’s commercialisation company, NewSouth Innovations (NSi). This support has included mentoring, legal advice and introductions, including to the Shenzhen Economic & Trade Representative Office (SETRO), which hosted Wu in August for meetings with potential partners, clients and investors.

“Entrepreneurs, on average, only find success on their third or fourth startup,” Flannery said.

“We are doing our best to give UNSW students amazing support at an earlier stage of life when they are on their first or second attempt at a startup, giving them a significant competitive advantage.”

NSi counts more than 270 student start-ups – including Austern International – on its books, just two years after launching its entrepreneurship scheme.

SETRO and NSi are holding a UNSW Startup Shenzhen event in Sydney on 11 December in the hope of uncovering more UNSW startups that have made China a key market in their business plans.

$50k up for grabs for UNSW student entrepreneurs