UNSW’s Big Questions Institute is proud to partner with the Sydney Opera House and Cisco to present physicist and cosmologist Stephen Hawking in his first Australian talk live from Cambridge via the latest technology. 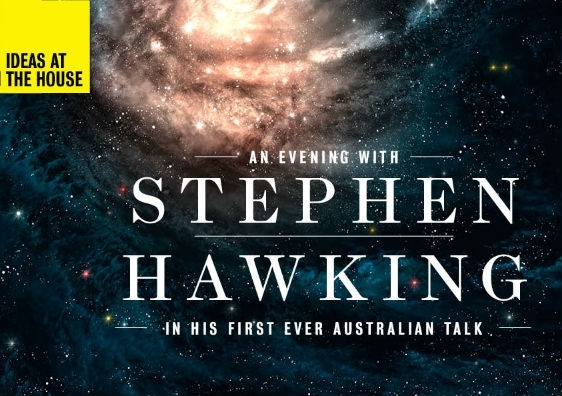 UNSW’s Big Questions Institute is partnering with the Sydney Opera House and Cisco to present An Evening with Stephen Hawking, a night celebrating the phenomenal story of physicist and cosmologist Professor Stephen Hawking.

Professor Hawking will appear from the University of Cambridge via the very latest in collaboration technology, for what will be his first lecture in Australia. His daughter and co-author Lucy Hawking will be live on-stage in the Sydney Opera House Concert Hall and fellow physicist and writer Paul Davies will give a brief introduction to Hawking’s extraordinary life and work.

Professor Hawking has recently agreed to serve as an Advisory Board Member of UNSW’s Big Questions Institute (BQI), a new research centre devoted to investigating the big questions of science.

There are few scientists that can be said to have touched the public imagination in the ways that Stephen Hawking has. As a physicist, he has deepened our knowledge of black holes, general relativity and the Big Bang Theory, working on the basic laws that govern the universe. As the author of the international best-seller A Brief History of Time, Hawking has introduced millions to some of the most mind-twisting concepts in modern physics. Other best-sellers include A Briefer History of Time, Black Holes and Baby Universes and My Brief History. 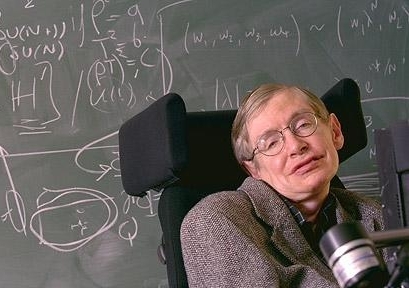 Lucy and Stephen Hawking have also co-written a series of children’s books about the adventures of George and Annie, melding cosmology and adventure.

Professor Hawking is currently Director of Research at the Department of Applied Mathematics and Theoretical Physics (DAMTP) and Founder of the Centre for Theoretical Cosmology (CTC) at the University of Cambridge. For over thirty years he has lead the General Relativity group in DAMTP and he has been Principal Investigator of the COSMOS National Cosmology Supercomputer since 1997. He is also the Emeritus Lucasian Professor for Cambridge, a title that boasts Isaac Newton, Paul Dirac and Charles Babbage amongst its previous holders.

Diagnosed with amyotrophic lateral sclerosis, a form of Motor Neurone Disease, shortly after his 21st birthday, Hawking has used a wheelchair and computerised voice system for communication for a number of decades. He has consistently defied expectations and never let his physical restrictions limit his imagination or intellect.

In film, his incredible life was recently celebrated in The Theory of Everything, with actor Eddie Redmayne winning the Academy Award for Best Actor for his portrayal of him.

UNSW President and Vice-Chancellor Professor Ian Jacobs, said: “UNSW is proud to play a part in bringing such a brilliant and inspiring scientist as Stephen Hawking to Australian audiences at what will be a memorable event. It is part of our University’s mission to be an intellectual and ideas forum to discuss and debate the grand challenges of our time and Professor Hawking is a scientific thought leader like no other. We are privileged and excited that Professor Hawking has agreed to join the Advisory Board of UNSW’s Big Questions Institute, as we strive to further understand the mysteries of the universe.”

“Co-founded with Darren Dougan, Professor Stephen Hawking, and others, BQI brings together some of the most brilliant minds on the planet, to share ideas in tackling some of the most fundamental and intriguing questions in modern science. Science is for everyone and an equally important BQI purpose is to form the bridge between fundamental science and the general public, through outreach and through events such as this evening.”

WHAT: An Evening with Stephen Hawking
WHEN: Sunday 26 April, 8pm
WHERE: Concert Hall, Sydney Opera House
TICKETS: $139 Premium / $99 A Reserve / $69 B Reserve (plus concession prices)

More information on the event and tickets is available on the Sydney Opera House website.