Human-induced climate change was almost certainly responsible for a marine heat wave off Tasmania’s east coast that lasted 251 days and had an area of impact seven times the size of the island, a new study shows. 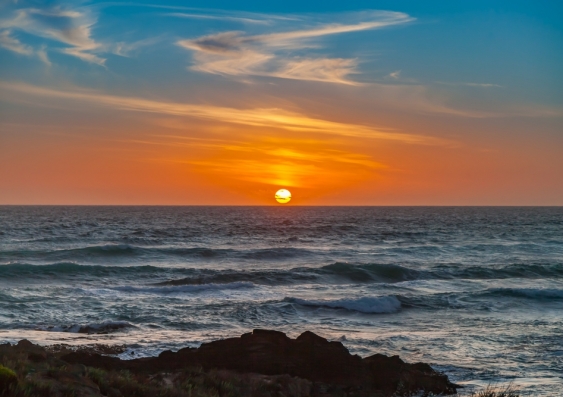 Climate change was almost certainly responsible for a marine heatwave off Tasmania’s east coast in 2015/16 that lasted 251 days and at its greatest extent had an area of impact seven times the size of Tasmania, according to a new study published today in Nature Communications.

At its peak intensity, waters off Tasmania were 2.9°C above expected summertime temperatures.

Lead author from the ARC Centre of Excellence for Climate System Science (ARCCSS) Dr Eric Oliver said marine heat wave events of this kind were likely to increase in the future because of climate change.

“We can say with 99 per cent confidence that anthropogenic climate change made this marine heat wave several times more likely, and there’s an increasing probability of such extreme events in the future,” Dr Oliver said.

“This 2015/16 event was the longest and most intense marine heatwave on record off Tasmania.”

The research team led by scientists from ARCCSS and the Institute for Marine and Antarctic Studies (IMAS) at the University of Tasmania, in collaboration with the CSIRO and the Australian Institute of Marine Science, found the heatwave was driven by a surge of warm water in the East Australian Current, which has been growing stronger and reaching further south in recent decades.

The area off the east coast of Tasmania is already known as a global warming hotspot with temperatures in this region warming at nearly four times the global average rate.

Co-author Associate Professor Neil Holbrook from IMAS said it was vital to monitor and research these marine heatwaves because if identified early it would allow fisheries and aquaculture industries to adapt and manage their resources.

“The evidence shows that the frequency of extreme warming events in the ocean is increasing globally,” Associate Professor Holbrook said.

“In 2015 and 2016 around one-quarter of the ocean surface area experienced a marine heatwave that was either the longest or most intense recorded since global satellite-records began in 1982.

“Studying these events plays an important role in helping industries, governments and communities to plan for and adapt to the changes and their growing impacts on our environment and ecosystems,” Associate Professor Holbrook said.

The ARC Centre of Excellence for Climate System Science is based at UNSW. Dr Sarah Perkins Kirkpatrick, from UNSW's Climate Change Research Centre, was also an author on the paper.