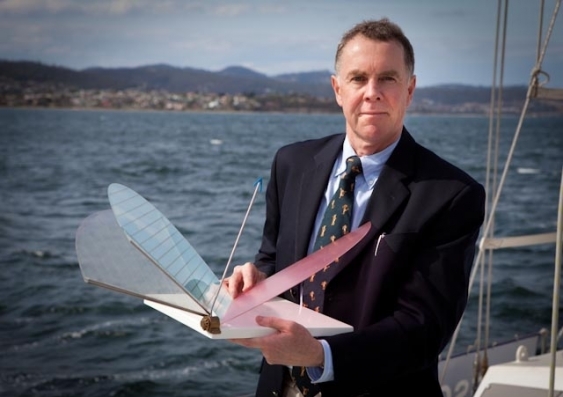 Professor Sherwood, Director of the Climate Change Research Centre, was awarded $2.76 million over five years to improve understanding of clouds, storms and other atmospheric phenomena. The research will improve modelling of future climate change as well as benefit predictions of the weather.

An authority on atmospheric science, Professor Sherwood was a lead author of the Chapter on Clouds and Aerosols in the 2013 Intergovernmental Panel on Climate Change Working Group 1 Fifth Assessment report.

Professor McDougall, of the School of Mathematics and Statistics, was awarded $2.77 million to work on better models of mixing in the ocean, to improve predictions of changes to climate in a warming word. The ocean’s role in the climate system is predominantly to store and to transport heat and carbon dioxide.

An internationally renowned oceanographer, Professor McDougall received the Australian Academy of Science’s 2015 Jaeger Medal for Research in Earth Sciences at a ceremony in Canberra earlier this month.

Both Professor Sherwood and Professor McDougall are investigators with the Australian Research Council Centre of Excellence for Climate System Science, based at UNSW.

Professor Gooding, of the School of Chemistry, was awarded $2.88 million to develop a new type of diagnostic device that can measure single molecules or single cells. This cutting-edge technology will not only be important for biological discovery, but could lead to the development of biosensors with applications in environmental monitoring, disease prediction, personalised medicine and drug discovery.

A founding co-director of the Australian Centre for Nanomedicine, Professor Gooding won the Eureka Prize for Scientific Research in 2009 and the NSW Science and Engineering Award for Emerging Research in 2013.

Minister Pyne said Australian Laureate Fellowships were prestigious and highly sought after, and competition this year was especially high, with an increase in applications of almost 30 per cent.

“The research programmes of the 15 Laureate Fellows will deliver outcomes that will benefit our nation, its economy and our people,” he said.

The 15 fellowships are worth a total of $42 million over five years. UNSW’s share of $8.4 million was the second highest amount received by any university, with the University of Queensland being awarded $8.7 million for its three new fellows.