Throwing light on the brain’s perception of transparency

Researchers have created a new optical illusion that helps reveal how our brains determine the material properties of objects – such as whether they are transparent, shiny, matte or translucent – just by looking at them. 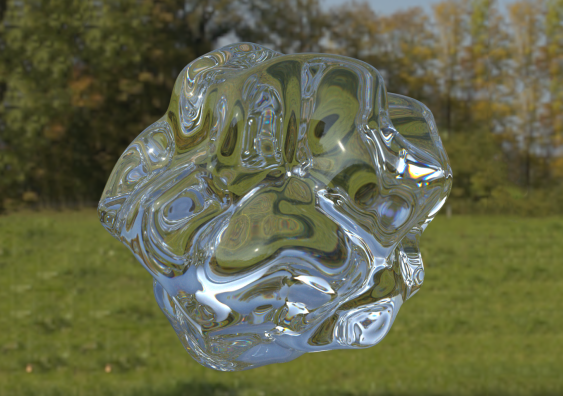 A computer-generated image of an object with the refractive index of glass which people perceive as transparent when viewed in this orientation.Image Juno Kim

Researchers have created a new optical illusion that helps reveal how our brains determine the material properties of objects – such as whether they are transparent, shiny, matte or translucent – just from looking at them.

UNSW scientist Dr Juno Kim created a computer image of an object with the refractive index of glass. People perceived it as transparent when they viewed it in one orientation. But when it was flipped upside down, it then looked opaque and glossy to them.

“It demonstrates the visual system has learnt to rely on the orientation of the horizon, and whether bright highlights are at the top or the bottom of an object, to work out whether objects are transparent or opaque. It shows that our brain is asking: which way is up?”

The study by Dr Kim and Dr Phillip Marlow of the University of Sydney is published in the journal i-Perception.

Crystal balls and other transparent round objects refract light so the sky appears at the bottom and the ground or ocean at the top.

A popular sculpture that demonstrates this inversion effect is Lucy Humphrey’s Horizon, a large transparent acrylic sphere filled with water that featured in the Sculpture by the Sea exhibition in Sydney in 2013, and which was on show again in August 2016 at Barangaroo. 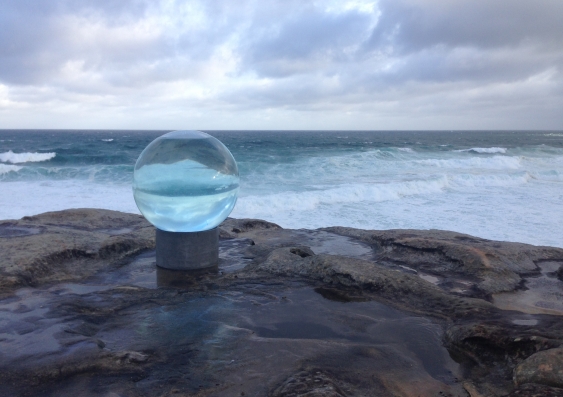 “With mirror-like, shiny round balls, on the other hand, the sky and the ground appear the right way up, and this is something we automatically learn throughout life,” says Dr Kim.

To produce the new optical illusion, he created a computer image of an object with a refractive index equivalent to Crown glass as viewed in outdoor light.

The object was rated as having a similar transparency to ice or glass on average by eight observers.

But when the object was viewed upside down and the bright highlights were at the top where you would expect the sky to be, it was mistaken as opaque and reflective, with some saying it looked like liquid metal. 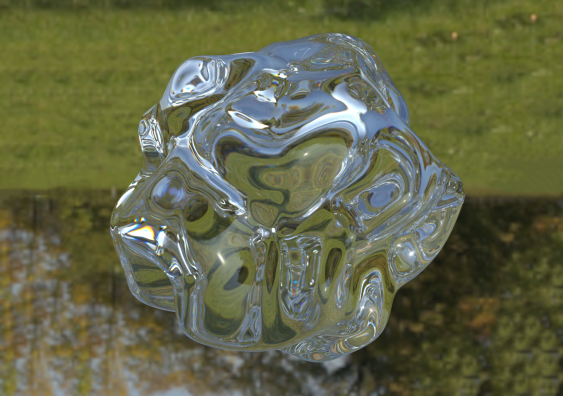 A computer-generated image of an object with the refractive index of glass which people perceive as opaque when viewed in this orientation. Image: Juno Kim

“Our brain is sophisticated, but when it is trying to infer the material composition of an object just from the distorted pattern of light reflected from the surface, it makes guesses based on previous experience,” says Dr Kim.

“This optical illusion appears to be driven by two main biases in the brain. The first is the assumption that a light source usually comes from above. This bias is the reason people look scary and very different when they put a torch under their chin. The brain is used to processing faces with the light coming from above.

“And the second bias is that most objects tend to be convex, or round overall."

Apart from revealing the hidden working of the brain, the research could have applications for computer animators wanting to produce realistic images of objects, or for people making visual judgements about the composition of objects on a processing line.​