The idea of ordering slaughter-free authentic meat is becoming a reality, a UNSW food and health expert says. 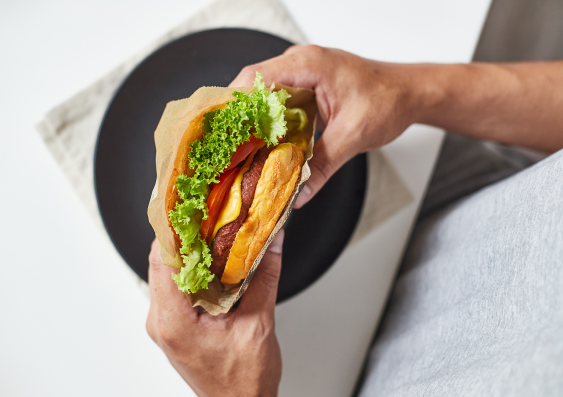 The future of cellular agriculture is not confined just to cultured meat, but to sustainably produce materials for other industries such as seafood or even dairy. Image: Shutterstock

When a research team from the Netherlands presented the world’s first burger grown from cultured animal cells, they set off the next huge race in science and the food industry.

And while the idea of growing meat in a petri dish was mind-boggling at the time, so too was the production cost of about $400,000.

The next challenge: how to make it commercially viable to produce?

Fast forward almost 10 years and many millions of dollars later, the emerging cellular agriculture industry is pushing to meet growing demands on the global food systems – largely driven by demographics.

Food and health expert Professor Johannes le Coutre, from UNSW School of Chemical Engineering, says that foods produced from cell cultures will have the same nutritional value as those produced from vegetables and animals.

“Cellular agriculture is a growing field of activities that are deeply rooted in existing technology to produce food. It combines elements of agriculture, life science, medical research, and engineering with the goal of growing edible tissues from vegetables or meat at the cellular level.

“The technology enables us to provide real meat – without having to kill an animal.”

The process involves taking cells through a small biopsy from a live animal. The material is then subjected to a number of biological steps to ensure it has the same nutritional features, look, texture and most importantly, flavour characteristics as real meat.

“The meat we consume is only a fraction of the animal. With the developing technologies in tissue culture and organ engineering, it’s slowly becoming possible to grow these materials in the laboratory.”

Professor le Coutre says consumers will be more likely to accept the idea of eating meat that’s produced in ways similar to cheese and yoghurt if there is a clear added benefit. And one of the biggest advantages of recreating meat, is knowing exactly what’s in it.

“It is about a new wave of domestication,” he says.

“Growing the meat is just one part of it. At UNSW, we’re asking additional important questions about the mechanisms that are important to grow and scale this industry.

“We are advancing the food safety and nutritional aspects around it too, and then of course, using science to scale it underpins everything we do.”

It’s a problem for the planet, too

Cellular agriculture foods directly address other pressing issues, such as climate change. The costs of meat products in the market do not recuperate the full environmental costs involved with their production such as greenhouse gas and water use.

Professor le Coutre says that animal farming accounts for about 14 per cent of greenhouse gas emissions, and the livestock industry is among the largest drivers of biodiversity loss. In some countries, an estimated 25 per cent of the freshwater supply is used for livestock production.

“The livestock industry and the connected food systems are running into various issues including credibility and sustainability.

“This sustainability argument is relevant because you can put clear numbers on it. The data tells us that agriculture and the systems driving livestock growth are leading to greenhouse gas emissions much higher than those generated by the aviation industry.”

“What we’re working on is not only scientifically and commercially exciting but ethically exciting too because it’s going to change our relationship with food.” 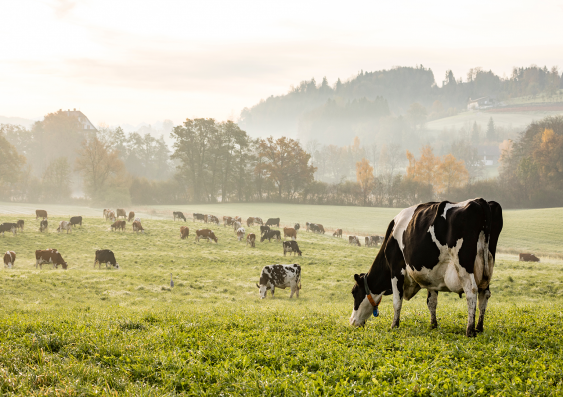 The livestock industry is among the largest drivers of biodiversity loss with animal farming accounting for about 14 per cent of greenhouse gas emissions. Image: Shutterstock

But what about plant-based meat alternatives?

The reality of having a burger made from vegetables is not a new idea. Take a walk down the freezer aisle of your local supermarket and you can find sausages or chicken schnitzels made entirely from plant material.

“If you take plant-based tissues and try to turn them into food that has the same appearance as meat, you inevitably conduct processing steps detrimental to the original plant material.

“People should eat vegetables and plant materials such as beans, peas, legumes – that’s wonderful and great. However, I continue to believe we should consume meat products in moderation. And with the future of cellular agriculture, we can do this in a sustainable way.”

Prof le Coutre says the future of cellular agriculture is not confined just to cultured meat, but to sustainably produce materials for other industries such as seafood or even dairy. While proofs of principle have been obtained, further research is needed to ensure lab-produced meat satisfies consumer expectations and can be manufactured at a reasonable cost.

“The ambition is to get the cost down to below that of traditional meat to make it acceptable for the consumer but we are not there yet. Our goal is to commercialise what we’re achieving through R&D and to see products dominate supermarket shelves within the coming 5-10 years.”

Prof le Coutre says the research they are working on is multidisciplinary with the intention to redefine the entire value chain for a novel food system. More investment is needed to reach the full potential in this field.