UNSW scientist Dr Belinda Liddell is one of five early career researchers who will undertake a two-week media residency at the ABC after being named a winner of the 2018 Top 5 science communication program. 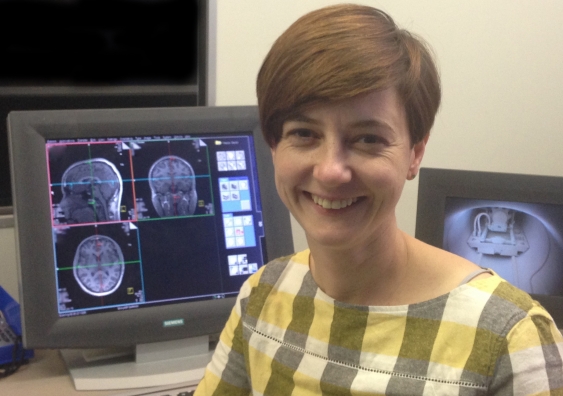 UNSW scientist Dr Belinda Liddell, who works on the psychology of trauma, is one of five early career researchers who will undertake a two-week media residency at the ABC after being named a winner of the 2018 Top 5 science program.

For the first time, this year's Top 5 are all women. Demonstrating a flair and passion for communicating their research, they were selected from more than 150 applicants from universities and research institutes across Australia, and work in fields ranging from radio astronomy and advanced manufacturing to the use of exercise in cancer recovery.

Supported by ABC RN and UNSW Sydney, the five winners will work with some of Australia's best science journalists to train in the craft of radio, TV and digital communication and bring their knowledge and expertise to content-hungry audiences seeking science-based information, entertainment and debate.

The winners will undertake their ABC residency in July ahead of National Science Week in August.

UNSW Dean of Science Professor Emma Johnston says the competition is a wonderful way to encourage early career researchers to nurture their communication skills, so they can reach a wider audience.

"It is vital that researchers are strong advocates for the scientific process and are able to present their work in the clearest and most compelling ways possible. I'm delighted to see these winners are drawn from a spectrum of STEMM areas. I can't wait to hear the contributions from these amazing young researchers," she says.

"We had such a range of scientific brilliance - all the judges were delighted by the compelling evidence of how well our researchers are performing in their fields and what this tells you about the quality of science in this country," Williams says

"What's more they are so passionate - their own chosen word - about science communication, and keen to learn during their two weeks in the ABC cauldron."

The ABC says the Top 5 initiative affirms the ABC's investment in great Australian content, and shows its dedication to supporting emerging talent.

Now in its fourth year, the successful Top 5 program has been expanded to include researchers from the Humanities and Social Sciences. Winners in this new Top 5 category will be announced later in June. The Top 5 Humanities winners, supported by the University of Sydney, will complete their ABC residencies in September.