Game theory expert Haris Aziz says cricket should introduce a new way of conducting the toss so there’s less of an advantage gained just from calling heads or tails correctly. 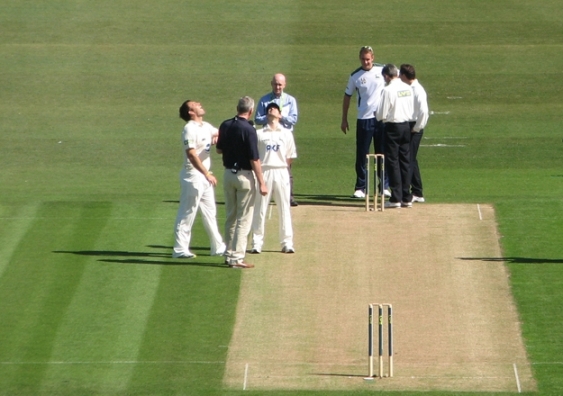 The outcome of cricket matches can be significantly influenced by which team wins the toss and therefore gets to decide whether to bat or bowl first. Photo: Shutterstock

A UNSW academic has proposed a new way of conducting a coin toss in cricket that aims to make the game fairer.

Scientia Associate Professor Haris Aziz is an expert in game theory and decision theory and says his research can help reduce the significant impact of losing the toss – which can often play a major role in deciding the outcome of a match.

Indeed, the International Cricket Council even considered scrapping the traditional toss altogether during a meeting in 2018, before ultimately deciding it should be retained due to being an ‘integral part of Test cricket’.

But the issue has once again become a hot topic after the recent T20 World Cup in UAE and Oman when the vast majority of matches were won by the team that won the toss and could decide whether to bat or field first – including Australia’s victory over New Zealand in the Final.

A/Prof. Aziz’s own research has identified that losing the toss in any form of cricket can often put a team at a huge disadvantage before a single ball has been bowled and so he has proposed a new system that he calls, ‘Toss, Propose and Choose’.

Under this method, the toss takes place as normal, but instead of the winning captain choosing whether to bat or bowl first – and thus immediately gaining a potentially strong position – the losing captain would instead make a proposal.

The losing captain would make his own determination on how many runs advantage he feels would be gained by batting first. For example, in a Test match, he may feel that a pitch that looks easy to bat on for the opening couple of days but might later produce turn, is effectively ‘worth’ an extra 100 runs to the team that bats first.

To counter that advantage he then proposes an offer to the captain who won the toss, by way of a choice. Either bat first and give up 100 runs, or choose to bowl and take the 100 bonus runs for his own team.

In a different scenario, if the pitch or weather conditions are conducive to swing bowling on the opening day, the captain losing the toss may believe batting first is a major disadvantage and therefore propose adding runs to the team put in.

The captain winning the toss would then choose whether to send his team into bat on a tricky pitch, but starting at 100/0 for example, or bowl to the opposition with them on the same opening score.

“It seems unfair that the whole outcome of a cricket match can be decided by the toss of a coin right at the start,” says A/Prof. Aziz, from the School of Computer Science and Engineering. 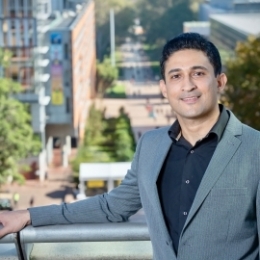 “But the problem is, how can we ensure that the toss continues to be meaningful but doesn’t have an unfair effect on the outcome of the match? As a trained mathematician who researches the fairness of decision rules and systems, this is something I am very interested in.

“My ‘Toss, Propose and Choose’ plan is an adaptation of the classical ‘Divide and Choose’ method devised by mathematicians for fairly sharing a divisible resource,” he says.

“The idea is that if you are sharing something and somebody gets something valuable, then the other person should be compensated for that.

“In the case of cricket, the valuable asset is the choice to bat or bowl first which currently does not cost you anything. In this proposal, the team who doesn’t make the choice does get compensated by way of runs, which makes it much fairer.

“This method still leaves scope for the captains to be strategic, either by the offer they propose or the decision they ultimately make based on the choices offered.”

The game of cricket has already been influenced heavily by mathematicians, most notably since 1999 when the ICC officially adopted a method by statisticians Frank Duckworth and Tony Lewis to calculate the target score for a team batting second in a limited overs game which gets interrupted.

A/Prof. Aziz says his method for restructuring the toss could become equally impactful given the fact calling heads or tails correctly can heavily skew any given match.

“This isn’t just a theoretical or purely academic process. I really think this proposal has merit and addresses a lot of the problems that have already been discussed with regards to winning or losing the toss in cricket,” he says.

“I think this is an important problem to try to solve because in cricket there are all these important games – like the T20 World Cup Final, or the fifth game of an Ashes, or the final of the ICC World Test Championship – and it could potentially all be decided just by who wins the toss.

“Teams train and prepare for so long and then it might all come down to whether the captain correctly call heads or tails, which is totally random.

“And obviously in certain countries, and in certain conditions, winning the toss becomes a lot more important because it can give you such a big advantage. And this proposal just aims to reduce the impact of the toss on the game.”

India and Australia; beyond cricket