Opinion Turnbull has an opportunity to make Australia a science nation 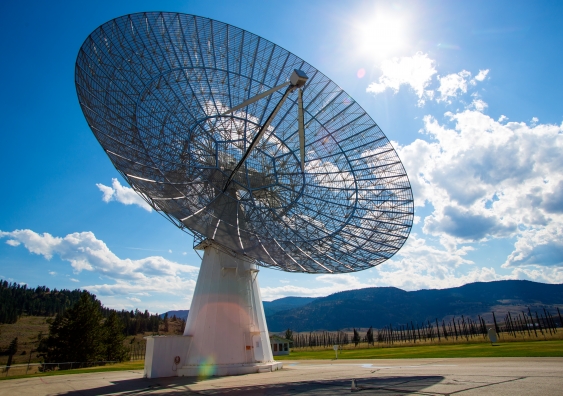 The new Prime Minister has an opportunity to reverse the cuts to science funding and transform Australia into an innovative nation. (Mark Klotz/Flickr)

OPINION: Australia’s new Prime Minister, Malcolm Turnbull, talked a lot in Monday night’s press conference about the future of Australia. He stressed that we have to be agile, innovative and driven by technology. And that “change is our friend” if we are smart enough to take advantage of it.

I completely agree. This all points to just one thing: Australia must become a science nation.

It would be fair to say that science hasn’t had an easy run under the Abbott government. The 2014-15 federal budget cut science and research deeply. There were cuts to grant programs, to CSIRO and DSTO, among others. These came on top of cuts made by governments before it.

But most puzzling were big cuts to the ARC’s Linkage grants program and the Cooperative Research Centres program. These are both schemes that focus on collaboration between industry and scientists, which is an agenda that the government has been pushing hard.

Then there was the government’s threat – ultimately withdrawn – to effectively close down big, critical research infrastructure if its university fee deregulation bill wasn’t passed. This would have meant mothballing A$3 billion in important scientific facilities to save A$150 million.

Scientists felt like the Government was treating them with contempt and taking an exceptionally short-sighted view of research in this country.

So despite some promising ideas in the government’s Vision for a Science Nation consultation paper, the future for science and research in Australia has been left on uncertain and shaky ground.

Research is a major driver of economic growth. Advanced physical and mathematical sciences are responsible for 11% of Australia’s economic activity, underpinning 760,000 jobs. Future prosperity will rely on the decisions made now.

We need a Turnbull government to take a long-term, strategic view of science policy. Scientific discovery doesn’t come on tap and it can’t be neatly switched on and off in line with transient budget priorities. Worthwhile scientific research takes time, resources and expertise.

In particular, local research capability takes decades to develop, and can be destroyed quickly. Our large research facilities need not only the money to keep them running, but also the specialised knowledge of skilled staff who know how to get the best of them.

To protect these capabilities, we need the Turnbull government to make science policy that transcends political lines. Before the next election, the Turnbull government must commit to sustaining critical research infrastructure for the long term, and maintaining and improving research funding. It is particularly important to recognise the value of basic research, which provides the scientific knowledge that drives future innovation.

Australia’s basic research is of high quality, and far too valuable to lose.

We do need the Turnbull government to consider science, research and innovation from a whole-of-government perspective. Science isn’t just something to be funded by a single department or agency and forgotten by everyone else.

Progressing scientific discovery from pure, basic research through to new commercial products and services requires a science-based philosophy from government that starts with school and university education, and progresses right through the stages of basic and applied research to international science linkages and to commercialisation of discoveries.

Science and research needs a well-coordinated, whole-of-government approach; ideally with a strong and dedicated champion in cabinet.

But perhaps the most important thing that the Turnbull government can do is to bring on the debate about universities, higher education and research. In Monday night’s press conference, Turnbull promised to “[Lay] out what the issues are, [get] the facts straight […] and [make] the case for that path forward”. It is my greatest hope that he will take this approach when he comes to the critical issues facing Australia’s university sector.

We need to have a debate. What do we want from our universities? As well as contributing to the education agenda, universities provide a strong research sector which underpins future industries, they are the training ground for the next generation of the country’s leaders and the workforce that will drive the economy. Higher education is also one of the largest export industries in Australia.

Universities will be instrumental in enabling Turnbull’s innovation future, by training tomorrow’s workforce and providing the basis for a strong and creative research sector. But that can’t happen unless they have the confidence of the community, and they are properly resources and to do what we want them to do.

The science sector will be watching with hope this week and over coming months, as portfolios are distributed to a new cabinet and, presumably, new policies begin to emerge.

We hope that the new Prime Minister will create the policy impetus to encourage science and work towards the agile, innovative and technologically-driven Australia he envisions.

Les Field is Vice-President & Deputy Vice-Chancellor (Research) at UNSW Australia and Secretary for Science Policy at the Australian Academy of Science.