UNSW scientists in Professor Merlin Crossley’s group have shed light on a crucial mechanism in the field of epigenetics, an area of gene regulation. 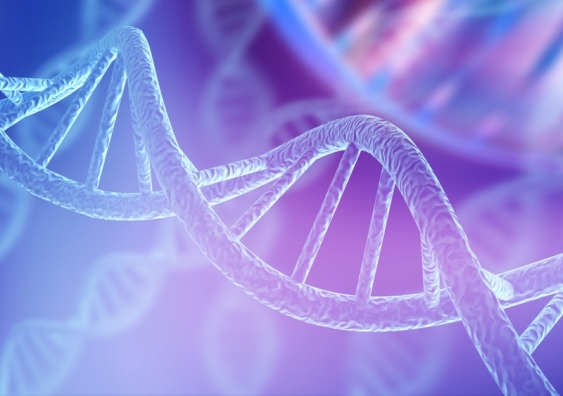 Epigenetics looks at how non-permanent, acquired chemical marks on DNA determine whether or not particular genes are expressed. Image: Shutterstock

A key epigenetic mark can block the binding of an important gene regulatory protein, and therefore prohibit the gene from being turned off, a new UNSW study in CRISPR-modified mice – published this month in Nature Communications – has shown.

The study has implications for understanding how epigenetics works at a molecular level – and down the track, the scientists hope the research will help them to investigate new treatments for blood disorders.

“Epigenetics looks at how non-permanent, acquired chemical marks on DNA determine whether or not particular genes are expressed,” study leader and UNSW Professor Merlin Crossley says.

The field has attracted significant public attention, as it explains how these acquired characteristics – chemical modifications to DNA that result from factors like diet, stress, ageing and normal development – can affect our genes.

“There is even the idea that some characteristics related to non-permanent changes in gene output can persist through generations, so we may inherit them from our parents and pass them on to our children,” Prof Crossley says.

“For example, earlier work from Professor Margaret Morris’s group at UNSW has shown how metabolic health and obesity in male mice were passed on via epigenetic means to offspring and influenced their risk of diabetes, although how important such effects are in humans remains uncertain.”

Despite the depth of interest, little is known about the mechanisms by which chemical marks on DNA then affect gene expression. 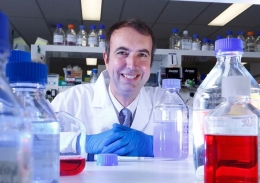 “Think of DNA as a clothesline, epigenetic chemical marks as pegs, and regulatory proteins – that bind to specific DNA sequences and control which genes turn on or off – as pigeons that want to sit on the clothesline,” Prof Crossley says.

“If the line is covered with pegs, pigeons won’t be able to land. We used mice to look at a key gene in blood and changed it so it either had or did not have a peg, and found this determined whether a gene regulatory protein could bind and turn off the gene. The gene stayed on until the peg was removed.

“In a nutshell, our study demonstrates that methylation – the biological process that adds methyl groups like epigenetic chemical marks to DNA – can affect the binding and activity of that protein in gene expression. It had long been suspected this would be the case but having a solid foundation, with one mark and one DNA-binding protein gives you the components with which to build.”

The scientists say their work is important for understanding how epigenetics works at a molecular level, and how gene expression is orchestrated during blood development – specifically, during a process called differentiation, where unspecialised blood stem cells change into specialised cell types, such as red blood cells.

“As blood stem cells differentiate into red blood cells, the epigenetic marks across DNA – in this case methylation – change. At a certain point during the differentiation process, removing the marks allows certain genes to be turned off, and others to be turned on. If you don’t want a gene to be turned on, adding a methyl group can lock in its current expression level,” Prof Crossley says.

“Some genes are sensitive to methylation and others are not,” Prof Crossley says.

“Defining the precise components of the switch allows researchers to design new gene expression switches that could sense the epigenetic state of genes, or generate genes that were resistant or responsive to epigenetic gene control.

“Understanding epigenetics helps us understand not only normal gene biology, but why gene therapy vectors are often turned off and how we might keep them on – and how we could turn others – like viral genes – off.”

The work has only become possible due to the development of CRISPR-mediated gene editing – technology that lets scientists modify the genomes of living organisms.

“Many people had suspected that epigenetic marks directly influenced the binding of gene regulatory proteins but until recently it was impossible to change individual DNA sequences and test the effect in proper biological systems,” Prof Crossley says.

“In this case we modified mice here at UNSW Sydney, in collaboration with Lars Ittner’s team now at Macquarie, and were able to show how single changes could influence gene output.”

In future research, the scientists want to use the technology to investigate the epigenetic silencing of globin genes with a view to reversing that to treat lifelong blood disorders such as Sickle Cell Anemia and Thalassemia.

This research was enabled by funding from the Australian Research Council and National Health and Medical Research Council. The key experiments were carried out by Lu Yang, a PhD student, who was supported by a China Council Scholarship. Dr Kate Quinlan, a UNSW Scientia Fellow, co-led the study.