Opinion To understand how storms batter Australia, we need a fresh deluge of data

Improving our understanding of severe storms requires a lot of data but research resources are limited and spread across many different storm types. Christopher J. White, Jason Evans and Kevin Walsh think citizen scientists could help fill the gaps. 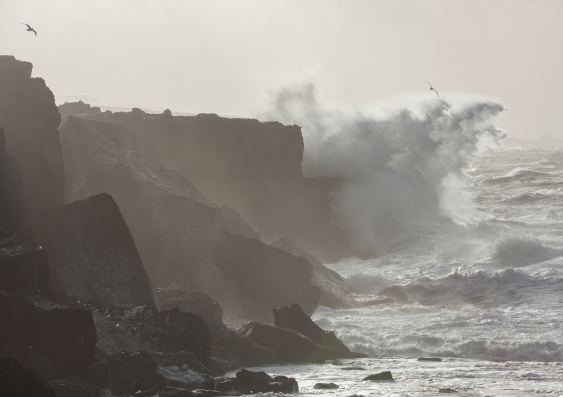 OPINION: Storms, wind and hail do a lot of damage to Australians and their property. The 1999 Sydney hailstorm, for instance, cost A$1.7 billion in insured losses. That makes it the biggest single insurance loss in Australian history; in today’s money it would have cost more than A$4 billion.

Our understanding of wind and hail depends on the type of storm that generates them – and this is where it gets complicated. Thunderstorms can generate not just heavy rainfall but also high winds, lightning and hail, albeit in very localised areas. Large-scale storms such as tropical cyclones are a different phenomenon altogether, bringing not just destructive winds but also storm surges and soaking rains, often over wide areas.

This complexity makes storms difficult to study, because limited research resources are spread across the many different storm types and their associated hazards.

To help address these issues, we collated and reviewed the latest knowledge and understanding of storms in Australia, covering the current scientific literature on the assessment, causes, observed trends and future projected changes of storm hazards, with a specific focus on severe wind and hail. We found that progress has been made in many areas, but also that much remains to be done.

Are we getting more or fewer storms?

In short – we don’t know with confidence. Despite the severity of the impacts wrought by storms, there is limited observational data for some types of storms and their associated hazards, particularly for the estimation of hail and wind.

Current estimates of the hail hazard in Australia, for example, are available only from the Bureau of Meteorology’s severe storm archive, which suffers from large uncertainties associated with biases and changing reporting practices. This makes it unsuitable for assessing the climatology of hail storms on a national scale.

Similarly, issues such as changes to Automatic Weather Stations (AWS) and limited records of atmospheric pressure observations, have hampered efforts to develop high-quality surface wind datasets across Australia. Bob Dylan might have been right when he told us “you don’t need a weatherman to know which way the wind blows,” but then again he didn’t win his Nobel Prize for meteorology. 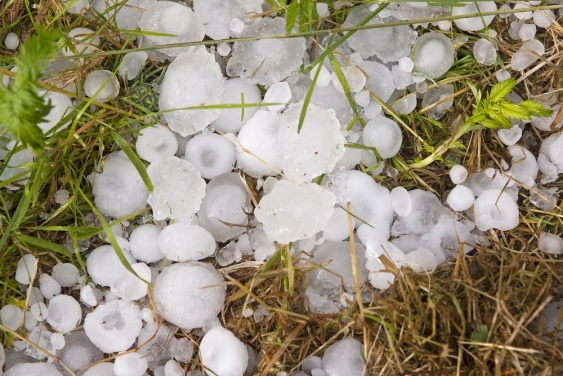 European researchers have analysed hailstorm trends using networks of devices called “hailpads”. But these records do not exist in Australia, and so there is a significant gap in our knowledge about hailstorm histories and trends.

The projections of future wind hazard in and around Australia are equally limited and differ from region to region. For example, in the tropics, research suggests that extreme wind hazard may decrease in the future, although confidence in this prediction is low. Meanwhile, summer wind increases are possible in those parts of Australia that are subjected to East Coast Lows.

We also don’t really know what to expect from future severe thunderstorms, and while research suggests that they may become more frequent in southeastern Australia, there is a wide range of uncertainty around this projection.

For future trends in hail, again there are only a few studies currently available, but there is at least an indication of increases in hail frequency in southeastern regions.

But while the picture is very uncertain for now, we hope this uncertainty will be reduced with the help of improvements in both the observation and computational modelling of storms and their associated hazards. We are growing more confident in our predictions for tropical cyclones, forecasting that the overall number will decline, but that the strongest storms will grow stronger still.

We also hope to improve our understanding of severe thunderstorms by using remote sensing platforms to record hail and extreme wind events right across Australia. These include the GPATS lightning-detection network, the new Himawari-8 and 9 satellites, and the Bureau of Meteorology’s soon-to-be upgraded radar network. Validation of these techniques, of course, will also require high-quality direct observations of these severe weather conditions – the very thing we currently lack.

Is this where you come in?

Citizen scientists may, however, help to fill some of these gaps. There are exciting prospects for improving severe weather observations, such as the success of the mPING crowdsourced weather reports project in the United States, which allows participants to use a mobile phone app to report severe weather, which then feeds into new research.

This approach could prove to be an excellent way of getting data in such a vast and diverse landscape as Australia, while simultaneously engaging with both the public and the atmospheric science community. We could also enlist the help of scientific study groups, which bring together academics, scientists and industry partners to exchange ideas and develop research techniques.

“The storm is up, and all is on the hazard,” cried Cassius in William Shakespeare’s Julius Caesar. How true that is of storms in Australia.

If we don’t increase our observational and research abilities, we might never fully understand the impacts of severe storms, much less be able to deal with them.

Christopher J. White is a Lecturer in Environmental Engineering, University of Tasmania.

Kevin Walsh is a Reader in the School of Earth Sciences, University of Melbourne.

Nine years after Pasha Bulker, we’re getting a handle on East Coast Lows