Underwater forest project recognised for its winning ways with the public

Marine scientists from UNSW Sydney and the Sydney Institute of Marine Science (SIMS) have won the NSW Government’s Natural Environment Award for an innovative project to restore crayweed forests to Sydney’s foreshores. 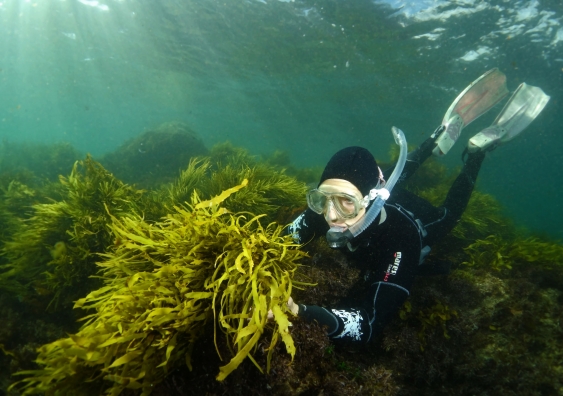 The award, part of the 2017 Green Globe Awards recognising people and organisations committed to environmental sustainability, went to Operation Crayweed, a team of scientists which includes SIMS Director and Professor in the UNSW School of Biological, Earth and Environmental Sciences, Peter Steinberg, and his colleagues in the School, Dr Adriana Vergés, Dr Ezequiel Marzinelli and Dr Alexandra Campbell.

Dr Melinda Coleman from the NSW Department of Primary Industries and Associate Professor Brendan Kelaher from Southern Cross University are also part of the winning team.

Once dominant along Sydney’s coastline, crayweed started to disappear mysteriously about 30 years ago.

Team members demonstrated the environmental and ecological benefits of restoring Sydney's coastal crayweed forests and, by working with the public, put the marine restoration project into action.

Recreational divers, a crowdfunding campaign, a website and film, extensive media, art installations at Sculpture by the Sea, and more than a hundred school children all contributed to the project. 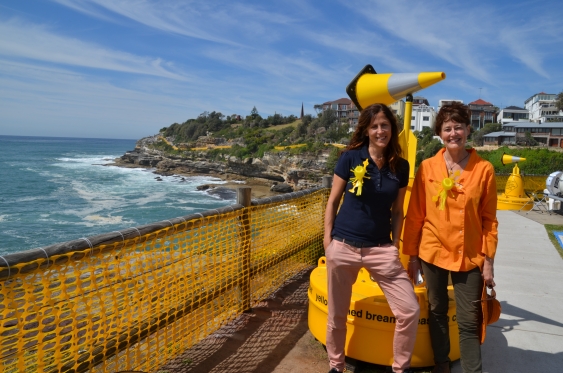 Dr Adriana Verges (left) and artist Jennifer Turpin at the 2016 Sculpture by the Sea art installation at Bondi.

By championing marine restoration together with seaweed-focused outreach, the team has reversed the local extinction of crayweed along the Sydney coastline, said the award citation.

“The project has significantly increased public awareness of global marine habitat degradation, and demonstrated the positive role of science and community engagement in a species recovery.”

Operation Crayweed was also a finalist for the 2017 Australian Museum Eureka Prize for Environmental Research. 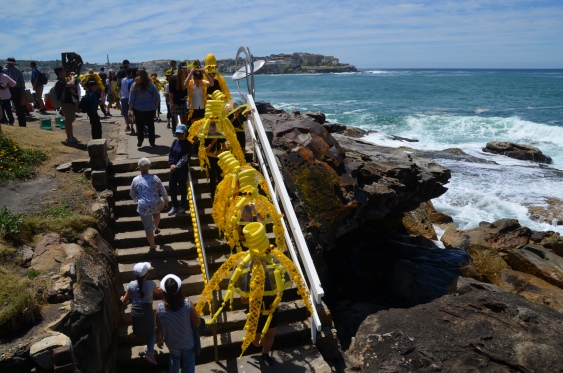 An independent panel of sustainability experts selected this year’s winners of 12 Green Globe Awards, which were presented on Thursday at the Art Gallery of NSW hosted by NSW Environment Minister Gabrielle Upton.

“I’m inspired by the pioneering projects and the dedicated people and organisations across our state who are committed to driving us towards a better future for our planet and the next generation,” Mr Lean said.

Plant an underwater tree this Christmas