One of the world's first Parent-Child Interaction Therapy school-based clinics has opened at Ingleburn Public School. 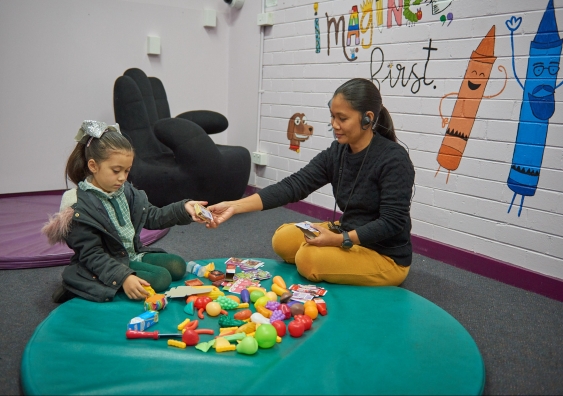 UNSW Sydney has partnered with a network of public primary schools and preschools in south-western Sydney to establish one of the world's first school-based clinics to provide evidence-based early intervention to young children with severe disruptive behaviour.

The PCIT program is an evidence-based treatment for children between the ages of two to seven years who display disruptive behaviour problems. About 6% of Australian children have disruptive behaviour disorders, putting them at risk for future school failure and dropout, family violence, mental illness, and criminal behaviour. 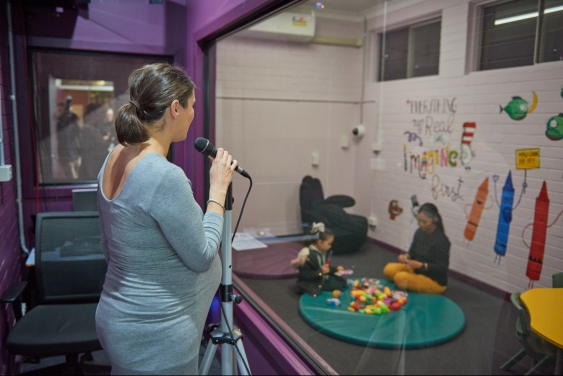 “This is a really important step in bridging the gap between clinical research and practice,” said Associate Professor Kimonis. “We have excellent evidence-based treatments that many families are never able to access.

“These children tend to have early-starting conduct problems that negatively affect their home and school environments. There are a whole host of negative things that are likely to eventuate downstream for these children, their families, peers and teachers if we don’t address those problems early enough.

“By preschool age we can reliably identify when a child’s disruptive behaviours are at a level that require intervention.”

Students will be invited to participate in the PCIT program through either identification as at-risk through a school-wide screening, by teacher referral, or where they are struggling to transition from preschool to kindergarten.

Ingleburn Public School principal Graeme Green, who was at yesterday’s launch, said he hoped the clinic model would be so successful that it would spread into schools in the greater Sydney metro area.

“Nothing like this has been done before in a school setting. We are empowering our students to become collaborative, innovative global citizens, and this program will help them get there,” said Mr Green.

Associate Professor Kimonis founded the Parent-Child Research Clinic at UNSW Psychology in 2013 and is its director. In 2016 published a ground-breaking study showing that indications of callous-unemotional traits which describe children low in empathy and remorse can be reliably observed in children as young as age three. She developed an enhanced PCIT treatment to target the unique needs of children with callous-unemotional traits because of their poor response to existing evidence-based treatments. She plans to deliver both standard and targeted versions of PCIT at the Ingleburn clinic.

Standard PCIT has two phases delivered via real-time coaching of parents using a wireless headset from behind a one-way mirror by a therapist. The intervention typically involves between 14 and 21 weekly one-hour sessions.

“We will also be implementing other interventions in partnering schools, including a general parenting program and online teacher training that we will be rolling out to help educators learn skills to manage disruptive behaviours.” 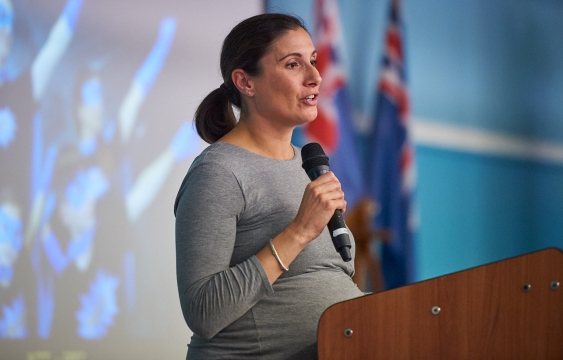 The south-western Sydney area where the project will run has vulnerable communities with pockets of significant disadvantage with some families, groups and communities characterised by financial instability and unemployment; poorer mental and physical health; and lower use of preventative services compared to the rest of NSW.

“Although there is some support for vulnerable families, some serious barriers can prevent them from accessing mental health services including lack of knowledge and understanding of the availability and cost of treatment, lack of child care, and long waiting lists. It is our goal to overcome many of these barriers by delivering PCIT directly in local schools,” said Associate Professor Kimonis. “This community is fortunate to have such forward-thinking leadership at the seven participating schools. Our hope is that this world-first, grassroots initiative will achieve national recognition and serve as a model for schools across Australia.”