UNSW cyber security pioneer Gernot Heiser and solar engineer Thorsten Trupke have been elected as Fellows of the Australian Academy of Technology and Engineering. 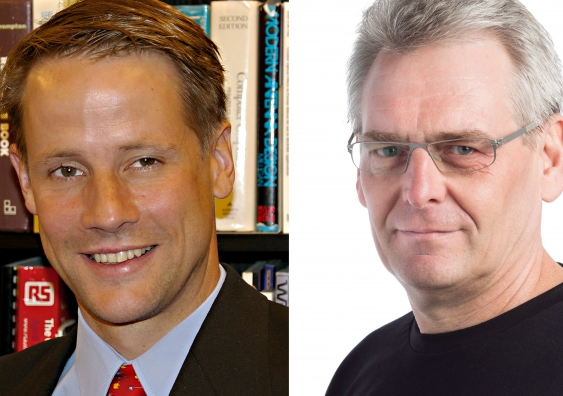 UNSW cyber security pioneer Gernot Heiser and solar engineer Thorsten Trupke have been elected as Fellows of the Australian Academy of Technology and Engineering.

The UNSW pair is among 25 new Fellows for 2016, including key business leaders and academics, prominent commercial innovators, professional and business leaders and respected public sector figures, the Academy said in a statement. Eight Fellows are from NSW, five from Victoria, four from WA, three each from Queensland SA and two from the ACT.

Professor Heiser, who is the John Lions Chair of Operating Systems in the School of Computer Science and Engineering, is a pioneer in the development of formally verified secure computer operating systems, which underpin the protection of computer systems from cyber attack and the development of dependable systems in applications from robotics to medical devices.

He led the team that developed the mathematics to allow large-scale verification of operating systems, developed the first secure microkernel, and led its deployment in defence robotics systems. He was a founder of Open Kernel Labs in 2006, which was sold to General Dynamics in 2012.

Professor Trupke, from the School of Photovoltaic and Renewable Energy Engineering, has made outstanding contributions to the field of photovoltaics (PV) and solar cell technology through his pioneering research breakthroughs and their subsequent translation to industry.

In particular, Trupke's photoluminescence imaging (PI) – commercialised via BT Imaging, where he is the founder and CTO – has been revolutionary, with PI now a standard method used in virtually all PV research laboratories. It has been central to the significant acceleration in PV research and development.

ATSE is an independent body of 800 eminent Australian scientists and engineers dedicated to the enhancement of Australia’s prosperity through technology and innovation.

Read more about the 2016 Fellows here.

Australian Academy of Technology and Engineering