UNSW's Matthew England has been awarded the prestigious 2017 Tinker-Muse Prize in recognition of his outstanding research, leadership and advocacy for Antarctic science. 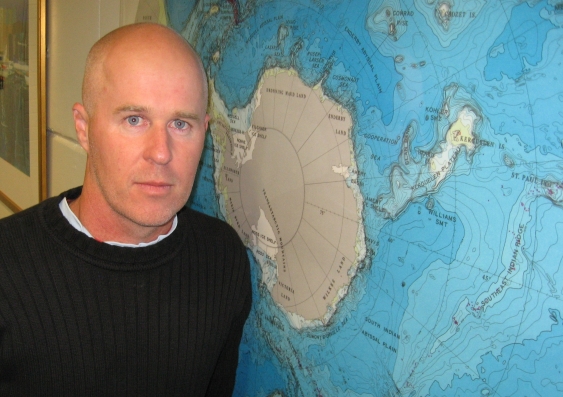 The prestigious Tinker-Muse Prize for Science and Policy in Antarctica for 2017 has been awarded to UNSW scientist Matthew England in recognition of his outstanding research, leadership and advocacy for Antarctic science.

The US $100,000 prize, awarded by the Tinker Foundation and administered by the Scientific Committee on Antarctic Research, is presented annually to an individual whose work has enhanced the understanding and/or preservation of Antarctica.

Scientia Professor England, of the UNSW Climate Change Research Centre, was honoured for his “sustained and seminal contribution to Antarctic science through profound insights into the influence of the Southern Ocean on the continent and its role in the global climate system”.

He was also recognised for his significant leadership roles in international programs such as the Climate and Ocean – Variability, Predictability, and Change (CLIVAR) project and the Climate and Cryosphere (CliC) project of the World Climate Research Program, where he has demonstrated a strong commitment to collegiality, capacity building and the global impact of Antarctic science.

Professor England has consistently shown a rare ability to translate global issues to local impacts, and in an engaging and accessible way to the general public.

“Importantly, Professor England has consistently shown a rare ability to translate global issues to local impacts, and in an engaging and accessible way to the general public,” the prize citation reads.

“He has led the world in championing the importance of Southern Ocean water masses and circulation in global climate, pioneering our understanding of the Southern Annular Mode and its influence on the coupled ocean-ice-atmosphere system, quantifying rates and pathways of the Southern Ocean overturning circulation, and discovering new insights into the physics of tropical high-latitude teleconnections.” 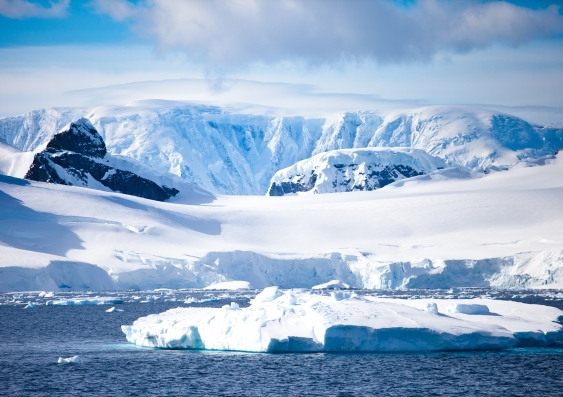 Professor England said: “I am delighted to receive this award and I wish to pay tribute to my research team and collaborators – past and present – for inspiring my work in Antarctic and Southern Ocean science.

“Antarctica plays a crucial role in regional and global climate. This award will further focus my efforts to better understand Antarctica's climate as well as the ocean circulation around the continent, aiming to improve our knowledge of the region's vulnerability to climate change.

“Preserving the Antarctic environment requires limiting carbon emissions to keep global warming below 1.5–2 degrees Celsius. We need to ensure this commitment is met. Every fraction of a degree of warming poses a greater risk for Antarctic ice sheet stability and catastrophic sea-level rise.”

UNSW Dean of Science Professor Emma Johnston said: “We congratulate Matthew on receiving this well-deserved prestigious award. The Antarctic continent and its surrounding oceans are a critical component of the earth’s climate system. What happens in this oft-forgotten region of the world matters to all of us. Matthew is an outstanding scientist who has dedicated his career to the southern oceans and this is due recognition of his enormous contributions.

“Matthew is also an inspirational leader, training the next generation of Antarctic scientists and using his talent as a science communicator to advocate for strong policy on climate change,” she said.

Preserving the Antarctic environment requires limiting carbon emissions to keep global warming below 1.5–2 degrees Celsius. We need to ensure this commitment is met.

England completed his studies in oceanography, applied maths and climate dynamics at the University of Sydney between1984 and 1992, obtaining a BSc (Class 1 and University Medal) followed by a PhD. His doctorate was completed under the supervision of Professor Matthias Tomczak and Dr Stuart Godfrey, who both sparked an early interest in the circulation of Antarctic water masses.

In 1990, England was awarded a Fulbright Scholarship to visit the Geophysical Fluid Dynamics Laboratory of the National Oceanic and Atmospheric Administration in the US, where he worked with climate modelling pioneers Kirk Bryan and Syukuro Manabe on the representation of Antarctic water masses in the most sophisticated climate models available at the time. This led to his lifelong interest in climate physics and ocean circulation modelling with a focus on the Southern Hemisphere.

After appointments at the Centre National de la Recherche Scientifique (CNRS) in Toulouse France, and then CSIRO in Australia, England joined UNSW Sydney in 1995 where he has held Australian Research Council Federation and Laureate Fellowships. In 2007, he established the UNSW Climate Change Research Centre with Professor Andy Pitman. The CCRC became the host institution for the ARC Centre of Excellence for Climate System Science in 2011.

England’s Antarctic research spans oceanography, climate dynamics, atmospheric processes, climate variability, paleoclimate and ice-ocean interactions. He has written seminal papers on the topics of Antarctic water-mass formation, ocean-atmosphere interactions, Southern Hemisphere climate variability, and Southern Ocean ventilation rates, including pioneering work on the use of tracers to evaluate large-scale ocean circulation in the Antarctic region. He has published more than 180 peer-reviewed journal articles during the past 25 years.

England has also been highly active in teaching, research supervision, media and outreach, lecturing to more than 3000 students and supervising projects for more than 50 PhDs and early career scientists.

The award will be officially presented to him at the 12th International Conference for Southern Hemisphere Meteorology and Oceanography, AMOS-ICSHMO 2018, to be held at UNSW Sydney, Australia from 5 to 9 February 2018.

The Tinker-Muse Prize for Science and Policy in Antarctica includes a US $100,000 unrestricted award presented to an individual in the fields of Antarctic science or policy that has demonstrated potential for sustained and significant contributions that will enhance the understanding and/or preservation of Antarctica. The prize is funded by the Tinker Foundation, whose goal is to recognize excellence in Antarctic research by honouring someone in the early to mid-stages of his or her career. The Prize is inspired by Martha T. Muse's passion for Antarctica and is a legacy of the International Polar Year. For further details, please visit the Muse Prize website.