Sensor technologies to help tackle big challenges in agriculture, health, the environment and industry have received a major boost with the NSW Government investing $700,000 in a new Smart Sensing Network. 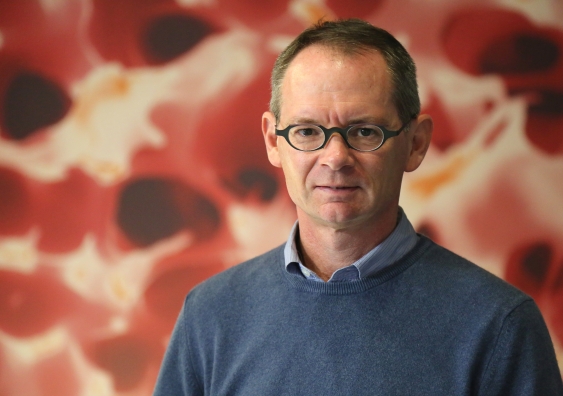 Cutting-edge sensor technologies to help tackle big challenges in agriculture, health, the environment, transport and industry have received a major boost with the NSW Government investing $700,000 in a new Smart Sensing Network.

UNSW Scientia Professor Justin Gooding of the School of Chemistry and University of Sydney Professor Ben Eggleton will co-lead the network, which will bring together experts in chemistry, physics, nanotechnology and ICT to work on smart sensors.

The initial focus will be on five flagship projects, including one to be led by UNSW chemist Dr Alex Donald aimed at increasing the portability of ion-mobility mass spectrometers – the technology used to screen for explosives at airports – so they can be used for applications in health and the environment.

The other four flagship projects are sensors to identify gas emissions in the resource industry, optical sensors on smart phones to monitor people’s vital signs, glucose biosensors for diabetes management, and monitors to track native animals in the wild.

UNSW and the University of Sydney are each investing $125,000 to establish the network, in addition to the government grant.

In launching the new collaboration on 24 August, NSW Minister for Industry, Resources and Energy, Anthony Roberts, said the social and economic benefits to the state from the development and commercialisation of the smart sensors would be enormous.

“History demonstrates that even seemingly insurmountable problems can be solved, and one of the best ways to do it is by bringing the sharpest minds together and allowing them to collaborate,” Mr Roberts said.

“NSW is home to some exceptional scientists and engineers and Professor Ben Eggleton and Professor Justin Gooding are two of our very best.”

NSW Chief Scientist and Engineer Professor Mary O’Kane said: “By capitalising on the very strong problem-solving abilities of our universities and research organisations we will realise big improvements to our way of life – and that inevitably includes reaping economic wins.”

Dr Donald said the flagship project he will lead offered a great opportunity to develop portable ion detection devices to help detect environmental pollutants, explosives or narcotics, and to monitor diseases by measuring molecules in our breath.

The main problems with existing devices were portability, sensitivity, and detection limits for the range of molecule types that can be detected.  The sensitivity of detection was also diminished when measuring complex mixtures of molecules – such as blood, urine, and soil – for medical and environmental applications.

“The ultimate goal is to get around these issues and make it a truly versatile technology that can fit into the palm of your hand, and be used to detect a variety of molecules nearly simultaneously, with a single device,” Dr Donald said.

“It’s fantastic that the government has taken the initiative to fund the network’s world-class research and solve problems of interest to NSW.”