A UNSW engineer has been recognised by the prestigious MIT Technology Review for his pioneering research building miniaturised systems that separate the rare cells of the human body. 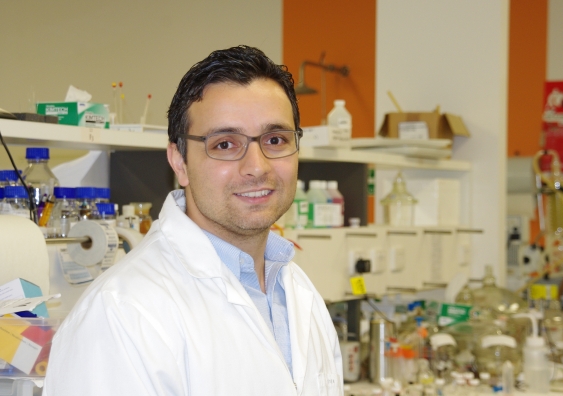 A UNSW Australia engineer has been named as one of top innovators aged under 35 in the Asia-Pacific by the prestigious MIT Technology Review for his pioneering research building miniaturised systems that separate the rare cells of the human body.

Dr Majid Ebrahimi Warkiani, an early career researcher and lecturer at UNSW’s School of Mechanical and Manufacturing Engineering, was one of ten innovators that made MIT’s innovators list.

Dr Warkiani and his team have been researching ‘microfluidics’, which involves the engineered manipulation of fluids at the micro-scale, to enable the sorting and separating of rare cells. The technology has shown considerable promise in point-of-care diagnostics and clinical research.

Cell sorting is used in a range of medical applications, including separating platelets from other blood cells for treating serious complications from bleeding and haemorrhage. It is also used for extracting foetal cells from the blood of pregnant women for prenatal diagnosis.

“The need for efficient and high-throughput cell enrichment, which is an essential preparatory step in many chemical and biological assays, has driven researchers to find new approaches for separating cells using various microfluidic technologies,” says Dr Warkiani.

Dr Warkiani and his team have developed a number of new miniaturised cell separation systems, known as inertial microfluidic platforms, which use the force produced by fluids in motion to separate the human body’s rarest cells.

The new systems are already being used to separate circulating tumour cells (CTCs) from blood to enable them to undergo genetic analysis for advanced cancer management.

They are also being used to enrich malaria parasites from blood for early malaria diagnosis and to separate stem cells to better understand their therapeutic potential. The systems are in the process of being commercialised.

Researchers on this year’s list of ‘Innovators Under 35’ will be formally recognised at the upcoming 2016 EmTech Asia conference, where each will present a three-minute elevator pitch about their research.

The group are also in the running to become finalists for the global list of innovators under 35 (TR35), which will be announced later this year.

If the shoe fits, innovate