Scientists from UNSW and Germany are conducting research this week at Wellington Caves as part of an international project to better understand how changes in climate and land use will impact groundwater. 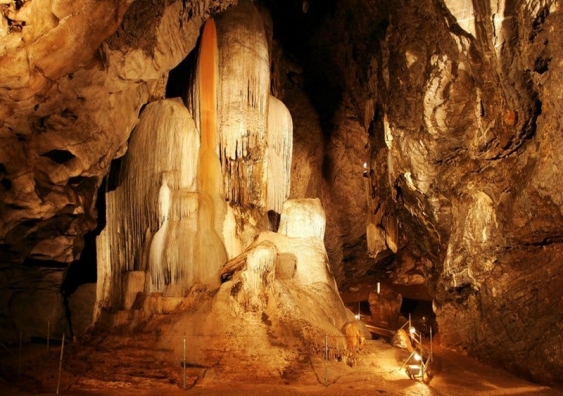 Wellington Caves in mid-west NSW where scientific research is being carried out. Image: wellingtoncaves.com.au

Scientists from UNSW and Germany are conducting research this week at Wellington Caves in NSW as part of an international project to better understand how changes in climate and land use will impact groundwater resources.

About one quarter of the world’s population is completely or partially dependent on drinking water from limestone aquifers.

In Australia, he is working with UNSW Professor Andy Baker, of the School of Biological, Earth and Environmental Sciences, at Wellington in the state’s mid-west.

A new long-term experimental site to measure soil moisture has been established above Wellington Caves. Results from this experiment will be compared to the recharge reaching Cathedral Cave below ground, which is already being recorded using equipment that measures cave drips.

“This is the only cave and karst environment in the world where the rainfall, the soil moisture and the water infiltration to the groundwater are being measured at the same time,” says Professor Baker.

“As well as helping Junior Professor Hartmann’s research project, it will be a wonderful resource for research students, science teachers and cave guides,” he says.

Junior Professor Andreas Hartmann says: “Soil moisture measurements in karst have rarely been done before and we expect exciting results from our global monitoring system.” 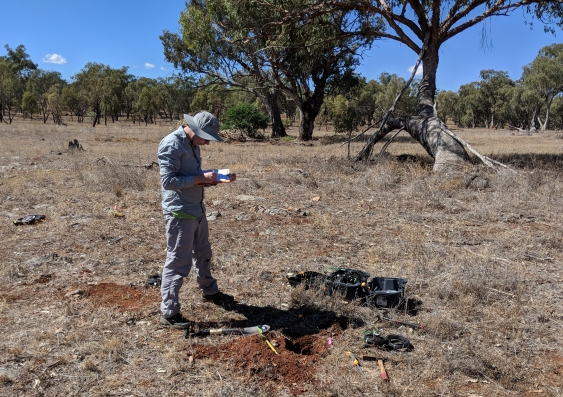 “It’s also great for guests to appreciate the importance of the Caves beyond being a fantastic tourist attraction but as an important place for scientific study,” she says.

The Global Assessment of Water Stress in Karst Regions in a Changing World international project is funded by the German Research Foundation and the research at Wellington is funded by Australia’s National Collaborative Research Infrastructure Strategy.