Associate Professor David Harvey has received a highly prestigious medal at the annual meeting of the Australian Mathematical Society. 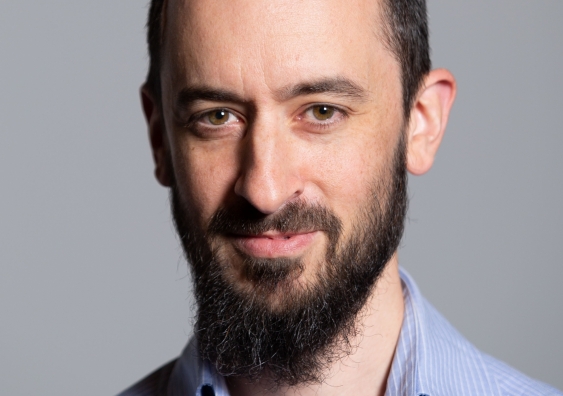 UNSW Associate Professor David Harvey, from the School of Mathematics and Statistics, has received the 2019 Australia Mathematical Society Medal for his outstanding advances in computational number theory, a field lying on the boundary of mathematics and computer science.

“Many of the past recipients of this medal are giants of Australian mathematics who I admire greatly. It is very humbling to be listed with them as a recipient of this award and I thank Australia Mathematical Society for this honour and their commitment to recognising and celebrating Australian mathematics research,” said Associate Professor Harvey, who received the medal at the recent 63rd annual Australian Mathematical Society meeting.

Associate Professor Harvey’s work has been recognised internationally at the highest levels. David Harvey and his colleague Professor Joris van for Hoeven had a major breakthrough, reported this year, on finding the fastest algorithm for multiplying two n-digit numbers in the limit of large n.

“I’ve been interested in mathematics since I was a young boy and it’s an honour to have received this award a day before my 40th birthday. Having a career in maths is a dream come true for me. For those interested in mathematics, I would say it’s imperative to have clear writing and verbal communication skills, as well as programming and digital literacy skills,” Associate Professor Harvey said.

Associate Professor Harvey’s current research covers computational number theory, fast algorithms for arithmetic on very large integers and polynomials. In addition to his breakthrough discovery of the fastest known method for multiplying huge numbers together, his other major achievements to date include the development of highly efficient algorithms for counting the number of solutions to certain polynomial equations that play a central role in number theory and cryptography.

Associate Professor Harvey’s work has been recognised internationally at the highest levels. He has published in the most eminent journals, such as the Annals of Mathematics and the Journal of the ACM and was co-winner of the 2016 Journal of Complexity best paper award for joint work with Joris van der Hoeven and Gregoire Lecerf.