Researchers from UNSW Science receive the James Cook Medal, and awards for research and scholarly excellence. 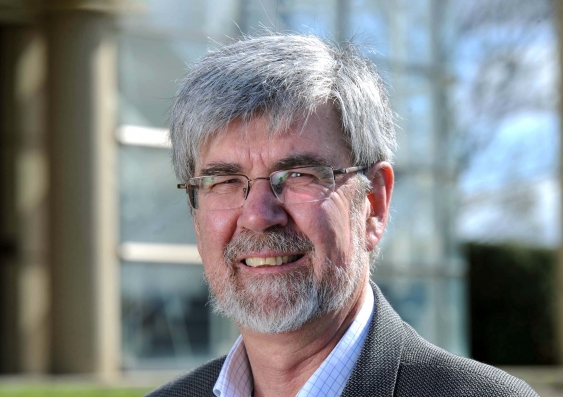 Four UNSW researchers have been recognised at the Royal Society of NSW Awards 2022. Emeritus Professor John Church has been awarded the James Cook Medal, which is the Society’s highest honour. Professor Andy Baker and Professor Timothy Schmidt have received research awards, and Mr Thomas Mesaglio received a scholarship.

Overall, eight awards and medals, and three scholarships for 2022 were announced by the Royal Society of NSW at the 1309th Ordinary General Meeting, held at the State Library in NSW last night.

"I'm so proud of our researchers who have won big at the Royal Society of New South Wales awards. Special congratulations to John Church for receiving the James Cook Medal. John is a truly deserving recipient – he has made significant contributions to understanding the recent sea-level change, both globally and in the Australia–Pacific region,” Prof. Rogge said.

“Andy Baker and Tim Schmidt are also to be commended for their awards. Andy’s research into water underground, from caves to aquifers, is extremely progressive. Tim is an internationally recognised leader in his field with his research having applications including solar energy conversion.

“The annual Royal Society of NSW awards are among the oldest and most prestigious awards in Australia, and it’s an honour for so many of our scientists to be recognised.”

Professor John Church, of the Climate Change Research Centre, has been awarded the James Cook Medal for 2022, the most prestigious award offered by the Royal Society of NSW.

Prof. Church is a pre-eminent authority on the rate of twentieth century sea-level rise. His work on quantifying historical changes, including the first detection of the acceleration in the rate of rise, has been pivotal in our current understanding of sea-level rise.

His research has improved estimates of ocean heat uptake and established that human-caused climate drivers are responsible for the majority of observed sea-level rise since 1970.

“I am deeply honoured to be awarded the 2022 James Cook Medal by the Royal Society of New South Wales and have my name added to the list of prestigious previous recipients,” Prof. Church said.

Established in 1947, the James Cook Medal is awarded periodically for outstanding contributions to science and human welfare in the Southern Hemisphere.

UNSW researchers have received the James Cook Medal eight of the last nine times the medal has been awarded.

Professor Andy Baker, of UNSW School of Biological and Behavioural Sciences, has been awarded the Clarke Medal. 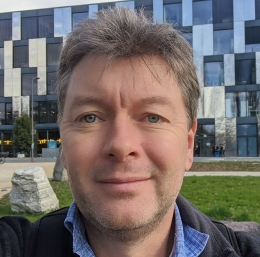 He is an international authority in cave science, hydrology and geochemistry, especially as it pertains to our understanding of karst – complex underground systems formed from dissolution of soluble rocks, characterised by sinkholes, caves and stalagmites.

“I am honoured to receive this award from the Royal Society of NSW and would like to thank all my academic and state and federal government collaborators and UNSW students who have made this possible. I look forward to continuing research into the use of caves as observatories of environment change, the frequency of past fires and of groundwater recharge,” Prof. Baker said.

The Clarke Medal is awarded each year for distinguished research in the natural sciences, conducted in Australia and its territories, in the fields of botany, zoology, and geology. 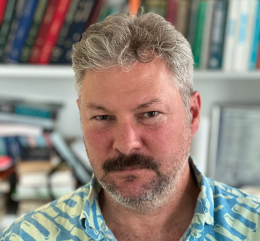 His research concentrates on the way that molecules absorb and emit light, solving problems from astronomy to renewable energy.

“Delivering the Liversidge Lecture is a great honour. The previous awardees read like a who's who of Australian Chemistry,” Prof. Schmidt said.

The Liversidge Lecture is awarded at intervals of two years for the purpose of encouragement of research in Chemistry.

Mr Thomas Mesaglio, a PhD Candidate in the School of Biological, Earth, and Environmental Sciences, has received a scholarship. 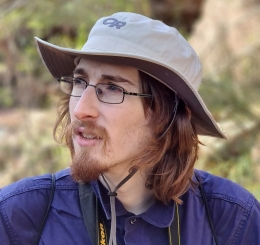 He works on quantifying knowledge of Australian plant biodiversity, and developing identification tools, and survey and species description protocols. Although much of his research focuses on analyses of citizen science data, he has published scientific papers in disciplines including marine forensics, bushfire recovery and invertebrate ecology and taxonomy.

“It’s an honour to receive a Royal Society of NSW Scholarship, especially given the society’s rich history and standing as the oldest of its kind in the southern hemisphere. I look forward to presenting my work to the Society and contributing my small part to that history,” Mr Mesaglio said.

Royal Society Scholarships are awarded annually to acknowledge outstanding achievements by young researchers in any field of science.