Germany may have won the football world cup but Australia has toppled them to win the robotic version, RoboCup 2014, in Brazil overnight. 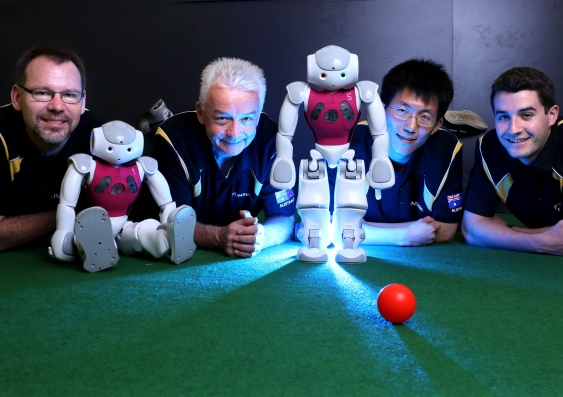 Germany may have won the football world cup but Australia has toppled them to win the robotic version, RoboCup 2014, in Brazil overnight.

The UNSW robot football team, rUNSWift, competed in the standard platform league of RoboCup, the world’s largest robot competition, against 19 other teams from around the world.

In the electrifying final rUNSWift were galvanised into action after Nao – Team HTWK from Leipzig University of Applied Sciences took early possession.

The UNSW team struck back with an early goal and kept up the pressure to defeat their rivals 5-1. Previous winners, German team B-Human, took third place.

“We were ecstatic to beat B-Human in the semi-final yesterday after seven years of trying,” said Brad Hall from the School of Computer Science and Engineering, who is in Brazil with the team.

The UNSW robots were ruthless in their march to the finals, racking up 37 goals against their opponents with no goals conceded.

“Unfortunately, during the final, after our goalie saved an attempt, he fell over and while trying to get back up and in position we conceded the only goal during the entire competition,” said Hall.

“To win the overall tournament, as well as the demo ‘All-Stars vs Champions’, wrapped up a great year,” he said.

“Some of our longer-serving (programming) team members can now retire from the league with big smiles on their faces.  For our new members, I hope they are inspired to help us defend the title next year in China.”

Head of Computer Science and Engineering at UNSW, Maurice Pagnucco, said the win was a great achievement for UNSW and for Australia.

“Congratulations to the team and coach Bernhard Hengst for their long nights in the lab. This result showcases UNSW and Australian research expertise in robotics internationally,” he said.

In the standard platform league all teams compete with identical robots. Only the software is different. The UNSW team wrote 125,000 lines of code to help their robot protégés to victory.

The robots are autonomous however they do need the occasional helping hand to get back on their feet after a tricky tackle.

UNSW’s rUNSWift team last won the competition in 2003, although they were runners up in 2010 and have regularly placed in the top three teams.

And the expertise developed on the playing field will be translated into more serious research including robotic systems for applications in health, transport and industry.

In the meantime UNSW’s athletic androids will soak up the limelight, and a little electricity, before heading home to their fans in Australia. 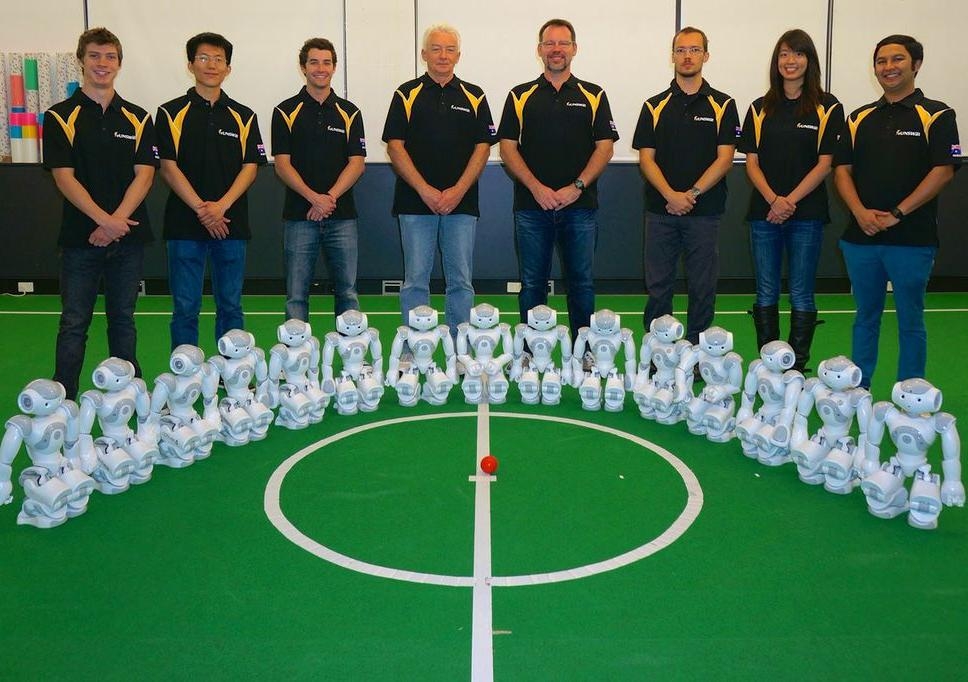