UNSW satellites blast off to explore the thermosphere

Three Australian research satellites – two built at UNSW – blasted off just after 1am to the International Space Station, where they will deploy in orbit to explore the little-understood thermosphere. 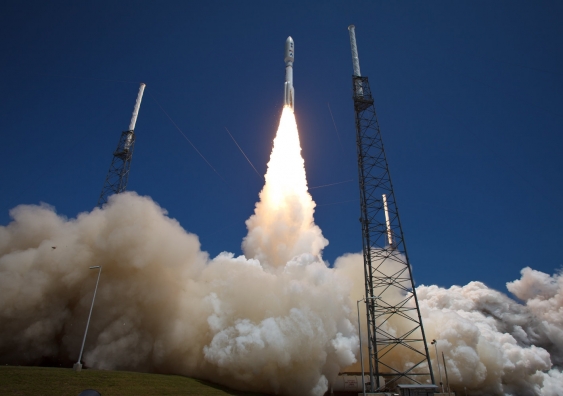 Three Australian research satellites – two built at UNSW – blasted off just after 1am AEST on Wednesday to the International Space Station, where they will deploy in orbit to explore the little-understood region above Earth known as the thermosphere.

The trio is part of an international QB50 mission, a swarm of 36 small satellites – known as ‘cubesats’ and weighing about 1.3 kg each – which will carry out the most extensive measurements ever undertaken of the thermosphere, a region between 200 and 380 km above Earth. This poorly-studied and usually inaccessible zone of the atmosphere helps shield Earth from cosmic rays and solar radiation, and is vital for communications and weather formation.

Twenty-eight of the QB50 satellites, including the three Australian cubesats, were aboard the Atlas 5 rocket when it launched from Cape Canaveral Air Force Station in Florida overnight. 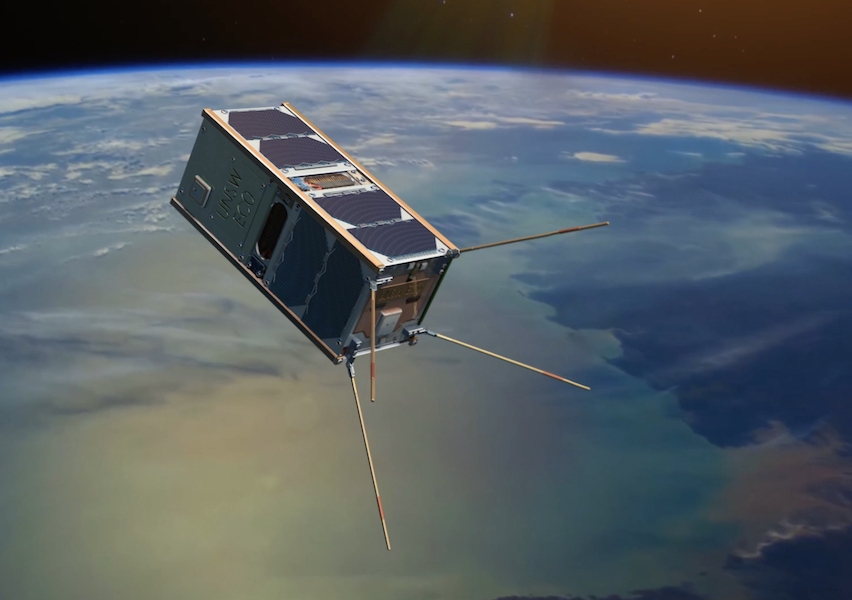 UNSW-EC0, built by UNSW’s Australian Centre for Space Engineering Research and one of the three Australian satellites launched overnight.

“These are the first Australian satellites to go into space in 15 years,” said Andrew Dempster, director of ACSER, and a member of the advisory council of the Space Industry Association of Australia. “There have only been two before: Fedsat in 2002 and WRESAT in 1967. So we’ve got more hardware in space today than Australia’s had in its history.”

Sometime in May, the first 20 cubesats – including Australia's INSPIRE-2 and SUSat – will be deployed from the International Space Station, or ISS, via a Nanoracks launcher, a ‘cannon’ that will eject them at a height of 380 km (the same as the ISS); over time, they will drift to a lower orbit and begin their measurements. UNSW-EC0 will be deployed with the remaining seven other cubesats around June 17.

Also aboard the Atlas 5 rocket is Biarri Point, a cubesat for defence applications tests that carries new GPS technology developed by UNSW’s ACSER and Australia’s Defence Science and Technology Group. It is part of a four-nation defence project between Australia, the US, the UK and Canada that will see the launch of another two cubesats over the next year. The remaining eight QB50 cubesats will be launched separately into orbit by an Indian rocket later in May.

“This zone of the atmosphere is poorly understood and really hard to measure,” said Elias Aboutanios, project leader of the UNSW-EC0 cubesat and deputy director of ACSER. “It’s where much of the ultraviolet and X-ray radiation from the Sun collides with Earth, influencing our weather, generating auroras and creating hazards that can affect power grids and communications.

“So it’s really important we learn a lot more about it. The QB50 cubesats will probably tell us more than we’ve ever known about the thermosphere,” he added. QB50 is a collaboration of more than 50 universities and research institutes in 23 countries, led by the von Karman Institute for Fluid Dynamics (VKI) in Belgium and funded by the European Commission. “This is the very first international real-time coordinated study of the thermosphere phenomena,” said VKI’s Davide Masutti. “The data generated by the constellation will be unique in many ways and they will be used for many years by scientists around the world.”

Both the QB50 and Biarri projects show what Australia can do in the new age of cubesats, dubbed ‘Space 2.0’, that allows companies and researchers to develop new space applications and devices and launch them at much lower cost.

“It proves that, even with modest resources, Australians can be players in space industry and research,” said Joon Wayn Cheong, a research associate at UNSW’s School of Electrical Engineering and Telecommunications and technical lead of UNSW-EC0. “UNSW-EC0 and INSPIRE-2 prove we can devise and build space-ready hardware which can tolerate the punishing strain of blast-off and the harsh conditions of space.”

Mark Hoffman, UNSW’s Dean of Engineering, agreed. “We used to think of space as a place only big-budget space agencies could play in. The advent of cheap and powerful cubesats has made space accessible as never before, and that’s going to be great for industry and research applications. I’m delighted to see UNSW playing a leading role in this emerging sector in Australia."

Each QB50 cubesat carries instruments with its own engineering and scientific goals. UNSW-EC0, for example, has three other experiments: a robust computer chip designed to avoid crashing in the harsh radiation of space, as some satellites and space probes are forced to do when hit by cosmic rays; a space-borne GPS to enable satellites to cluster together in swarms; and test a super-reliable computer microkernel in the harsh radiation of space.

In addition, UNSW-EC0’s chassis is made entirely from 3D-printed thermoplastic, itself an experiment to test the reliability of using  3D-printing to manufacture satellites, making them cheaper and much more customisable.