The weird quantum world, Sydney's future power needs, and the latest discoveries about the universe are among topics to be discussed next week at public events during the inaugural Sydney Science Festival. 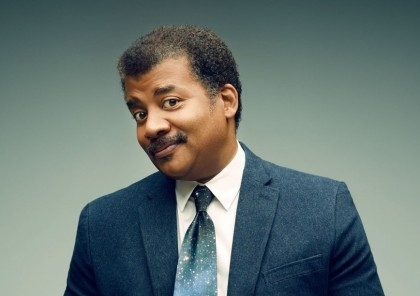 The weird world of quantum computing and teleportation, how Sydney will meet its power needs in the future, and the latest discoveries about the universe are among the topics UNSW staff will discuss next week at public events during the Sydney Science Festival and National Science Week.

The annual National Science Week occurs between 15 and 23 August, and this year incorporates the inaugural Sydney Science Festival, which will see 80 events held across 35 citywide venues.

UNSW Science is a supporter of An Evening with Dr Neil DeGrasse Tyson – a Think Inc event in which the American astrophysicist and renowned science communicator will speak at Sydney’s Hordern Pavilion on Saturday 22 August.

Science demonstrations organised by UNSW Science for young people attending the two-week long Australian Museum Science Festival and at the Science in The Swamp event at Centennial Park on Saturday 15 August will help encourage students to become the next generation of scientists.

The Geological Society of Australia has organised a public forum called Powering Sydney into the Future on Monday 17 August, which will be hosted by ABC science journalist and broadcaster Robyn Williams.

UNSW’s Professor Martin van Kranendonk, a member of the forum's organising committee, says that if Sydney is to reach its ambitious targets for reducing greenhouse gas emissions, then the city must take dramatic steps and manage its water, energy and waste better within the next decade.

“It is the right time to present the latest science in alternative energy possibilities, including ‘clean’ coal, small thorium reactors, and algal farms for biofuels,” he says.

Speakers will include the NSW Chief Scientist and Engineer Professor Mary O’Kane, and Director of the UNSW Centre for Sustainable Built Environment Professor Deo Prasad.

A New Scientist event on Thursday 20 August called Quantum Computing and Teleportation will feature talks by Dr Stephanie Simmons of the UNSW Faculty of Engineering and Professor Ping Koy Lam of the Australian National University. Discounts are available for UNSW students.

UNSW astrophysicist Dr Lucyna Kedziora-Chudczer will be one of the speakers talking about stars, galaxies and black holes at a Space Jam event on Sunday 23 August.