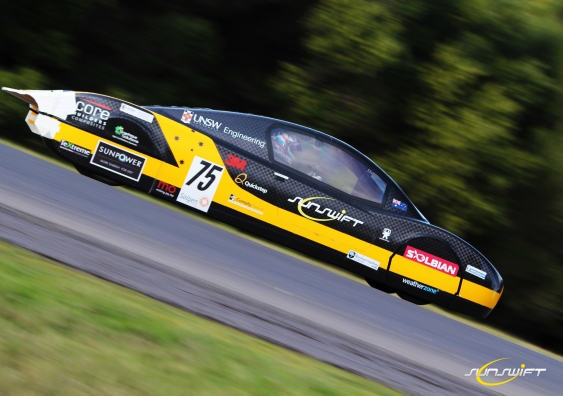 In 2014 the team's latest prototype, eVe, broke the world record for the fastest electric vehicle over a distance of 500 kilometres on a single battery charge.

Sunswift is an entirely student-led, not-for-profit organisation that rely on donations and sponsorships to continue operating.

The team is now redesigning and rebuilding almost every aspect of eVe to make it street legal.

They spoke to www.news.com.au about their journey to bring solar-electric cars within reach of the average driver.