Australia's reigning robot soccer world champions are on their way to Germany to face their arch-nemeses in what is expected to be a tough battle to retain the coveted crown in robotics and artificial intelligence. 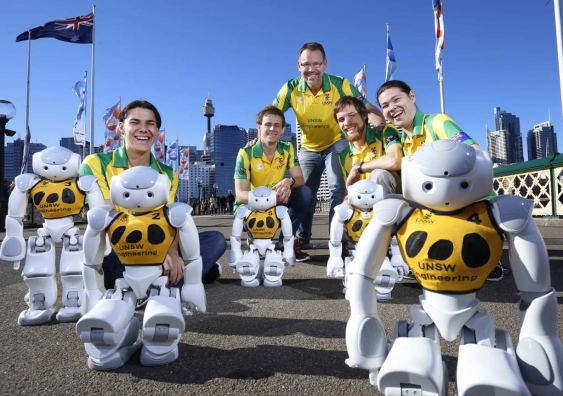 Australia’s reigning world champions of RoboCup robot soccer left on Sunday to face their arch-nemeses on home turf in Germany in what is expected to be a tough battle to retain their coveted crown in robotics and artificial intelligence.

The team of six autonomous robots and their five engineers from the University of New South Wales (UNSW) – whose teams have taken a record five trophies in the premier category, the Standard Platform League – are off to Leipzig where the annual championship is being held this week.

The team from the UNSW School of Computer Science and Engineering are the only Australians battling the 29 robot squads from 18 nations, including six elite teams from Germany. Last year, UNSW defeated Germany’s B-Human robot squad by 3-1 in a tense grand final at the RoboCup World Championship in Hefei, west of Shanghai in China.

It was their second year in a row vanquishing a German team, and now they are heading deep into enemy territory. UNSW’s five trophies place them one ahead of their arch rivals, Germany’s B-Human, which has won four RoboCup titles.

The robot players are not externally controlled and act autonomously – relying entirely on the programming and self-governing algorithms developed over the past year by their human engineers. While the competing teams of humanoid robots battle it out, engineers watch the event live, constantly referring to their laptops.

“We can listen to what they’re saying to each other, and we can see what they think is going on,” said David McKinnon, 22, a computer engineering student. “Once the game starts, we're cannot modify their behaviours in any way. But after each game we can see their mistakes, learn from them, and try to improve our play."

Hayden Smith, 23, a computer science honours student, agreed. “Our success is tied to the engineering work we've completed over the past year. There are no pep talks, we just have to make sure we’re prepared – and hold our breath.” 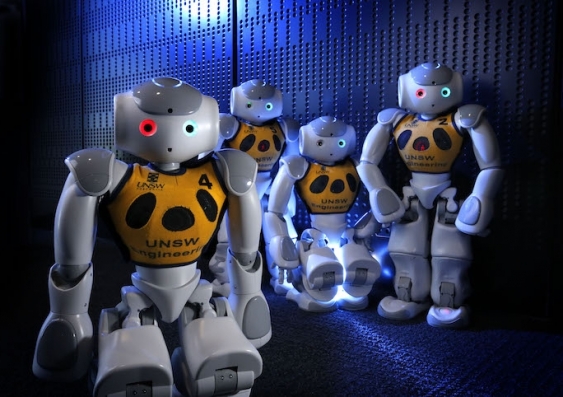 Again this year, Germany’s B-Human – a six-robot team run by a collaboration between the University of Bremen and DFKI (German Research Centre for Artificial Intelligence) – will be the ones to beat. They’ve won RoboCup German Open seven times, and the European Open once.

“They’ve always been in the top three and always have a very strong team,” said Brad Hall, Assistant Director of International Projects at UNSW Engineering and a staff member of the team. “We beat then last year 3-1 in the final, and the year before that 5-0 in the semi-finals. By all accounts, they are a lot stronger this year.”

The Australians can only hope their new software developed over the past year will stand them in good stead – but there’s no way to know until play begins. What makes it even harder is each winning team must share its computer code with other competitors, meaning that the champion UNSW team has had to make dramatic improvements after each world championship win.

In RoboCup’s Standard Platform League, all teams use identical robots (this year, NAO V5 humanoids made by France’s Aldebaran Robotics), forcing teams to concentrate on software development. The soccer 'pitch' itself is 10.4 metres long and 7.4 metres wide, and teams play for about 20 minutes in total, broken up into two 10 minute halves and a 10-minute half-time break.

Each year, the rules change to make the competition more challenging. This year, for example, the Mylec orange street hockey ball has been replaced by black and white foam ball, to better resemble a real soccer ball. This makes it more difficult for the robots to see and recognise the ball.

The objective of RoboCup is to have fully autonomous robot football players play against the winners of the FIFA World Cup by 2050, complying with official FIFA rules, and win a game.

The UNSW team of engineers:

The UNSW robot players are R2D2, Rey, Han, Chewie, Yoda and BB8. They are NAO V5 bipedal robots, 58 cm tall and with 21 degrees of freedom, and controlled by NaoQi middleware that interfaces with the Linux-Geode operating system.

Girls and their robots bend it like Beckham at UNSW