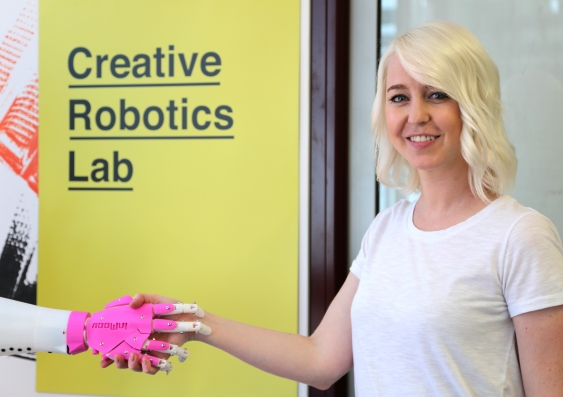 Offered through the Faculty of Art & Design, the course introduces students to the field through the use of animation, movement experiments and the exploration of affective processes in human–robot interaction.

“Robots will work with humans, they won’t replace them,” Dunstan says. “People tend to see human–robot relationships in a binary way – as ‘us and them’– or they fear that robots will take over the world but what we’re seeing in our research is that the role of robots in everyday life can be both integrated and collaborative.”

She says the course, which will be offered to all UNSW undergraduate students, aims to challenge students’ preconceived notions of what robots should look like, and their potential applications.

Steve Weymouth, Media Arts lecturer and course co-convenor, will teach the animation stream of the course, which will help students build human characteristics into their robots.

“Eliciting an emotional response has more to do with how an object moves than how it looks,” he says, referring to characters like Pixar’s Wall-E, an animated robot that engages with viewers emotionally through using human-like gestures and movement. 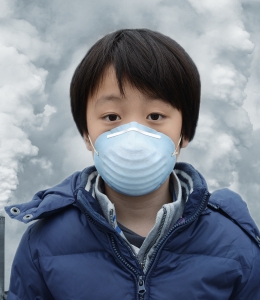 UNSW has received a grant to establish a research centre to examine the health consequences of burning fossil fuels in the latest round of funding from the National Health and Medical Research Council (NHMRC).

The $2.5 million Centre for Research Excellence in Population Health will be led by Professor Guy Marks, whose team will examine the health consequences of fossil fuel combustion, landscape fires and alternatives to fossil fuels.

UNSW received a total of $16.6 million in NHMRC funding for projects starting in 2017, ranking it fourth in the country.

• The UN Special Rapporteur on the Human Rights of Migrants, François Crépeau, delivered the keynote address at the Andrew & Renata Kaldor Centre for International Refugee Law Annual Conference in November. His speech examined the global trend towards refugee policies of deterrence. Kaldor Centre Director and Scientia Professor of Law, Jane McAdam, presented a Year in Review, in which she considered the ongoing relevance of the 1951 Refugee Convention.

Why does Singapore produce engineers but few poets? Why is Japan running out of husband  questions about our key trading partners and others are currently on air in ‘The Airport Economist’ on Sky News Business and inflight on Qantas. Hosted by Tim Harcourt, UNSW’s JW Nevile Fellow in Economics, the series is based on Harcourt’s book of the same name.

• Social policy researcher Kristy Muir has been appointed CEO of the Centre for Social Impact, which is based at the Business School. Professor Muir, who has more than a decade’s experience as a social researcher in disability services, has spent her career working closely with government, not-for-profits, corporates and philanthropic organisations to find innovative solutions to some of society’s most intractable social problems.

UNSW expertise in marine ecology, materials science and mental health has been showcased in the inaugural BBC Future’s World-Changing Ideas Summit in Sydney.

Billed as a “thought-provoking exploration of how technology, science and health will transform the human experience”, the Australia-first summit brought together “some of the smartest minds working in science, health and technology,”,  including BBC TV presenter Michael Mosley and NASA astronaut Andy Thomas. 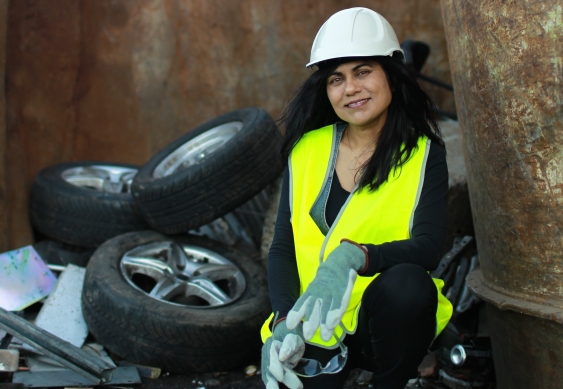 Scientia Professor Sahajwalla, director of the Centre for Sustainable Materials Research and Technology (SMaRT) at UNSW, is best known for her work in waste plastics, where she has invented an environmentally friendly technology to recycle rubber tyres in steel-making.

Sahajwalla spoke about the next stage of her research: the rise of local ‘microfactories’ that could transform how we recycle, by helping to extract valuable metals from discarded electronics like smartphones and at the same time reduce our exposure to the harmful toxins they contain.

Professor Johnston, UNSW’s incoming Dean of Science (see page 9), and inaugural director of the Sydney Harbour Research Program at the Sydney Institute of Marine Science, spoke about how human activities were increasingly impacting on our coastal ecosystems.

Australian researchers have shed new light on the nerve cell processes that lead to Alzheimer’s disease (AD), opening the door to new treatment options. In their study, published in Science, a research team from UNSW and NeuRA identified a protein in human brain tissue that is lost as AD progresses. When reintroduced into mice, the protein demonstrated a protective effect against memory loss.

New HIV notifications in Australia have remained stable over the past four years, according to the 2016 Australian Annual Surveillance Report into sexually transmissible infections and blood-borne viruses, released by UNSW’s Kirby Institute. An expansion of key HIV services has seen a 27% increase in the frequency of HIV testing over the last five years, and a 45% increase in coverage for those diagnosed with HIV in the past decade. 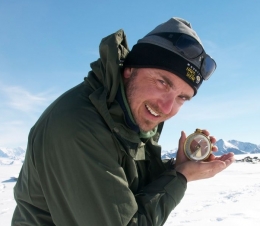 Research across climate change, alien virus invasions, the incorrect use of child restraints and improved services for at-risk rural youth were among 109 UNSW projects awarded more than $47.8 million in the latest round of Australian Research Council funding. UNSW received more Discovery Project grants than any other institution in the country – 88 worth $32 million. Among the largest was $980,500 to Professor Chris Turney (pictured left), from UNSW’s Climate Change Research Centre.

Another major grant ($892,000) went to Professor Ricardo Cavicchioli, from the School of Biotechnology and Biomolecular Sciences, to determine how hosts and viruses interact in Antarctica’s natural environment and during alien invasions. This knowledge is expected to reveal how life in Antarctica evolved, and provide information that will be useful for developing policy to manage the Antarctic environment.