Using Google Maps API for the body: a biomedical revolution

UNSW biomedical engineer Melissa Knothe Tate is using previously top-secret semiconductor technology to zoom through organs of the human body, down to the level of a single cell. 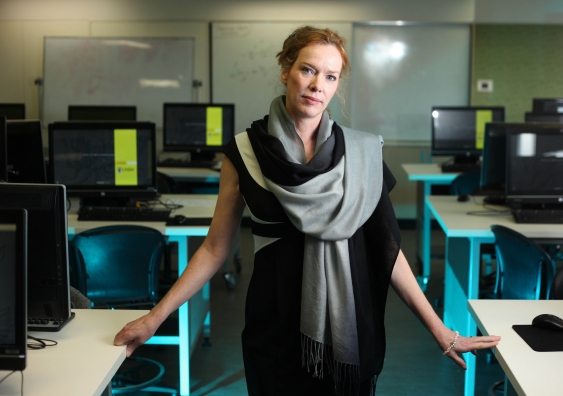 A world-first UNSW collaboration that uses previously top-secret technology to zoom through the human body down to the level of a single cell could be a game-changer for medicine, an international research conference in the United States has been told.

UNSW Professor Melissa Knothe Tate, the Paul Trainor Chair of Biomedical Engineering, is leading the project, which is using semiconductor technology to explore osteoporosis and osteoarthritis.

Using Google algorithms, Professor Knothe Tate – an engineer and expert in cell biology and regenerative medicine – is able to zoom in and out from the scale of the whole joint down to the cellular level “just as you would with Google Maps”, reducing to “a matter of weeks analyses that once took 25 years to complete”.

Her team is also using cutting-edge microtome and MRI technology to examine how movement and weight bearing affects the movement of molecules within joints, exploring the relationship between blood, bone, lymphatics and muscle.

“For the first time we have the ability to go from the whole body down to how the cells are getting their nutrition and how this is all connected,” said Professor Knothe Tate. “This could open the door to as yet unknown new therapies and preventions.”

Professor Knothe Tate is the first to use the system in humans. She has forged a pioneering partnership with the US-based Cleveland Clinic, Brown and Stanford Universities, as well as Zeiss and Google to help crunch terabytes of data gathered from human hip studies.

Similar research is underway at Harvard University and Heidelberg in Germany to map neural pathways and connections in the brains of mice.

Professor Knothe Tate presented several papers on her research into the human hip and osteoarthritis at the peer-reviewed Orthopedic Research Society meeting in Las Vegas.

Numerous studies have explored molecular transport within specific tissues but there has been little research on exchange between different kinds of tissue such as cartilage and bone.

Professor Knothe Tate has already demonstrated a link between molecular transport through blood, muscle and bone, and disease status in osteoarthritic guinea pigs. 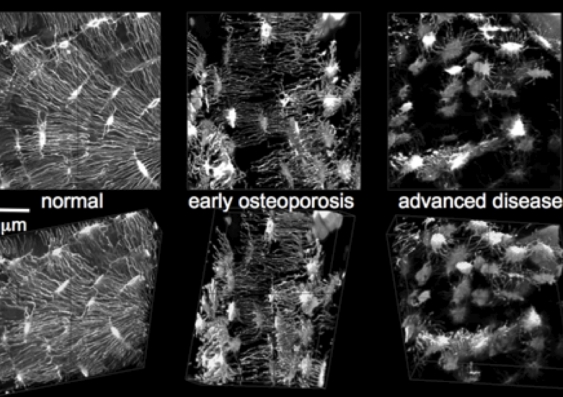 Like humans, guinea pigs develop osteoarthritis as they age. The condition is increasingly believed to be the result of a breakdown in cellular communication.

Understanding the molecular signaling and traffic between tissues could unlock a range of treatments, including physical therapies and preventative exercise routines, Professor Knothe Tate said.

Critical to this work has been the development of microscopy that allows seamless imaging of organs and tissues across length scales – centimetres at the whole-joint level down to nanometer-sized molecules – as well as the capacity to sift and analyse huge sets of data. 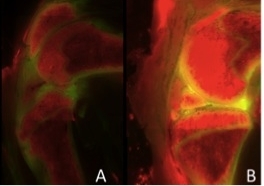 Professor Knothe Tate likened using the Zeiss technology in the hipbone to Google Maps’ ability to zoom down from an Earth View to Street View.

“These are terabyte-sized data sets so the Google maps algorithms are helping us take this tremendous amount of information and use it effectively. They’re the traffic controllers, if you like.”

“Advanced research instrumentation provides a technological platform to answer the hardest, unanswered questions in science, opening up avenues for fundamental discoveries, the implications of which may be currently unfathomable yet which will ultimately pave the way to engineer better human health and quality of life as we age.”

Biomedical engineer Professor Melissa Knothe Tate and her team are zooming in and out of the human body right down to single cells. Starting with the knee joint, the researchers can figure out how cells interact and impact on conditions like osteoarthritis.