Critics of a popular Instagram contributor should read up on nutrition science before attacking her vegan diet, argues Rebecca LeBard. 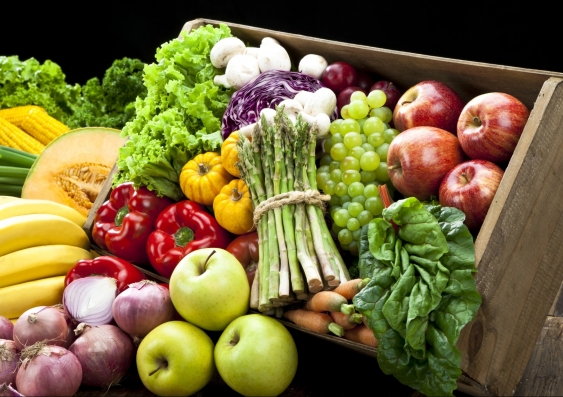 A popular Instagram contributor has gained particular attention recently because she is vegan, eats predominantly raw food, and is pregnant. Most of her critics focus on the effect of her diet on her unborn child, and most have no scientific basis for their attacks.

Loni Jane Anthony, a designer and photographer based in the Gold Coast, is 27 weeks pregnant. Being slim and pregnant while consuming a diet of vegetables, fruits, nuts, seeds and berries, it seems, is not considered normal, at least by manner of the people commenting on her Instagram photos.

Pregnancy tends to invoke unwarranted “constructive” criticism from all spectators and skinny bashing is a sport still untouched by political correctness; Loni Jane’s Instagram icon (now at 127,000 followers) is getting a lot of judgement, including from nutritionists, but with little scientific validity.

Sounds delicious, right? But this recent meal has been the focus in a frenzy of popular news items, complete with callous comments, this week.

While the composition of her meals can sometimes be a little unusual (ten bananas for breakfast), Loni Jane isn’t she doing anything “wrong”.

Sufficient energy can easily be obtained solely from plant-based foods. The main concerns cited online about her vegan diet appear to be the lack of protein, insufficient iron, and the absence of sources of vitamin B12.

Loni Jane’s food intake typically comprises 80% carbohydrate, 10% fat and 10% protein, in terms of energy. The recommended dietary intake of these macronutrients is 45% to 65% carbohydrates, 10% to 25% proteins and less than 30% fats.

Her proportion of protein rests at the lower limit, but it’s still deemed sufficient for normal body function. The protein from the cashew, nutritional yeast, and hummus topping on her vegan pizza, for instance, amounts to 40% of the daily protein requirement for a 60-kilogram woman, and contains all essential amino acids.

While the fat content of the meals Loni Jane posts online may sometimes appear non-existent, she’s clearly consuming both saturated and unsaturated fats. A serving of crushed peanuts on a salad, for instance, equals 22% of total recommended daily intake of fat, while an avocado constitutes 44% and a coconut meets it entirely.

Vegan diets usually don’t include a source of vitamin B12 because it’s not synthesised by plants. But some flours, yeasts, and cereal products are fortified with the vitamin and it has been detected in some types of seaweed used in Japanese food.

The slogan “meat for vegetarians” has been trademarked by the Mushroom Growers Association to advertise the fungi as a source of B12, but analysis has revealed this is likely due to bacteria present on the outer peel of mushrooms.

So, while you could get your vitamin B12 by eating food with dirt still on it, a supplement is recommended for vegans. Loni Jane has said her doctor is satisfied with her iron and vitamin B12 levels, but she has received a precautionary shot of the latter.

Compared to many people, Loni Jane is already ahead in the healthy pregnancy game (she has been vegan for three years). Eating a broad range of fruits and vegetables provides a variety of nutrients and sufficient iron can be obtained from a plant-based diet.

Being pregnant no longer comes with the advice to eat for two. Energy intake is recommended to increase by between 1.4 and 1.9 megajoules for the second and third trimesters. To put this in the context of Loni’s overall diet, this equates to a couple of bananas.

It’s also recommended that women increase their protein intake by 0.25 grams by kilogram of weight per day when pregnant.

The main supplement recommended to pregnant women is folic acid, which is also known as vitamin B9. This has been demonstrated to reduce the incidence of neural tube defects, such as spina bifida and anencephaly.

Unfortunately, the critical period is in the first weeks when most women are unaware they are pregnant. But fortunately for Loni, many of the fruit and vegetables she eats are listed in the top fifty sources of folate.

While there’s no denying that there’s a lot of pseudo science being dished out on Loni Jane’s blog about her vegan lifestyle, she is ultimately is eating good, nutritious food in a climate where obesity and related conditions such as heart disease and type II diabetes are our biggest health concerns.

Her critics should read up on nutrition science before attacking her.

Rebecca LeBard is an Associate Lecturer in the School of Biotechnology and Biomolecular Sciences at UNSW.