Disturbing imagery disrupts perception, but not as much among violent video game players, UNSW Sydney psychologists have shown. 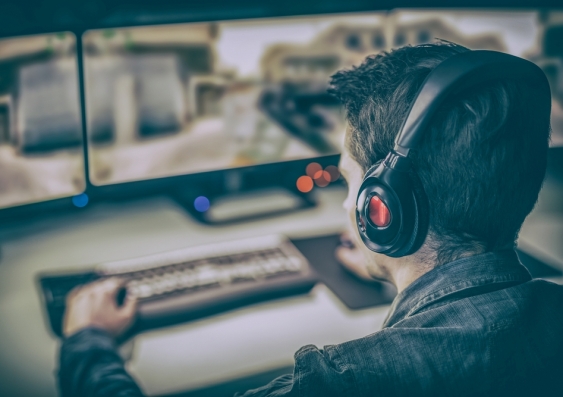 People who frequently play violent video games are more immune to disturbing images than non-players, a UNSW-led study into the phenomenon of emotion-induced blindness has shown.

The scientists showed that players were better at disregarding graphic content while viewing a rapid series of images, leaving them better able to see what they had been asked to look for than non-players. While the study does not prove that this happened because of their gaming history, it is an important piece of research into how differences in exposure to violent imagery may be associated with differences in perception.

Emotion-induced blindness occurs when a person’s emotions affect their perception of the world, says study author and cognitive psychologist Dr Steve Most from UNSW Psychology.

“For example, when people rapidly sift through images in search of a target image, a split-second emotional reaction can cause some of them to be unable to see the target,” Dr Most explains.

“This occurs even if you’re looking right at the target. It’s as if the visual system stops processing the target in order to deal with the emotional imagery it’s just been confronted with.”

In their study, the team classified participants as frequent violent video game players if they played more than five hours of video games each week that ‘often’ or ‘almost always’ involved violence. A control group of people who played no video games at all was compared to the violent players. Importantly, participants were not aware of the links between the experiment and their video game playing history.

During the experiment, the participants were shown a flashing sequence of 17 images at 100 milliseconds per image.

The image stream consisted of a combination of upright landscape photos. Amongst the images was a ‘target image’, a landscape target rotated at 90 degrees to the left or right.

When viewing the image stream, participants were asked to indicate which direction it was rotated to. 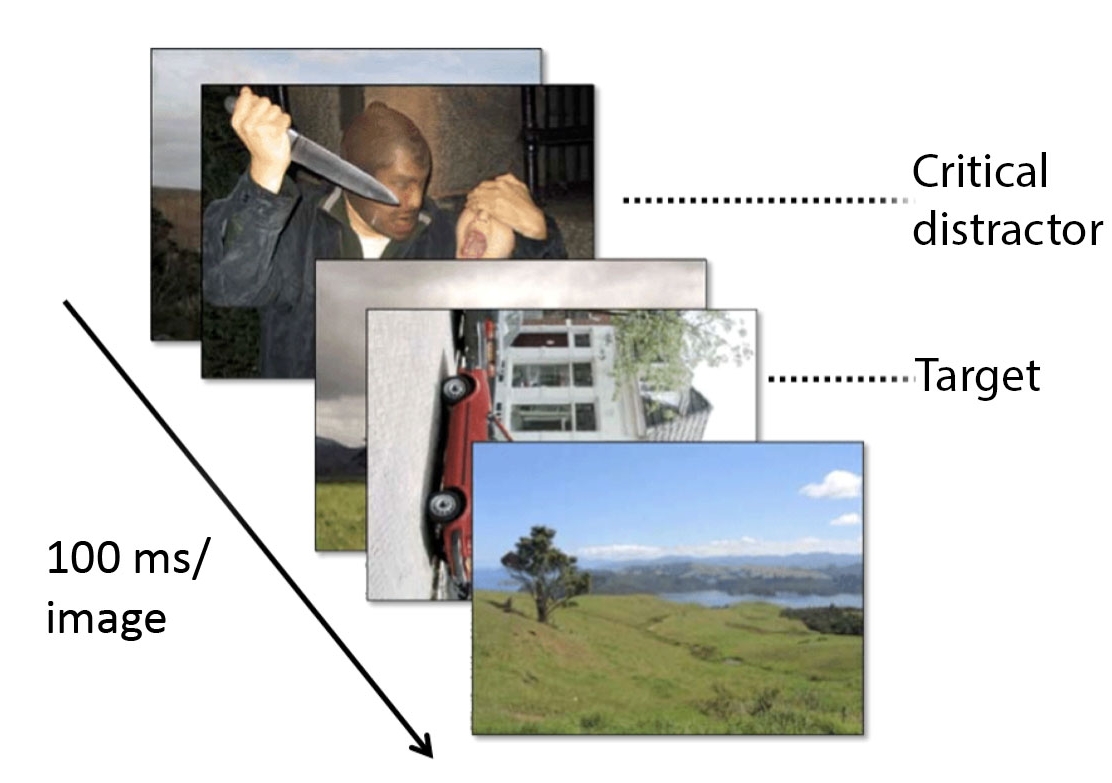 The participants were shown a flashing sequence of images and asked to identify when a ‘target’ rotated image was displayed. In some sequences, a distractor’ image was included. Credit: Steven Most

Frequent violent video game players seemed to be less impacted by the emotional disruptors: in image streams containing violent or disgusting distractors, they were able to correctly identify the rotated target image despite the graphic content – with greater accuracy.

In image streams with only neutral images, there was no significant difference in accuracy between the study groups. This is important because it helps rule out the possibility that violent video game players just paid better attention overall.

“This study suggests that, depending on the situation, people with different levels of violent media and game consumption can also have different perceptions of the environment,” says Dr Most.

“We found that a high degree of violent video game playing was accompanied by less sensitivity to these emotional images, so players were able to preserve their perception of other things around them.

“This suggests a link between violent video game exposure and a person’s perception, that is, how they process information.”

Importantly, the results do not prove a cause and effect relationship between violent video games and emotion-induced blindness, or even less, a link to moral desensitisation, says Dr Most.

“Our study focused on perception and how it may be disrupted by negative stimuli. This is very different from other research on the link between violent video games and social behaviour, such as aggression.

“There is conflicting literature about the degree to which playing violent video games affects real-world behaviour. This study only investigated a low-level effect on an individual’s perception, and we definitely need further research into the mechanisms that underlie this impact of emotion on perception.”

The team now wants to investigate the prevalence of emotion-induced blindness in emergency first-responders, to see if other groups of people frequently exposed to graphic imagery might react similarly.