Opinion Video gamers are sexy, or at least they think they are 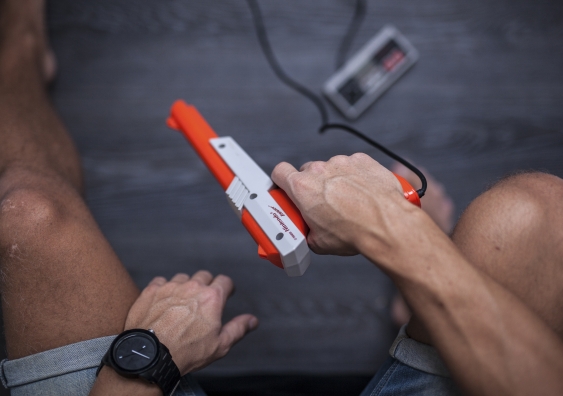 OPINION: There’s abundant research – and controversy – on the effects of playing violent video games. But, strangely, there’s precious little looking at why people choose to play violent games at all.

So we, along with our colleagues, decided to investigate this question. What we found not only challenged the stereotype that only men enjoy violent games, it also revealed something else that was rather unexpected: the motivation to play violent video games is closely connected to people’s desire for sex.

Picture someone playing a violent video game. Chances are, you’ve just imagined a young male shooting or stabbing something. That’s the prevailing stereotype that informs our perception of gamers and violent video games.

This stereotype has been particularly damaging in the technology industry because it has made it difficult for women to be taken seriously in the game development community, and made many of them feel unwelcome online.

Even though the Entertainment Software Association (ESA) has shown that men and women now make up an equal proportion of gamers, many articles and discussions revolve around separating the sexes in what they play.

But this simplistic view of gamers is a perfect example of how stereotypes cloud our perception of psychological differences between the sexes. To explore whether gender really is the best determinant of what we play, we decided to move past standard gender-violence stereotypes.

We surveyed 500 American adult male and female video game players to try to better understand what people were playing, and why. So we asked them to tell us which five games they were currently playing and how violent they felt the games were.

We did indeed find that men preferred to play violent games more than women. But the difference between the sexes was not nearly as large as you might expect. So it turns out that both women and men both enjoy violent games, at least among self-declared gamers.

Next we asked them to tell us their views about sex and their interest in having sex using theSexual Openness Inventory. This asks how important sex is to people, how likely they are to engage in it and preferences for casual sex.

Not all stereotypes about gamers are true. Luke Hayfield/Flickr, CC BY

Don’t shoot me, love me

But the most interesting results were found when we looked at mate value. There was no correlation between the amount of violent video games that men played and what they thought of themselves as a partner.

However, there was a strong correlation in women. So the women who played violent video games more thought of themselves as a better catch than those who played them less.

To make sure we were on the right track, we replicated our findings with a second study with another 500 individuals. We found the same results.

So it seems that women were driven to play games because it improved their self-perception as a high quality romantic partner.

It’s all about sex

These findings are a perfect example of where stereotypes don’t describe the beautiful variation we see in our society.

Our results also break another stereotype about gamers: that they are nerdy, basement-dwelling individuals who are interested in technology more than finding a romantic partner. Rather, gamers are often interested in sex. And the gamers who are most interested in sex tend to play the most violent games.

From an evolutionary perspective, this makes some sense. Like other animals, in our ancestral past, those who successfully competed and secured resources and mates had the most offspring.

People who want more access to a greater variety of partners thus need to be competitive enough to gain access to them. So violent video games might be tapping into some ancient penchant for competitive behaviour for the sake of proving one’s worth as a mate.

We have dubbed our idea the “dominance-practice hypothesis”, as violent video games provide men and women a virtual arena to compete on equal footing. And when women compete, that seems to make them feel pretty good about their ability to be a “good catch”.

So it seems that even in video games, it’s all about sex.

Tom Denson is an Associate Professor of Psychology and ARC Future Fellow at UNSW.

Friend or foe: what the shape of your face says about you