UNSW researchers are revolutionising medical research by creating virtual reality technology that allows scientists to walk around the landscape of human cells. 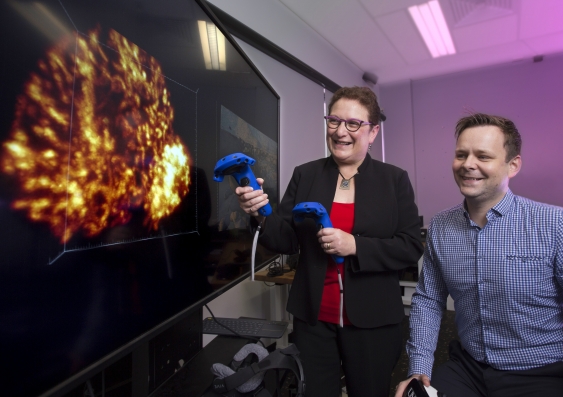 UNSW Art & Design’s Associate Professor John McGhee is working with Professor Maria Kavallaris, from UNSW Medicine and Children’s Cancer Institute, in the second phase of the Journey to the Centre of the Cell project, a major initiative that combines scientific data, microscopy images and animation to create a virtual reality (VR) world of cells and blood vessels that can be seen through headsets.

“I saw we could do so much more with VR than selling products and superheroes,” says McGhee. “We have amazing gaming technology and we can use it to benefit patients and specialists. The inner workings of the body can often get lost in specialist data and this makes the process democratic.” 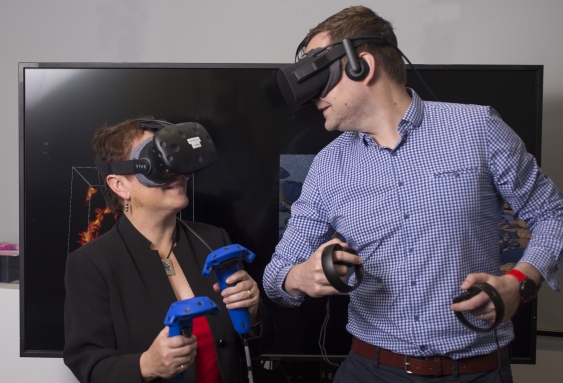 McGhee and Kavallaris are investigators in the ARC Centre of Excellence in Convergent Bio-Nano Science & Technology (CBNS) and are collaborating on this project.

Until now, McGhee’s work involved single VR headsets, with one person moving around in the data. But new technology means multiple users from different parts of the world can walk inside the “landscape” of the cell at the same time.

“We can have multiple scientists logging in at once with users able to view the same data,” he says. “This could help researchers ask questions they’ve never thought of.”

He and CBNS Co-Chief Investigator Professor Kavallaris are focussing on educating researchers on how cells function and at the way drugs are internalised by cancer cells.

“Our goal is to be able to see a drug enter into the tumour, so we can highlight the target for chemotherapy or radiotherapy and deploy a drug more accurately,” says McGhee. 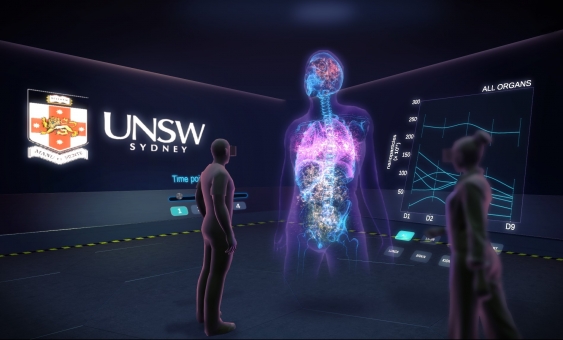 Kavallaris, a leading cancer biology researcher and nanomedicine expert, says tracking 3D cells in tumours can show scientists what happens when cells move in real time – information that can be used when looking at the spread of cancer.

“We have never had access to something like this before. We hope it will help scientists better understand how and what happens if you interfere with a genetic process and add certain drugs.

“Eventually it could be a tool to explain to patients and their parents about types of cancer and strategies for treatment,” said Kavallaris.

The technology is already being trialled on Monash University pharmaceutical science students learning about cancer drug delivery to see if it improves their understanding.

"We've now got data that shows by putting a headset on and walking in virtual reality, we have seen a significant improvement in their exam results, compared to others who were using traditional media," McGhee said.