Long term warming of the Indian and Pacific oceans played an important role in making the Queensland floods far worse than they should have been, new research shows. 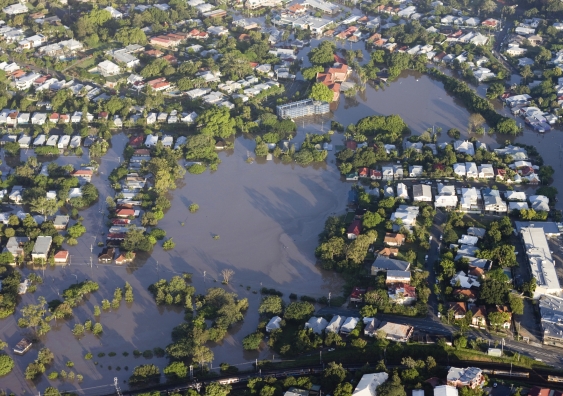 Long term warming of the Indian and Pacific oceans played an important role in making the Queensland floods of 2010/2011 far worse than they should have been, according to new international research.

The Queensland floods claimed 35 lives, caused $2.38 billion damage, flooded 28,000 homes and left 100,000 people without power. So much rain fell on Australia that summer that it played a major role in average global sea levels dropping 7mm.

“The sea surface temperatures around Australia during 2010/2011 were on average 0.5°C warmer than they were 60 years ago,” said co-author UNSW Professor Matthew England from the ARC Centre of Excellence for Climate System Science.

“This warming of the ocean added considerably more moisture to the atmosphere and changed the circulation. With ongoing ocean warming we are likely to see more extreme rainfall events in Australia during future La Niñas,” Professor England said.

In the La Niña summer of 2010/2011, Australia was surrounded by extremely warm sea surface temperatures, particularly in the eastern Indian Ocean, western Pacific warm pool region – to the north and east of Papua New Guinea – and the Coral Sea.

It led to a summer where rainfall in Australia’s northeast was 84% above average and soil moisture measurements were the highest recorded since 1950. This was in spite of it being an average cyclone season. 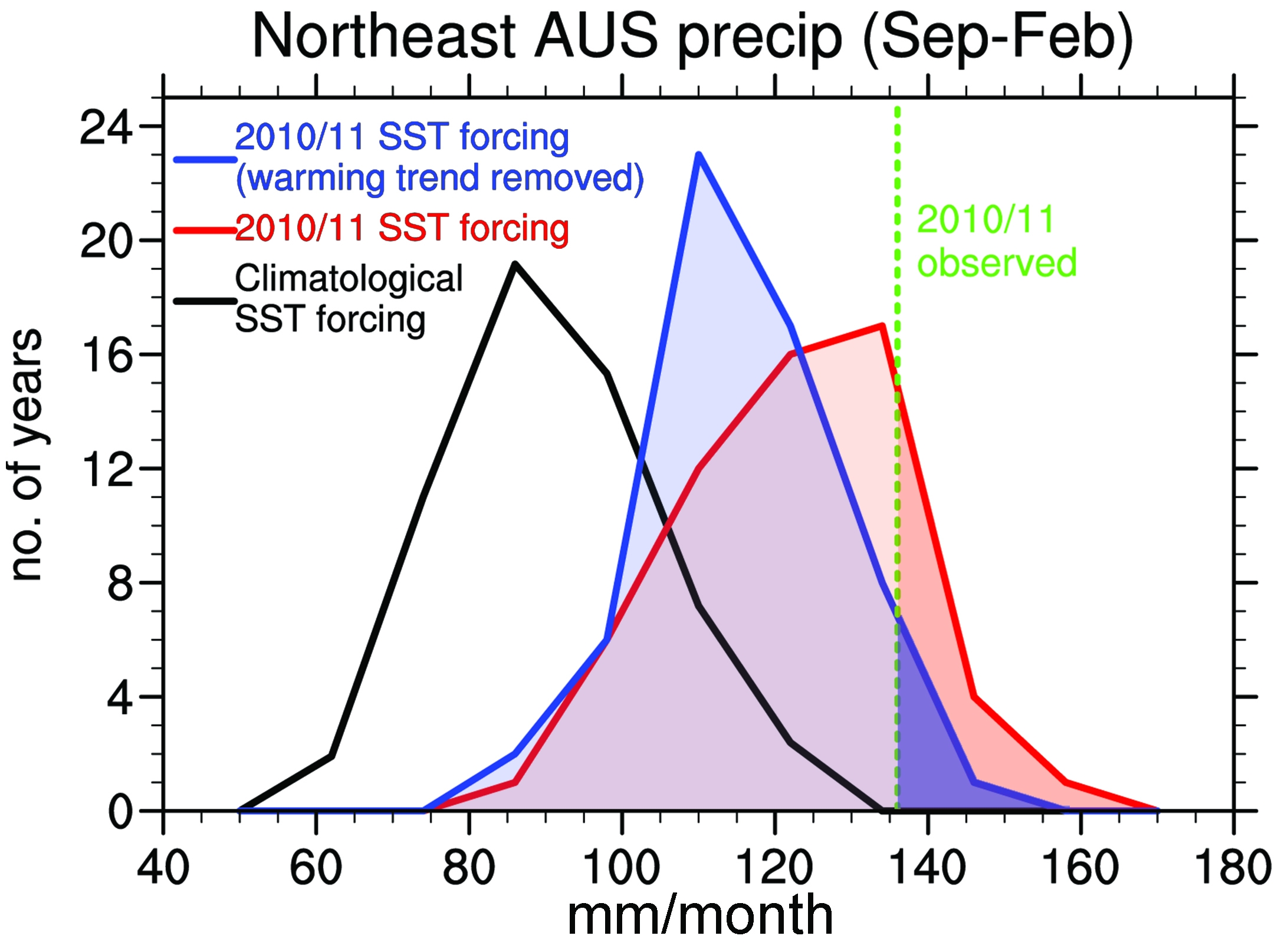 “The additional warming of the oceans has profound impacts on the atmosphere. It increases the amount of moisture in the atmosphere and can intensify rain-producing circulation conditions,” said lead author Dr Caroline Ummenhofer from Woods Hole Oceanographic Institution.

“This is why in 2010/11 more moisture was brought onshore along Australia’s east coast. Stronger rising motion over the northeast resulted in higher rainfall, increasing the odds for Australia to suffer extreme rainfall conditions during this strong La Niña.”

In addition to the warming oceans bringing more rainfall, previous research has also shown that as a result of global warming strong La Niña and El Niño events are likely to become more frequent.

“Many past studies have found a global warming link to heat extremes. This study is one of the first to show how ocean warming can impact a heavy rainfall event,” said Dr Ummenhofer.

“As we come into climate change talks in Paris, this research offers yet another incentive for countries around the world to take action to forestall global warming.”

The research was published in Geophysical Research Letters.

A wet winter, a soggy spring: what is the negative Indian Ocean Dipole, and why is it so important?